Sasha Banks, whose real name is Mercedes Kaestner-Varnado, is one of the most popular WWE Superstars on the roster.

We asked her fans in Singapore what they would like to ask her. And, here are her responses.

What is the biggest challenge in an industry that is dominated by men?

Biggest challenge is always getting out and making sure I am always at the forefront. There’s a handful of boys but you can count using one hand how many girls there are in this company. But I think we are doing a great job. We are going to be equal to them. We are called Superstars and we are not Divas anymore. It is not as hard as it used to be and we are making it happen.

Speaking of Superstars, what does it mean to you that WWE women are now called Superstars instead of Divas?

Of the women in NXT at the moment, who are you most looking forward to working with on the main roster, and why?

Right now my favourite is Peyton Royce. I got to train with her for a little bit and she’s absolutely incredible. She’s a big Eddie fan too like myself. To see what she can do in the ring, wow, she can go. And I think she’s the future star of NXT. And you know, I think people need to watch out for her.

And I would love to wrestle with Asuka. She is unbeatable right now. She’s been the longest running NXT champion and I just think it’s because I wasn’t there with her. She thinks she’s the best but I’m better than her, of course.

And another one, I think, to look out for is Lacey Evans. She’s brand new and I remember watching one of her matches and she’s incredible, she’s a greater performer. I feel like we need more women on the main roster right now.

Did you and other wrestlers know that The Undertaker was going to retire? What are your thoughts about his retirement?

I didn’t know it was going be Undertaker’s last match but just knowing that he’s been with the company for such a long time and that he’s just a legend. I remember watching the match and having goosebumps and knowing that I can’t believe I’m in the same company at the same time as The Undertaker and I’m here backstage watching his final match.

If you could bring a deceased WWE wrestler back to life, who would it be and why?

Eddie Guerrero. He’s my favourite wrestler. I would like to sit down and ask him so many questions wanting to learn from the best, in my opinion.

What do you love/hate most about doing tours to faraway cities like Singapore?

I hate being on airplanes for a very long time. I’m cramped up and I can’t sleep. I love exploring and seeing new things and experiencing different cultures. I cannot wait to come back to Singapore.

Just so you know, the Entertainer 2015 app is not just for upper crust folk who like to dine…
byRachel Chan 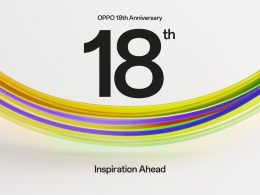 To mark its 18th anniversary, OPPO will launch the OPPO Global Community and OPPO Inspiring Service Week to…
byIrone Kim

When Netflix introduced its shows with all episodes at once, it broke the industry mold, and viewers are…
byChitra Kumar People all over the world are worried as the Wuhan novel coronavirus continues to spread, and more confirmed…
byAngeline Rodriguez