A total of 20 artistes have received this award since it’s inception in 1994, with Peh, Ng and Quan being the latest three addition.

When Quan received her award, her daughter, actress and model, Eleanor Lee, 17, went on stage to sing a touching song dedicated to her mother. Quan Yi Fong teared, as well as many others in the live audience.

Mediacorp Channel 8 shared this video segment on their Facebook page, with the description: “Not a single dry eye in the room, is the best way to describe this beautiful performance by Eleanor Lee!”:

The post got mercilessly trolled online with negative comments about how staged the segment was, accusing Eleanor Lee of lip-syncing, and how unfair it was when Quan Yi Fong and her daughter got so much airtime while the other two award winners, Elvin Ng and Joanne Peh who is pregnant, got rushed off the stage due to time constraint: 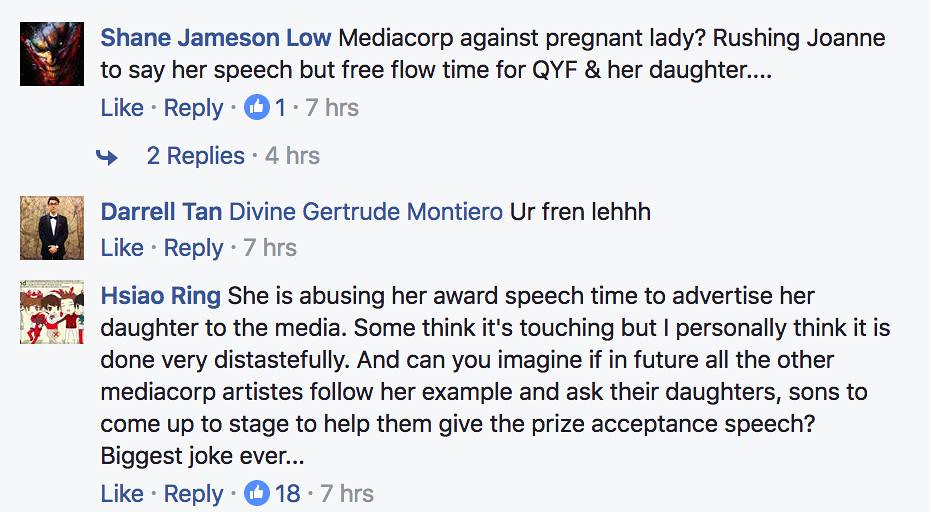 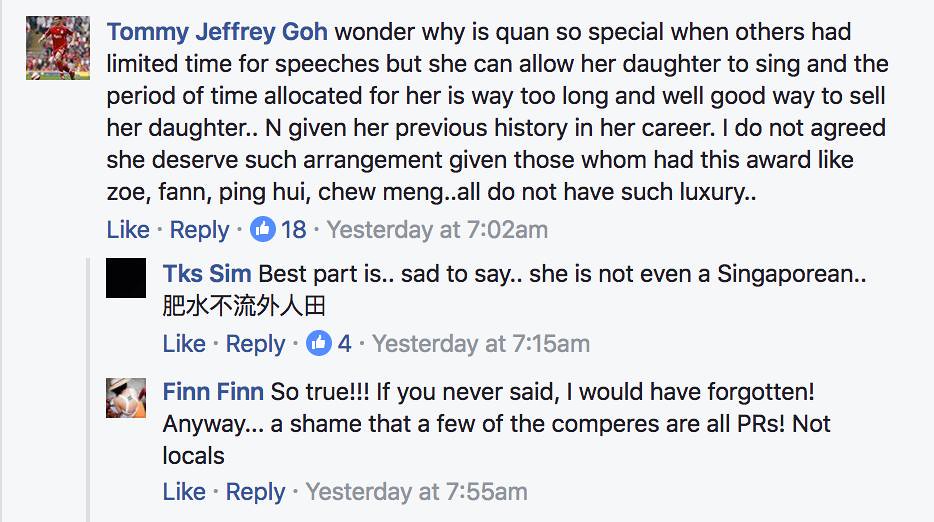 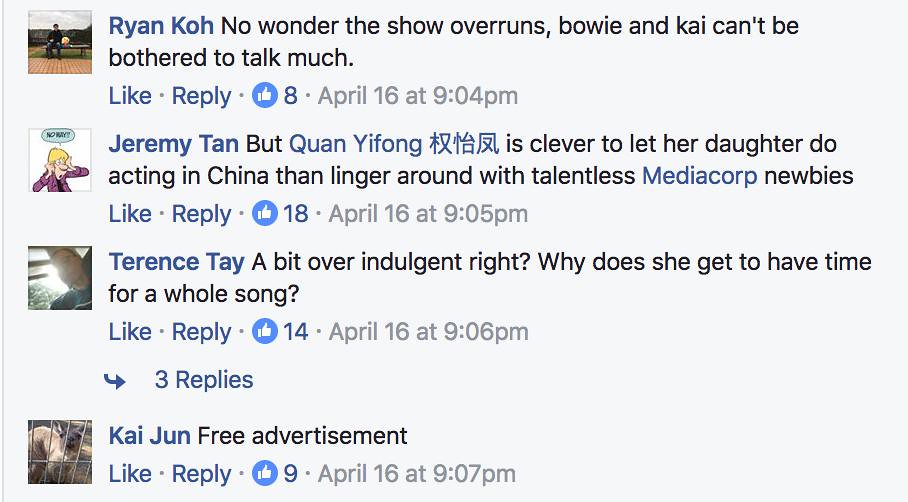 Luckily, there were fans who came to Quan Yi Fong and Eleanor Lee’s defence. Most felt that the negative comments were uncalled for and appealed to viewers to focus on the heartwarming mother and daughter bonding moments:

Regardless whether Lee lip-synced her song or if the segment was staged, we know for sure that Eleanor Lee is a rising star (and not just at the Mediacorp level, but globally).

Only 17, she starred in a commercial for Apple China which was released earlier in February this year:

This gig alone was said to have netted her a sweet six figure pay cheque. Acclaimed Hong Kong director Ann Hui had a hand in the commercial, which also involved award-winning cinematographer Christopher Doyle.

Now you know why Mediacorp might have wanted to borrow her rising fame. They probably need Eleanor Lee more than she needs them.

Next time when Lee becomes a superstar, remember one of the first time she sang on live television was during a Star Awards 2017 tribute segment to her mum!

BTW, if you can’t get enough of Star Awards trolling, do check out these hilarious posts from Facebook user, Dennis Lim who thoroughly demolished the fashion disasters at the award this year. The Great Singapore Sale (GSS) is back! Organised by the Singapore Retailers Association (SRA) with UnionPay as the Official Card…
byalvinology