Is something sorely lacking in your travel itinerary? If an adventure of your lifetime is what you’re looking for, we suggest visiting these insta-worthy theme parks.

There’s a catch; these amusements parks are abandoned. Yet, their beauty remains.

Hello, is anyone there?

If you’re in luck, the only people returning your question at Yongma Land are either cookie-cutter K-pop groups or tourists. This deserted theme park has seen the likes of famous Korean singer IU and popular boy band such as EXO filming there.

Modelled after Disneyland, Nara Dreamland is an abandoned theme park in Japan once favoured among fervent theme park-goers. Now, you don’t have to pay a single cent to enter this Disneyland look-alike.

The more untamed it is, the more it exudes a rustic kind of grandeur.

Inspired by the classic novel, Gulliver’s Travels by Jonathan Swift, this theme park in Japan was in fact badly received after opening in 1997. Well, one can connect the dots easily for it was situated in close proximity to Aokigahara – Japan’s famous suicide forest.

It’s simply a pity that this park has since been torn down. Otherwise, it would have made for an insta-worthy place.

Trust us, we were just as bemused upon learning that this amusement park is now permanently closed. After Hurricane Katrina struck New Orleans in 2005, it has laid dormant for about a decade.

Located just 14 miles from downtown New Orleans, this may be a tourist attraction you want to consider visiting.

There’s something about this deserted amusement park that we can’t wrap our heads around but it does have some pretty scenic backdrop for candid photography. That is, if you not frightened off by the rumoured prospects of falling into 30 metres-deep manholes and dogs lurking in the thickets.

The next time you’re in Hungary and seeking for cheap thrills, why not head to a “ghost town” amusement park? Have a taste of the peace and quiet in this European country, albeit in a different manner altogether.

While you’re at it, remember to take some street shots.

China is well-known to replicate famous landmarks beyond its borders – think Hallstatt in Guangdong and London Tower Bridge. Having said that, doesn’t this unfinished amusement park bear some resemblance to Disneyland?

Unfortunately, this park that was designed to be the largest and one-of-its-kind in Asia stopped its construction in 1998. Although there were plans to resume construction, we all know how these things usually go.

Even on Google Maps, the location of this now-defunct theme park can prove to be elusive. Is this a sign to rethink your decision before you step foot into this amusement park that has taken several lives?

Greenland shut down in 1999 and as weeds grow around it, rumours about hauntings in this place thrive.

Indeed, it would be a miracle to see this theme park open again.

The original Miracle Strip Amusement Park first opened in Panama City Beach in 1964. Then, it shut down in 2003 before re-opening a decade later, but elsewhere in Panama City Beach. In September 2016, all merry-making at the park came to a halt as the owners couldn’t pay rent.

Here’s a word of caution – as insta-worthy as these theme parks can be, you’d never know what you’ve signed up for until you’re there. 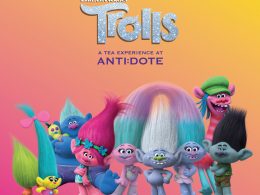 Your child can now realise his/her dreams of flying at SG Aviation Training – a flight school dedicated…
byKaryn Cheong
Power up your child's learning with Geniebook.
Sign up for free demo
This is default text for notification bar
Learn more