No Jay Chou-lookalike durian seller revealing his sexy Calvin Klein undies to open the durian fruit for you. No gimmicks this time. Just the freshest and cheapest Mao Shan Wang durians you’ve seen this year.

There’s simply no need for the likes of the ultra-fit Malaysian durian seller, Jordan Yeoh to make an appearance for durian sales to skyrocket – when the prices of durians are as inviting as it is now. Come March, the price of Mao Shan Wang durians, also known as Cat Mountain King can fall as low as $10 per kilogram once stocks start trickling in.

Typically, the durian season would only arrive in June but this year, durian lovers are in for a treat. Due to the early arrival of the durian season in February, the new price of Cat Mountain King durians can go as low as half of its usual price, $18/kg.

Well, globalisation does come with its perks after all. This worldwide phenomenon is the key reason we’re able to enjoy dirt-cheap Mao Shan Wang durians. Owing to the erratic weather pattern these days and unusually good weather at the end of 2016, the durian season is predicted to run from February to August. This rarely happens – and if so, only once every decade.

This year, the durian season could also extend to as long as half a year, which only gives us all the more reason for this sinful indulgence. In case you didn’t know, durians are high in calories – but well worth the hour-long runs once you sink into those succulent meat.

As if we didn’t already have enough reason to buy home some Mao Shan Wang, the quality of the durians in the current season is way better than those in December last year. Some seasoned durian sellers have also recommended Red Prawn and D13 durians with one as cheap as $2. D13 also has a consistent quality with an unbeatable taste – promising one with fresh and succulent meat.

If enjoying this seasonal and tropical fruit in the heat isn’t what you have in mind, then Fruit Monkeys at Rangoon 88 is the perfect spot to go for your durian cravings. Unlike the street-side stalls that have become synonymous with the local experience of savouring durians, the outlet is air-conditioned. There’s even vacuum-packaged durians to retain the freshness and taste for 3-4 days, especially for customers who want a take-out.

It’s not everyday we can have such cheap durians so you can count on us “jio-ing” our friends for some Mao Shan Wang.

If you’re the kind who prefers buying back whole durians home and chopping them, you may want to check out this amusing video for some tips. The second method may be a bit unorthodox, but we’d do anything just to crack open that durian we can’t wait to dig in. Would you do the same? When I first saw the new Opel Astra in the flesh, I was pleasantly surprised with its good…
byTakeshi Kawaguchi 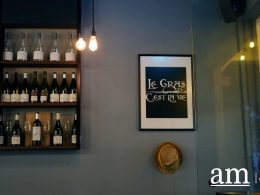 Located at the tail-end of Teck Lim Road, at the intersection between Keong Saik Road to Neil Road,…
byalvinology 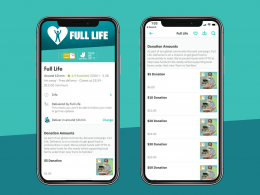 Starting from this Lunar New Year, in collaboration with charity organisation Food from the Heart (FFTH) and The…
byIrone Kim Easily take to the streets from the gym in the latest pair of Moda Run by the trendy…
byCarrie Er
Power up your child's learning with Geniebook.
Sign up for free demo
This is default text for notification bar
Learn more