It’s a daily humdrum — taking that long commute from your home to work or school and back home again. And while at home, you surf the net aimlessly to kill time. We can definitely relate to that monotony, but hey, your commute doesn’t have to be a dreary affair if you make full use of your time to catch that movie you’ve always wanted to watch. We have put together a list of 10 must-watch movies that will enliven your daily humdrum, even at home!

Tom Cruise is practically the face synonymous with action films, as he now plays the role of Jack Reacher in this movie based upon Lee Child’s bestselling novel Never Go Back. His mission is to clear the name of his previous superior Army Major Susan Turner but that’s all we are revealing – this is a movie you have to watch for yourself.

Any blockbuster associated with Marvel Comics is almost always a guarantee of outstanding box office sales – and Doctor Strange is no exception. Remember Benedict Cumberbatch, the English actor most known for his role as Sherlock Holmes in the series Sherlock since 2010? He’s now the male protagonist in this exhilarating super-hero film that’s bound to keep you on the edge of your seat, alongside the ever-stunning Rachel McAdams.

Ben Affleck and Anna Kendrick are probably two names you find familiar when it comes to this crime thriller, The Accountant. Starring as a geeky accountant who works for some of the most menacing criminal organisations, Affleck shows us that he’s still got it as we remain glued to the screen throughout the movie.

Storks give animation fans a reason to rejoice besides its adorable-to-boot characters – with an underlying message beneath all the cuteness. In the movie, “storks” deliver babies and in one unexpected instance, a baby girl came out of nowhere. It’s now up to Junior, the top baby delivery stork in the company to ensure this slip-up doesn’t get noticed but in the process, he unknowingly helped a family. So keep your eyes peeled for this adventure comedy with voice-overs by comedians like Andy Samberg and Ty Burrell.

Remember those creepy-crawly feelings you get when watching a horror film? Lights Out magnifies those feelings and we would recommend this if you want some scary moments in the dead of night (or should we say, in an empty train carriage). This movie follows the lives of a family who slowly – and inevitably – came to grips with a shadowy figure that had haunted their mom since a tender age.

Mix a bunch of incarcerated super-villains to fight against an almighty nemesis and you get Suicide Squad. This action film brings us through the mayhem – accompanied by truckloads of laughter – that goes into surmounting the impossible, and reveals to us a raw, emotional side of criminals we didn’t think is possible. And for the guys, there’s Robbie Margot as Harley Quinn. ‘Nuff said.

The release of this blockbuster sci-fi movie produced by J. J. Abrams had many waiting in bated breath and it’s not hard-pressed to see why. As the third installment in the remake of the film series, Star Trek Beyond pays homage to the legacy left by the media franchise in ways Trekkies would be proud of.

Following the massive success of its predecessor, Now You See Me 2 continues to leave its audience stupefied with its bag full of magic tricks and dynamic story plot. British actor, Daniel Radcliffe alongside Taiwanese actor/singer/songwriter Jay Chou, most well-known for his cool demeanour, have also made surprise cameos in this blockbuster. Be bedazzled.

If you’re on the hunt for some of the most heart-stopping, horrifying and haunting films, The Conjuring 2 tops your list of must-watch horror films. The sequel to the immensely popular “The Conjuring” doesn’t disappoint – witness how real-life clairvoyant couple, Ed and Lorraine Warren surmount some pretty scary encounters with the unknown. While all good things come to an end, the possibility of a third installment – which director James Wan has alluded to – brings us renewed hopes of another movie to look forward to.

Spotlight is a highly-praised movie based on Boston Globe’s Pulitzer Prize-winning investigation into a salacious church debacle concerning the Catholic Church. It features Hollywood heavyweights, the likes of Mark Ruffalo, Michael Keaton and Rachel McAdams, in this thrilling biographical crime film, unravelling the truth mired in layers upon layers of cover-ups.

So yeah, how are you going to catch all these movies on the go? Easy peasy.

You can now enjoy access to all of these movies and many more (in HD quality, no less) on CATCHPLAY ON DEMAND, be it on your tablet, laptop (via web) or even mobile device (via App on both Apple and Android). It even supports Airplay on Apple devices and Google Chromecast device.

CATCHPLAY ON DEMAND is THE answer to your prayers when it comes to watching the latest movie release anytime and anywhere. Oh, and did we mention that it supports seamless watching – meaning you can pause the movie on one device and continue watching on another – allowing you to switch between multiple devices effortlessly?

Besides, the registration process for this video-on-demand service is not in the least cumbersome – you just need to use your mobile phone number or Facebook account.

Users may choose to join as MOVIE FANS for free and be entitled to watch one free movie each month from “On The House” section. It’s a free membership which doesn’t require any credit card info and doesn’t expire in comparison to free trials offered by other services. For those movie buffs, the alternative is to join as MOVIE LOVERS, the monthly package includes one single rental of latest movies, plus unlimited viewing from “Movie Lovers Unlimited” section. Or you can pick any one movie and pay as you go.

Lucky for you, CATCHPLAY ON DEMAND now has a promo code especially for Alvinology readers to redeem any movie from the vast line up. Now this gives us a reason to CATCHPLAY anywhere, anytime you feel like watching a movie.

Here’s how to use the promo code: 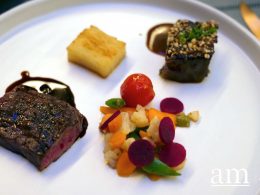 Get that mid-day perk-me-up in a different texture with the new Starbucks Coffee & Milk Tea Panna Cotta…
byDanielle Ann
We are now on Telegram with daily deals and giveaways! Click and join our channel. It's FREE!
See how Snapask has been helping out over 3 million students around the world. Find a perfect plan