Many of us who are born before the 1990s should know who Lam Ching Ying (林正英) was. Lam Gun Bo (林根寶), his real name, has earned his fame in many of his horror-comedy-action movies as a Taoist priest back in the 90s. How did Lam get into stardom? It all started when Lam, at the age of 19, challenged Bruce Lee for a fight because he doubted Bruce’s fighting capability. Through this unconventional meet up, Bruce Lee decided to hire Lam as his personal assistant. When Bruce Lee died in 1973, Lam was totally devastated. It was until the 1980s, Lam becomes Sammo Hung’s (洪金宝) right-hand man in the stunt team. Sammo was also the producer of many Lam’s movies. 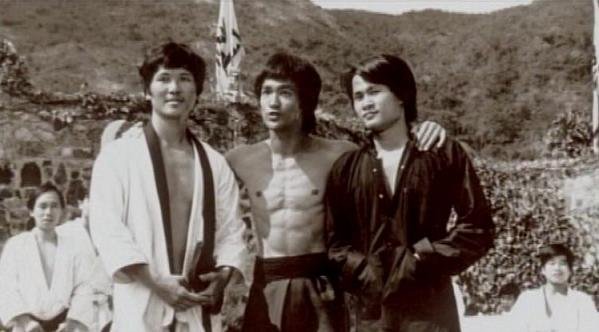 In 1985, Lam raised to fame with his classic hopping vampire movie, Mr. Vampire. Produced by Sammo, Mr. Vampire was extremely successful with a box office record of HK$20,092,129. Many sequels and spin-offs of this blockbuster are filmed with Lam continuing his role as a strong-headed and highly skilled Taoist Priest who always save all mankind. In all of Lam’s classic vampire movies, they have one thing in common: “stop breathing” to avoid being spotted by the bloodthirsty vampires. During the 1990s when Hong Kong movie industry went decline, Lam passed away on 8 November 1997 due to liver cancer. Since I have watched his movies since young, here are the Top 5 Lam Ching Ying classic vampire movies that’re worth watching again.

Produced by Sammo Hung, Mr. Vampire is a horror-comedy movie that brought Lam to stardom. The movie plot is about the planned reburial of a village elder went totally wrong. The corpse awakens and becomes a bloodthirsty vampire. A Taoist Priest, acted by Lam, and his two disciples tries to stop this terror. Box office record? Over HK$20 million. Also known as Vampire Family and produced by Sammo Hung, the movie plot is about grave robbers who managed to find the perfectly preserved man, woman, and their child corpses. One day, the talismans are accidentally removed from their forehead and the vampires became alive, started hopping and attacking innocent people. Lam then embarks the mission to destroy the vampires. This movie has a box office record of HK$17,072,137. Known as the “Vampire Buster”, Lam came back with this 1989 movie, Vampire Vs. Vampire. Starring as One-Eyebrow Priest, the priest discovers that the water supply in the village has been contaminated by bats. During the process of sourcing new water supply, the priest unearths the corpse of an evil priest, which later resurrects into a blood sucking vampire. This movie also includes a lusty female ghost and the spirit of a wandering murdered prostitute. After this movie, people started addressing Lam as the One-Eyebrow Priest. The box office of this movie is HK$11.19 million. 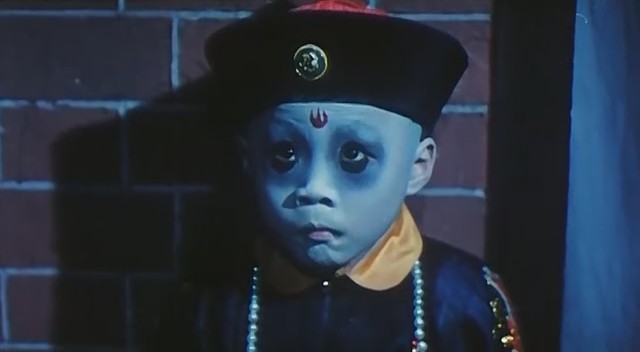 This 1991 box office movie is the unofficial sequel to The Gods Must Be Crazy 2. The story is about an ancient Chinese vampire falls out of a plane during its flight back to Hong Kong and lands in a village of friendly African tribesmen. This movie also stars Nǃxau, the actor who played in the famous movie in 1980 “The Gods Must Be Crazy”. Besides the laughter and action of Lam chasing the corpse, Lam also summons the late Bruce Lee to help the African villagers. The box office of this movie is HK$10,956,105. Released in February 1990, this horror-comedy movie was the most underrated movie. Informally known as Mr. Vampire 5, this movie tells a story of a stewardess killed by the police after being suspected of being a drug smuggler. Uncle Feng, an experienced policeman, found that the dead stewardess was being controlled by a Japanese magician for smuggling drugs. Using his supernatural skills and years of experience in the police force, Uncle Feng tried to find the Japanese magician and battle it out. The box office record of this movie was HK$3,645,000. 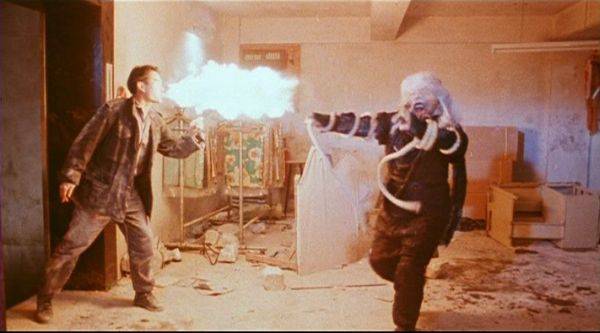 Lam Ching Ying has passed away for almost 20 years. From 1971 to 1994, Lam Ching Ying has directed and acted nearly 40 movies. After his passing, there are series and movies that pay tribute to him such as My Date With A Vampire and Rigor Mortis.

Feel free to share with us what are your favorite Lam Ching Ying’s classic horror movies. Next up in the DEFY family comes the DEFY x SG, a first peek into the SG x…
byDanielle Ann