Samsung officially stopped production and sales of their supposedly flagship model, the Samsung Galaxy Note 7. For fans (and non-fans) of the Samsung brand or Android OS who bought the Note 7, must be damn pissed and angry at the whole saga. Especially when during the recent recall and replacement exercise, we the consumers were told by their staff that the new set of phone is now safe to use and will not explode.

They say so mah, so we believe loh! Happily we took the phone home and started using it. Everything is all well and all until news spread about replaced Note 7 exploding AGAIN!

Then came the official announcement from Samsung HQ and plastered online, the official STOP for Note 7 sales and production. Action plans and other information could have been shared across the many countries etc, but the one thing that is read very loudly and clearly by Singaporeans is just this…

“Consumers using any Note 7 (including replacement units) are urged to power them down immediately and return them to wherever they were originally purchased. Carriers have issued statements letting customers know that replacement Note 7s can be exchanged for another handset from Samsung or other manufacturers.”

When friends shared the news with me today, I waited till end of the day before I tried checking for local Samsung to put up their statement. But I found nothing. Nothing on their website, no new posts about it on their Facebook page. Until I scrolled and look carefully… ah… hidden inside their posts! WHAT?? Samsung Singapore office isn’t ready with their plans as the official announcement was made globally. Which I felt was a bad move. I’m sure everyone in Samsung would have been told about this and given time to prepare their official announcement to their local market. Asking the thousands of Note 7 buyers to just power down their phone and wait for things to happen isn’t going to please anyone. Maybe I’m just one of the rare few that isn’t that bothered about this. I bought the Note 7 after watching too much Korean Drama, because everyone in the series Monster were using the Note 7. And NONE of them got burnt what? Till now, my Note 7 is still powered on and I’ve no intention to off it. If it blows, it’ll blow. Even if it is turned off. So far no Note 7 in Singapore has been reported to be blown up, this may also be one of the reasons why Samsung and our local telcos are not rushing the recall/refund yet. Just think about the massive logistics and planning to make this a smooth transition for all the Note 7 owners in Singapore!

I don’t know what’s the plan going to be, but no matter what, our local telcos and Samsung better have sufficient cash and phones ready for this round of recall. Because knowing Singaporeans, there’s going to be lots of banging actions come day break at Westgate.

Oh and this complain on their page really tickled me. I like Chicken rice leh. If I buy one plate I cannot resists not to eat it loh!

So are you powering down as asked to or still using it cos “Aiyah… won’t blow up one lah!”? Gudsht, the Singapore bottled cocktail label that has been causing quite a stir on social media with its…
byZenn 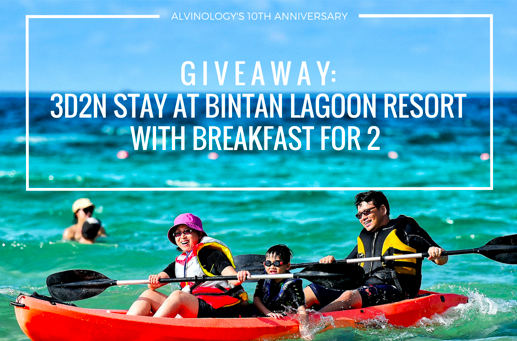 After our altruistic mothers that we very much dote upon, the next person to treat right is none…
byCarrie Er
Power up your child's learning with Geniebook.
Sign up for free demo
This is default text for notification bar
Learn more