After completing their rigorous swim events, the Olympic swimmers had to walk pass a huddle of journalists from similar nationalities along a crowded mixed zone at the Olympic Aquatics Centre yesterday morning (Singapore time).

Waiting to be stalked by journalists as the swimmers walk from the pool deck into the zone. The journalists, one Leonard Thomas from The New Paper in Singapore in particular, think it is their God given rights for swimmers from their countries to talk to them after the exertions in the water.

That is how it is neatly choreographed according to the media, it is the formula used in supposedly every competitive venue at the Olympics, World Championships or World Cup.

A small Singapore scrum was there waiting to pounce on Quah Zheng Wen after his weak performance in the men’s 100m backstroke heats.

As various interviews were going on elsewhere along the line, Leonard Thomas and other Singapore journalists waited a little longer, before Quah emerged at one end, and walked past them all without breaking stride, only saying “Hi guys”, before disappearing.

Quah acknowledged the journalists, but probably was under too much stress to address them. It was understandable.

If his race was disappointing, then the lack of professionalism and pettiness by some of the journalists present were even worst.

Leonard Thomas, a “big man with even bigger views on sports”, went on to publish two disparaging news articles about Quah Zheng Wen’s silence in The New Paper, a reputed sports newspaper in Singapore.

“Quah was visibly upset and, after finishing seventh in Heat 4 with a time of 54.38sec, he didn’t want to face the media. The pain was understandable, when the 19-year-old’s national record reads 54.03, and when he’s been in intense training for these Olympics.” Wrote Leonard Thomas in one of his article.

Thomas seems understanding here, but he went on to add that he wished Quah would “stood up to face questions instead of walking off”.

“Because at this level, that is what athletes do.” Wrote Thomas.

I believe most Singaporeans would prefer for Thomas to give Quah a break instead of poison penning him.

“It would have become part of his learning curve in a possible grand mission at the 2020 Olympics in Tokyo. It would have said much about where he’s at, mentally.” Thomas continued.

It would have become part of Thomas’ learning curve in covering future Olympics and major sports events if he exercised more compassion. It would have said much about where he himself is at too, mentally.

In a Facebook post by a concerned employer, Denise Han, you’ll see that the Singaporean mother expressed outrage…
byDanielle Ann According to a report by The Straits Times, Singapore blogging queen Xiaxue is considering submitting an application for…
byDanielle Ann 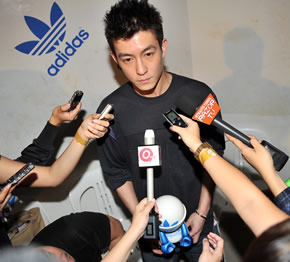 Amidst the global recession making all the news headlines since the start of 2009, the past week saw…
byalvinology