A recent survey of airline passengers by Honeywell in America revealed more than increased frustration with current in-flight Wi-Fi offerings compared with the company’s 2014 study.

Nearly 3 of 4 passengers are ready to switch airlines today to have access to a faster and more reliable Wi-Fi connection. In addition, out of more than 1,000 American travelers polled, annoyance is growing, with just 22 percent reporting their in-flight Wi-Fi to be extremely reliable over the past 12 months, a dip from 27 percent in 2014.

Travelers have made it clear they expect consistent, faster in-flight connections, and this survey reveals three key reasons why airlines must act quickly to deliver this service or risk losing business.

When traveling, passengers expect a reliable connection to stay in touch with their friends and family, get work done, or be entertained. If that means selecting another airline over their preferred choice, they will do it. More than 1 in 5 (21 percent) have already abandoned their preferred airline for an option with better in-flight Wi-Fi (up from 17 percent in 2014). In-flight service is clearly top of mind for passengers and impacts the way more than two-thirds (68 percent) of travelers book their flights.

With the rise in personal electronic devices, consumers expect reliable connectivity anywhere, including while in flight. Six in 10 (60 percent) travelers surveyed say they would most likely feel disappointed or frustrated if they got on a plane that did not have in-flight Wi-Fi. Even more, 84 percent of travelers, say it is important to have an experience identical to what they have at home or in the office. Most travelers find it essential to experience a reliable connection throughout their entire flight anywhere in the world (90 percent), and one that is fast enough to stream audio or video from sites such as YouTube and Netflix (83 percent).

Millennials Value Wi-Fi More Than Most

U.S. millennials — those born between 1982 and 1998 — represent the most connected generation that took part in this survey, and are the first full generation to grow up in the digital age with news, entertainment, commerce and social networks at their fingertips. If airlines want to earn the business and loyalty of one of the largest consumer segments, they must offer the best global in-flight Wi-Fi service. More millennials than older generations (73 percent versus 63 percent) say Wi-Fi availability impacts the flights they book. Because they value a connected experience more than older generations, more millennials find it important to have fast speed to stream content (89 percent versus 77 percent), and more than 1 in 4 have switched from their preferred airline to an airline with better in-flight Wi-Fi options (27 percent versus 15 percent).

The Honeywell Aerospace Connectivity 2016 Survey was conducted by Kelton Global between April 11‒20, 2016, among 1,008 Americans ages 18 and over who have used in-flight Wi-Fi in the last 12 months, using an e-mail invitation and an online survey.

Results of any sample are subject to sampling variation. The magnitude of the variation is measurable and is affected by the number of interviews and the level of the percentages expressing the results. In this particular study, the chances are 95 in 100 that a survey result does not vary, plus or minus, by more than 3.1 percentage points from the result that would be obtained if interviews had been conducted with all personas in the universe represented by the sample. The margin of error for any subgroups will be slightly higher. 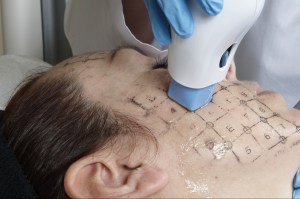 New sun-soaked merchandise, frappe, and returning favourite at Starbucks to blend in with the summer heat

Voyage to the heart of summer this month with new, dreamy merchandise at Starbucks Singapore, featuring a long-awaited…
byIrone Kim 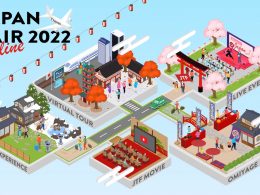