Bukit Batok is for Murali and the PAP to lose; not Chee to win

I know, the title of this post is confusing, but I will explain why the logic is profound.

The Bukit Batok by-election is not for Dr Chee Soon Juan or the Singapore Democratic Party (SDP) to fight and win. Rather, it is for the People’s Action Party (PAP) and it’s candidate, K. Muralidharan Pillai, to lose.

By statistical probability, the parliamentary seat should be returned to the PAP with an easy victory. That is unless the PAP or Murali screw up awfully.

Have you heard the Japanese folktale about a feudal lord and the three samurai cats he hired to help him get rid of a pesky rat? I was reading the children’s book, “Three Samurai Cats: A Story from Japan”, written by Eric A Kimmel, to my son last night.

At the end of the book, what struck me was how the moral of the story applies to the Bukit Batok by-election in Singapore.

What do I mean?

In the folktale, the feudal lord was being harassed by a giant rat in his castle and seeked the help of a monk to deploy samurai cats to help him defeat the rat. The first two samurai cats sent to fight the cat tried to win with brute force and through direct competitions, but were both badly defeated.

The third cat, did nothing at first when he arrived at the castle and continued to do nothing but observe the rat. It was only after several weeks later when the rat fumbled and got itself trapped under a big ball of rice due it’s growing arrogance that the third cat pounced at the chance to defeat and chase the rat out of the castle.

Moral of the story?

Sometimes, it is best to simply let the opponent to defeat itself.

Bukit Batok is a stronghold of the PAP, as are most areas in the western part of Singapore. Murali is no pushover and Chee’s checkered past always come back to haunt him during elections. Read my previous post on why Chee faces an uphill (in fact, near impossible) task to try and win at Bukit Batok.

The way I see it, the only chance for Chee to win is for the PAP or Murali to do something really stupid to piss off voters in Bukit Batok.

She was the PAP MP who lost her Bukit Gombak seat in Parliament at the 1991 general election to Ling How Doong of the SDP.

One factor which is thought to have contributed to Seet’s defeat was an incident in which she washed her hands after shaking hands with a fishmonger while campaigning in a market, which drew negative publicity.

Maybe if Seet did nothing and not went to campaign at the market, she would have retained her seat at Bukit Gombak comfortably.

After all, the lightning bolt is a trusted brand in Singapore which many Singaporeans will just blindly vote for.

If I am Murali, I would just try to keep a low profile and avoid any Freudian slip of the tongue or do anything silly which will turn people off. I will avoid speaking to the press and avoid making statements which I can be held accountable for. Instead, I will just make general motherhood type statements like how I wish to improve the lives of the residents and make them happier without going into specifics.

If I am Chee, I would wait and hope for Murali to fumble because that would be the only way to win.

In other words, I am predicting this is going to be a pretty dull by-election without much mudslinging or accusations from both sides. Popcorn sales won’t be doing so well.

Then again, with Chee and how he like to court controversy in the past, you never know. Relish in authentic and fresh-tasting Japanese delicacies at Kanda Wadatsumi

Whenever lunch time comes around, you often find yourself undecided. Well, one thing’s for sure – Kanda Wadatsumi saves you…
byCarrie Er 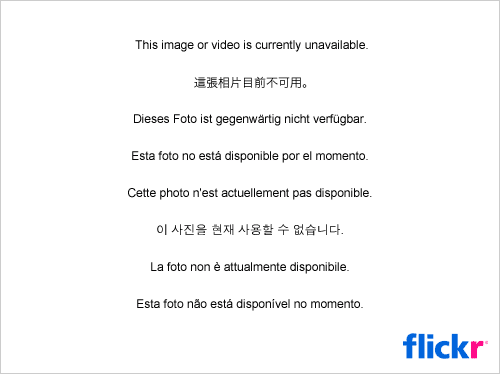