So, all the active online folks from bloggers to social media influencers to YouTubers to Instagrammers are all discussing about the tax collectors knocking at our doors.

Here is the link to the full IRAS document with regards to “Income Received from Blogging or other Social Media Marketing Activities” for background.

Channel NewsAsia was the first to break this news among the mainstream media and I was quoted in the article as below:

“If this is really true, it will kill the whole blogging scene. Who will go for food tastings now? IRAS also has to be fair to bloggers – most of us are one-man shows with no resources to do these things,” he said, adding that he presently files taxes under a registered company.

Mr Lim also noted that it would be “double standards” if the same were not applied to media companies. “Do journalists file taxes for media gifts, food tastings, family trips or media junkets?” he asked.

To clarify on my stand, I am all supportive of IRAS reaching out to tax bloggers. This means that blogging is now properly recognised as a profession and that there are contributions back to society.

Also, I do believe big-ticket non-monetary sponsorship like a sponsored car or the full renovation of a house which can hit 5 or 6 figure in costs, should be taxed.

Food tastings, event invites and such? I find these debatable.

What I mentioned about “killing the whole blogging scene” was in relations to the possibility that a lot of fresh new bloggers or hobbyists, may just stop blogging altogether because they find it too cumbersome to file taxes for negligible non-monetary “benefits” like the occasional food tasting. These guys may just give up on blogging altogether, killing a form of freedom of expression, which in the first place, is already severely curtailed in Singapore.

From the other side of the fence, PR and brands will find it very difficult to invite bloggers for events or send them product samples because everyone gets all paranoid about being taxed for anything they received (or they simply take the products and don’t write anything so as not to end up providing a service which they can get taxed for).

Some clarifications are need from IRAS regarding one particular point though:

There is a lot of technical difficulties and clarifications needed here. Let me run through each of my queries. Pardon me if some of the queries seem stupid because I have no accountancy background:

Assuming my rate card is S$5000 for a blog post. A company sent me a carton of drinks which cost S$12 at the supermarket. I did not solicit for the company to send me the drinks, but they did so on their own accord. I tried the drink and decided that I like it and blogged about it. Do I declare S$6 non-monetary taxable “revenue” for the carton of drinks or -S$4988 loss of revenue?

Some PR companies or brands send me Chinese New Year or Christmas hampers to thank me for our close working relationship throughout the years. I post a picture of the hamper on my Facebook or Instagram to thank that back. Do I need to find out how much the hamper cost and declare it as “revenue”?

IRAS mentioned in a Straits Times article that “non-monetary benefits are not taxable for staff working in a media company, for instance, if they represent the company”. Do multi-author online news sites qualify as media companies? A lot of these sites are more akin to a media company than the notion of a one-man-show ‘blog’.

What if members of a site’s editorial team are the ones who received the non-monetary benefits? Like going for a food tasting or reviewing a hotel stay. Technically, they are representing a company if it is registed with ACRA right? Or do this only applies for the big boys like Singapore Press Holdings and Mediacorp?

I still think that if non-monetary benefits are taxable, the same norms should apply to journalists, freelance writers, travel hosts and other people who receive free gifts for work. Actually, why not apply it to everyone. All individuals, including civil servants should be declaring the value of the boxes of mooncakes, Christmas log cakes or other non-monetary benefits which they receive in appreciation of their work with a vendor or partner or client for taxes. If an individual put up a ‘thank you’ post for some gifts on a social media platform like Facebook where they have thousands of friends who will see the post, shouldn’t they be considered as ‘bloggers’ too and taxed?

What if we really do not know the cost of the non-monetary benefits received? For example, a PR company representing the MCCY wants to take me on a guided tour to visit the footsteps of the late Mr Lee Kuan Yew. The tour is led by all volunteers and all the food, drinks and itinerary are sponsored because everyone in Singapore want to pay tribute to honour the founding prime minister. Wanting to do my part for the nation too, I wrote a blog post about the tour to share with Singaporeans. This will constitute ‘service received in return for writing about a sponsor’. However, I am unable to pin a monetary value to the tour. What should I do?

Some of our other affiliated sites have written about this too. Check out Claudia’s take from her perspective as a sole proprietorship. 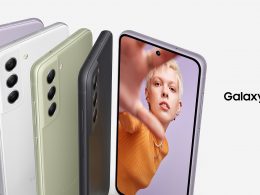 Ever considered seeking treatment in a private hospital but held back because of how expensive it is? We…
byContributor

Presented by the same folks behind Let’s Go Tour Singapore, an experiential tour agency, known for their curated bike…
byalvinology