The story of Auntie Shirley

Can you believe that Shirley (below) is in her early 60s? Well, neither do we!

Also known as Auntie Shirley, she is a grandmother to several lovely grandkids.

Auntie Shirley used to work as a cleaning lady at a childcare centre in Jalan Sultan. A warm and caring lady, she often went beyond the call of duty.

One of the parents of a child in that childcare centre frequently arrived late (beyond 7 pm) to pick up her kid.

Because of this, the centre had no choice but to impose late charges. This resulted in some unhappiness by the parent, who cited that she had a heavy workload.

When Auntie Shirley heard this, she offered to bring the child home. This was possible as she stayed near to the child’s home.

As she left work at 6 pm, Auntie Shirley would also cook dinner for the child, ensuring that she had a full meal before her parents arrived to pick her up from Auntie Shirley’s home.

Doing it out of her love for the child, Auntie Shirley refused to accept any money from the parents.

While Auntie Shirley has retired from work, she still swings by the centre now and then.

Whenever the principal of the centre had to stay back late to do work, Auntie Shirley (who lived near the centre) often popped by offering to buy dinner for the principal. She would also participate in the preschool’s activities now and then, brightening the centre with her cheery presence.

Do you know an auntie like Shirley? If you do, we would love to get to know her too!

Have you extended your help to a young child in need? Know someone who did so? Share your views with us!

To learn more about Equal Head Start, visit us at Equalheadstart.sg and like us on Facebook (http://facebook.com/equalheadstart). 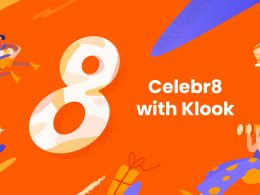 Klook’s 8th birthday is here! The company is partnering with its merchants to bring attractive prizes and the…
byIrone Kim

Get a wide range of groceries from meat, seafood, fruits, vegetables, deli, dairy, wine and many more at…
byIrone Kim

Frankly, I was very surprised by this official statement issued by our Minister for Defence, Mr. Teo Chee…
byalvinology
Power up your child's learning with Geniebook.
Sign up for free demo
This is default text for notification bar
Learn more