The Huawei Nexus 6P: Android Phone With No Compromises

Just What Is “Huawei Nexus 6P”?

Every year, without fail, just as surely as Apple would release the latest installment of their highly popular phone, Google will collaborate with a manufacturer of choice for its flagship Nexus phone. This year, it’s Huawei’s turn.

The yearly Nexus device is akin to Olympics. Like how countries would ravish on the opportunity to showcase their culture, heritage and financial prowess during their turn to host the Olympics, the Nexus 6P is Huawei’s coveted opportunity to put up a good show for the world to see. It is an opportunity for Huawei to truly shine… or sink.

Seriously? Huawei is a Chinese company!

Yes, yes. For the last couple of years, due to its portfolio as a budget phone manufacturer, Huawei has been making rather lacklustre phones. Heck, there is a Huawei phone sitting in my storeroom, abandoned because when I tap on an app icon, I have time to go to the kitchen, pour myself a glass of red wine and the app wouldn’t even have launched.

But is this what Huawei is all about?

Can A Huawei Phone Be Good?

You may not know it, but Huawei is one of the largest and most experienced networking equipment manufacturer in the world (even having done work for the military). Huawei has built wireless communication devices (including phones) even before a single line of code was written for Facebook.

Huawei certainly has the technology. Just recently, Huawei unveiled its latest pressure-sensitive touchscreen (think Apple’s 3D touch), which can even function as a weighing scale.

So, Huawei has the experience, the know-how, and the technology necessary to build the most promising competitor to Apple’s flagship. Could a flagship like the Nexus 6P help Huawei cast away its low quality and budget image?

To be honest, I had thought this box holds Chinese Mooncakes. There is nothing remarkable about the packaging, but so long as it does the job of protecting the phone, I have no complaints.

After unceremoniously cutting the ribbon to this phone, I am presented with an un-inspiring packaging layout.

It is only after you slide off the protective cover sleeve where the true oyster is revealed.

Look at how beautiful this aluminum finish is, complemented with the large fingerprint sensor, large camera with laser auto-focus, dual LED flash, and the gloss black area that houses all sorts of antennas, including the NFC receiver.

This is the first all-metal Nexus phone. The aluminum cover feels thick and sturdy. It certainly does not give the impression that it would bend or warp in your tight jeans pocket.

Despite packing a 3450mah battery that is larger than that of Samsung Note 5 and iPhone 6s Plus, this phone still maintains a very slim profile. There won’t be any ugly bulge when it is in your jeans pocket.

There is not much to be said about the front profile, except for that dual speaker setup. This means that you have stereo (left and right) channel audio when watching your favourite Korean dramas, a definite plus for those of you who watch videos on your phone.

I left iOS for greener pastures since iOS 4, so my apps and purchases are already in Google’s ecosystem. After booting up the Nexus 6P for the first time, I was prompt to log in to my Google Account.

Cup of coffee later, I returned to my slightly warm Nexus 6P to find my wallpaper, contacts, calendar and apps configured on my new phone exactly like my old Samsung Note 4. Awesome. Time to put the phone through its pace.

With Android M, Google launched a new “Doze” feature to help improve battery life. Doze kicks in automatically when your phone is idle (e.g. when you leave it on the table and turn in for the night) and switch the phone to an extremely low power mode.

I’ve put this phone through the paces and it is CRAZY. The battery barely dropped during the time I was asleep, and that is with the cellular radio on. I had never seen such great standby figures on any of the devices I’ve owned.

You know what this means? This means that leaving your phone on the charger overnight (which is very unsafe, mind you), or waking up to a phone with a flat battery is a thing of the past with Nexus 6P.

However, the Nexus 6P has a large screen, with one of the highest pixel density in the market (at 518ppi, this is more “Retina” than Apple’s Retina). This means that its graphic processor has to work hard to push those pixels. Added to this fact is that the Nexus 6P comes with the Qualcomm Snapdragon 810 processor, what I call a dual quad-core affair. There are a total of 8 processor cores in Nexus 6P, with one set of quad-core processor running your lower power tasks and the other set taking over when you start doing intensive things like gaming. This leads to the battery going quickly if you use your phone heavily. Then again, this isn’t too uncommon. Most flagship phones are unable to last a full day.

Many of my colleagues and peers who are still on iOS stayed there because they are easily annoyed by the little lags and stutters that Android is known for. I’m happy to report that they have given my Nexus 6P a spin, and all of them come away satisfied. App launches and switches quickly and there are no visible stuttering when scrolling. This is one phone that works buttery-smooth and is a pure pleasure to use.

One concern most people have is that many apps they rely on daily could break with the latest OS. While Google has made under the hood changes with its latest OS, I am happy to report that all the apps I rely on daily works perfectly. This includes SG BusLeh, my favourite bus arrival timing app, and CPF Starter, an app that helps me project my CPF savings over time.

We unlock our phones as much as 50 to 200 times in a day. Unlocking our phones has become a major time waster, and the addition on a fingerprint scanner in our phones has a big part to play in making our life better.

However, up till iPhone 6s, Apple’s implementation has been unreliable, requiring multiple attempts in order to unlock your phone. If your finger is wet or damp, fingerprint unlock might not work as well.

Android M is the first version with fingerprint scanner support baked right into the operating system. On the software front, Android’s fingerprint support employs some form of smart learning algorithm that promises to get more accurate the more you use it.

Nexus 6P’s fingerprint scanner has a much larger scanning surface area than the iPhone’s, and just requires a casual touch for the phone to unlock. The fingerprint scanner is positioned on the back of the phone, at the spot where your index or middle finger would naturally rest when you are pulling the phone out of your pocket or bag.

On a usability perspective, while iPhone or Samsung users are required to wake the phone before they could unlock the phone using the fingerprint scanner, Google/Huawei’s implementation requires a single touch to both wake and unlock the phone. I found myself placing my index finger over the scanner as I pull the phone out of my pocket, only to have the phone unlocked and ready to use by the time I lift the phone up to my eye level. I spent a grand total of zero seconds fumbling or waiting for my phone to unlock. This is good user experience that you cannot find elsewhere.

Oh, and did I mention that Nexus 6P unlocks even when my finger is wet?

Is This Worth The Moolah?

Getting a little into the specs…

The Nexus 6P comes with a 5.7inch AMOLED display that has a whooping 518ppi pixel density. This is the exact same size and density as that of the Samsung Galaxy Note 5, while miles ahead of the “best” iPhone 6s Plus with 5.5inch LCD display and just 401ppi display. It seems like other manufacturers have upped the ante over Apple’s original “Retina display” at 336ppi.

Nexus 6P has a whooping 3GB of RAM and comes with the Qualcomm Snapdragon 810 processor, with one set of quad-core processor running your lower power tasks and the other set taking over when you start doing intensive things like gaming. The Note 5 has a similar processor and RAM configuration, while the iPhone 6s Plus comes with a boring, low cost, dual-core processor and just 2/3 the RAM.

This is the first phone I have used with zero hardware and software issues, and that speaks alot in comparison with the flagship from the other camp, where even a simple Home button could overheat. I wish the battery life could be a little better, but I couldn’t give up how speedy this phone is. Well, something has to give, right?

If you are an Android user, I am not kidding when I say this is the ONLY phone you should consider getting. The price is right, the build quality is awesome and the software is virgin and untouched by manufacturers’ bloatware.

If you are an iPhone user and curious about Android, this phone would give you the truest representation of what Android is all about. Don’t bother with the other Android phones. Give this a spin and see if you like it. 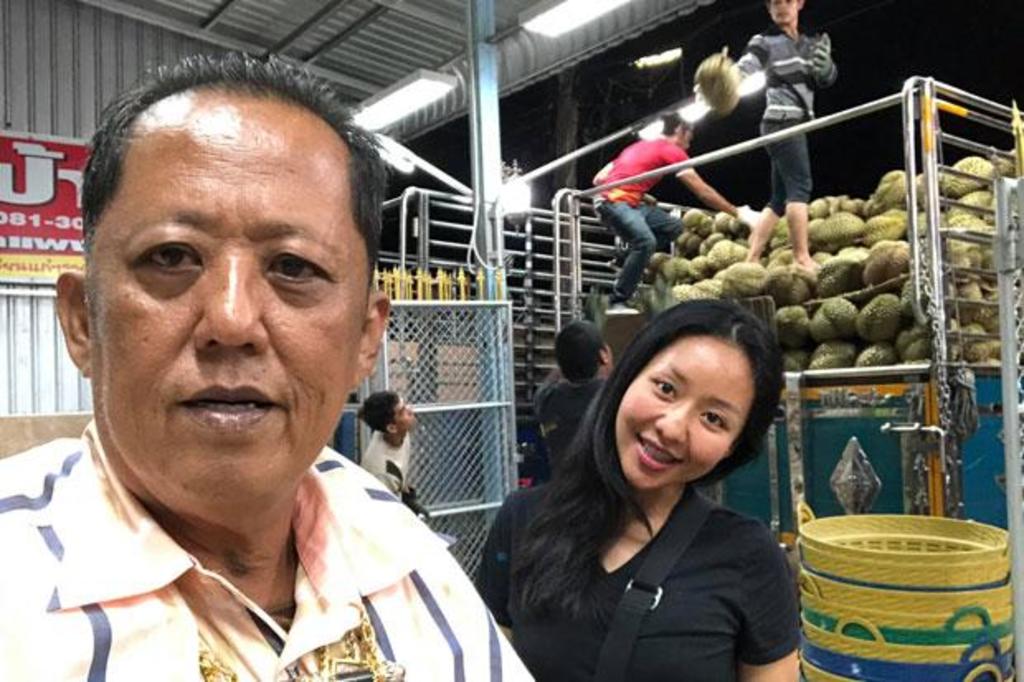 After an intense week of fielding calls, media attention, and family drama, the public call and open contest…
byDanielle Ann 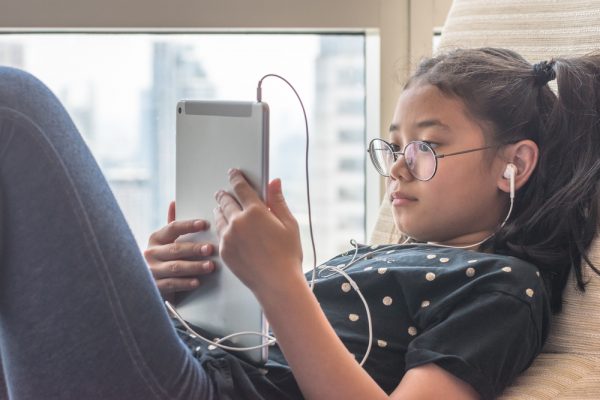 Mom, I have something to SHOUT OUT!~

Today’s is Mother’s Day – if you haven’t bought anything for your mom, fret not, omy is here…
byalvinology