Hello everyone. As the haze situation in Singapore persists, it seems the only way to truly escape the haze is to leave Singapore altogether. However, many Singaporeans realize that many of their favourite short haul destinations like KL, Phuket, Langkawi, Krabi, Penang, even Sabah and Sarawak are just as badly affected by the haze. I had a look at Skyscanner to find five alternative destinations for you if you are looking to escape the haze for a short break without breaking the bank. Ironically, many parts of Indonesia are not affected by the haze but as a matter of principle, I will not recommend any Indonesian destinations as they are the cause of the haze in the first place and do not deserve your tourist dollars. Please note that all prices quoted are for return fares (not one way): so if your passports are ready, here’s the list!

Chiang Mai, the jewel of Northern Thailand: it is big enough to have plenty of beautiful ancient Thai historical buildings to keep you enthralled, yet it is small enough to not be congested and polluted like Bangkok. There are just 200,000 in the city center area, 1.5 in the metropolitan area of Chiang Mai, compared to nearly 10 million in Bangkok. Being this far north means that it does experience winter and temperatures at night from December to March can fall to below ten degrees. If you really want to get away from the city altogether, head to the beautiful Doi Suthep-Pui national park, located right next to Chiang Mai Zoo, about 6 km from downtown Chiang Mai. There is a range of accommodation available within the national park for visitors and you will be able to enjoy activities like trekking, mountain climbing, mountain biking and visit the many famous waterfalls in the area.

Getting there: Silkair and Tiger fly direct from Singapore to Chiang Mai, but if you were to have a good look on Skyscanner, it does seem like Air Asia is the cheapest option but you will have a stop over in Bangkok. In October 2015, Direct flights start from around S$301 but indirect flights with Air Asia start at around S$218. The length of the stopover in Bangkok will vary depending on the flights you choose – so it is up to you to decide if it is worth saving that that amount of money in exchange for a few more hours in Chiang Mai.

Formerly known as Saigon, Ho Chi Minh City (HCMC) is one of the most fascinating cities in South-East Asia with much to see and do. HCMC is also known for her French colonial architecture, including Notre-Dame Basilica, made entirely of materials imported from France, and the neoclassical Saigon Central Post Office. Admittedly, it is a bustling city with 8 million people, so the HCMC can be quite congested and crowded – the rush hour traffic is probably not the thing you would want to face when fleeing the haze in Singapore. Fear not, try to head instead to the Ho Tram beach, it is about 1.5 to 2 hours away from downtown HCMC and a world away from the crowded city with its pristine fine beaches.

Getting there: Jetstar is undoubtedly the cheapest way to get to HCMC with prices starting at around S$104. Quite a few other airlines fly to HCMC, like Singapore Airlines, Tiger Air, VietJet Air and Vietnam Airlines – but Jetstar usually comes out as the cheapest option, followed by VietJet Air. These are all direct flights – so that makes HCMC really quite accessible on a budget from Singapore!

Yangon (formerly known as Rangoon) is the former capital of Myanmar (formerly known as Burma), before the capital was moved up north to Napyidaw. Yangon’s famed Shwedagon Paya, a huge, shimmering pagoda complex, draws thousands of pilgrims annually.  Like HCMC, it can get rather busy as it is the biggest city of Myanmar with a population of around 6 million. There are plenty for tourists to see and do in Yangon, but if it is peace and tranquility you are after, then head up to Hlawga National Park just in the northern suburbs of Yangon. The beautiful Hlawga lake in the park is very popular with locals who are looking to escape the busy city for a weekend or even just a few hours. What Yangon lacks in modern comforts, it makes up with her exotic character – so forget about shopping in modern malls and easy to navigate public transport, just immerse yourself in another world that is uniquely Burmese.

Getting there: Quite a few airlines connect Yangon to Singapore directly and both Jetstar and Tigerair can get you there for as little as S$195 this October. Other airlines that serve Yangon from Singapore include Myanmar Airways International, Myanmar National Airlines, Silkair and Singapore Airlines. There is always the option of flying via KL or Bangkok, but that will inevitably make your journey much longer.

Cebu has become eclipsed by the more popular Boracay in recent years, but Cebu still offers the same kind of Filipino beach holiday plus a lot more. Whilst Boracay may be famous for her pristine beaches, the beaches in Cebu such as Tingko beach Alcoy and Lambug Beach Badian are just as stunning as the ones in Boracay. There are two advantages of Cebu over Boracay: firstly, Boaracay is a small, secluded island with little more than her beaches to offer visitors whilst Cebu City has a population of 0.9 million, with plenty to see and do from shopping to museums to historical monuments. It is also small enough not to feel congested and polluted like Manila. Secondly, Boracay is notoriously inaccessible – you can fly to Kalibo fairly cheaply from Singapore but you still have a 2 to 2.5 hour bus journey from Kalibo airport. There is a small airport in Caticlan which is much nearer Boracay, but it is served by very few domestic flights from Cebu and Manila only. The international airport at Cebu on the other hand, is far better connected to and you could get to your final destination on Cebu a lot more quickly.

Getting there: It is possible to fly direct to Cebu from Singapore with Tigerair for as little as S$195. The other two alternatives are Cebu Pacific and Silkair, so really, it is a toss up between Tigerair and Cebu Pacific, depending on the dates you wish to travel. Of course you can always fly via Manila, but the Manila stopover would make your journey much longer and it probably won’t make it any cheaper.

Thanks to the budget airlines, Taiwan has become a lot more accessible! The capital Taipei is a bustling city with about 7 million people in the greater Taipei region and yes, that means that downtown Taipei can feel crowded and congested – but unlike other Asian cities, Taipei is a lot less polluted than Bangkok, Shanghai and Beijing thanks to concerted efforts by the Taiwanese government. Make sure you visit the famous Yangmingshan national park, which lies just to the north of Taipei and west of Keelung. Expect stunning autumn colours in the park at this time of the year, The elevation of the mountains means it is a few degrees colder than downtown Taipei, so the locals often escape there during the summer months to get away from the heat of the city and in the winter, it can experience snow occasionally. For frustrated Singaporeans looking to get away from the haze, I prescribe an afternoon of hill walking on Mt Qixing, where you can inhale the clean, unpolluted mountain air to your heart’s content.

Getting there: You could get to Taipei with Tigerair this October for as little as S$232 – there are other options of course, such as Singapore Airlines, China Airlines, EVA Air, Jetstar, Scoot, but if you’re looking for a cheap ticket, you’ll probably end up flying with one of the budget airlines. As always, it is always possible to fly via somewhere like Kuala Lumpur, Guangzhou, Hong Kong or Bangkok, but that’s hardly going to save you any money and it will make the journey much longer.

Many thanks for reading and I hope you will take advantage of these budget airline routes to explore more interesting destinations in Asia! If you know of other great destinations that any of the budget airlines fly to, please leave a message below, share your experiences and let us know your great travel stories. 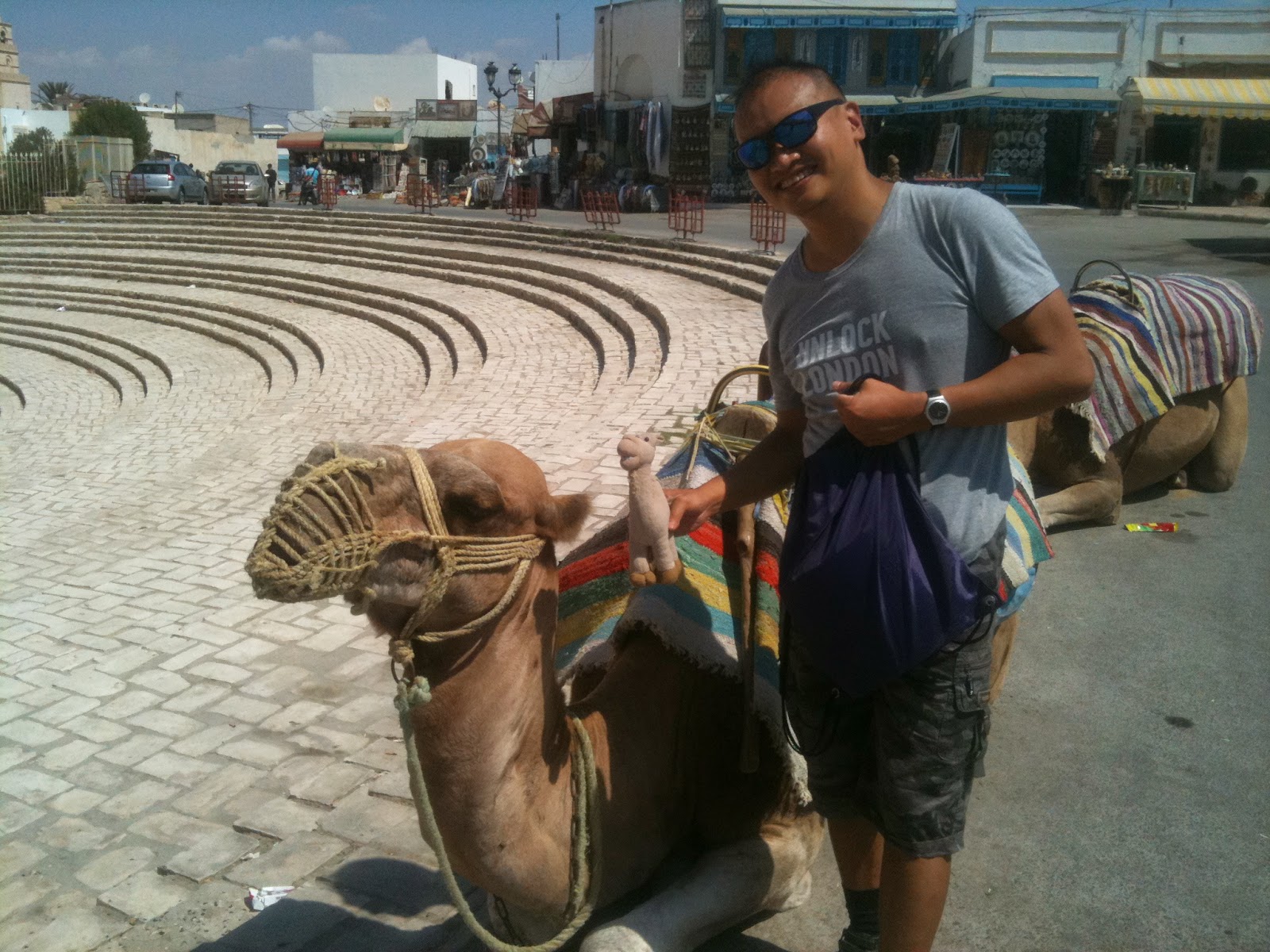 We understand how weekdays can be brutal. A viable option to untwist your knickers would be over a mid-day lunch retreat at VLV, Clarke Quay's latest gem.
bye ng Hej! As I was preparing for my recent trip to Denmark and Sweden, I realized that I was…
byAlex Liang
Hello. Add your message here.
See how Snapask has been helping out over 3 million students around the world. Find a perfect plan