This was written by Justin Teo of ASIA 361.

The rate that Hollywood is churning out superhero movies nowadays reminds me of how Shaw Brothers flooded the cinema screens with kungfu flicks in the 1960s and 1970s.  Just released and following hot on the trail of the success of Ant-Man is yet another Marvel production ­­– Fantastic Four.

It has been a decade since the first Fantastic Four film, starring the memorable Jessica Alba and Chris Evans as the Storm siblings.  Both of them achieved relative success onscreen with the first Fantastic Four instalment and the subsequent second film “The Silver Surfer”.  Chris Evans has since moved on to star in his own Marvel franchise as Captain America.  Fantastic Four 2015 is a reboot of the franchise, departing from the original storyline, with a new back story on how the four of them achieved their superpowers. The new Fantastic Four also has an all-new cast. The Storm siblings are played by Kate Mara and Michael B. Jordan, with Miles Teller playing the Reed Richards, leader of the group, and Jamie Bell as Ben Grimm.  Fans might recognize Kate Mara as Zoe Barnes from the Netflix television series House of Cards in season one.  In fact, there is another cast member from House of Cards in Fantastic Four. Reg E. Cathey who plays Freddy (the ribs guy) in House of Cards, plays Dr Franklin Storm, father to Sue and Johnny Storm.  Rounding up the cast is Tony Kebbell who plays Victor Von Doom. The film takes a long protracted road to get to the action, with a lengthy beginning on the development of friendship between Reed and Ben as classmates in school, and how the five of them get together as a group to finish a teleportation machine to another dimension.  It attempts to explain each character’s powers, instead of whitewashing it the way the original film did. The plot also frames Von Doom’s great powers and Von Doom’s rivalry with Richards. 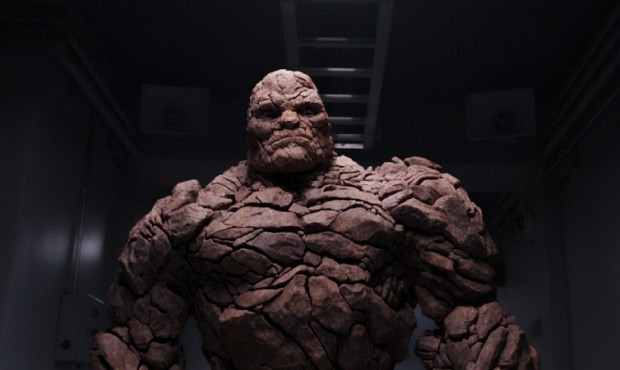 The visual effects are definitely up a notch or two since the last film.  Jamie Bell’s The Thing looks rockier and chunkier than Michael Chiklis’ in the original.  Even Michael B. Jordan’s flames feel hotter than Chris Evans’.  In fact, things get rather graphically grisly towards the end with Doom’s demonstration of his ascension to a super-villain. 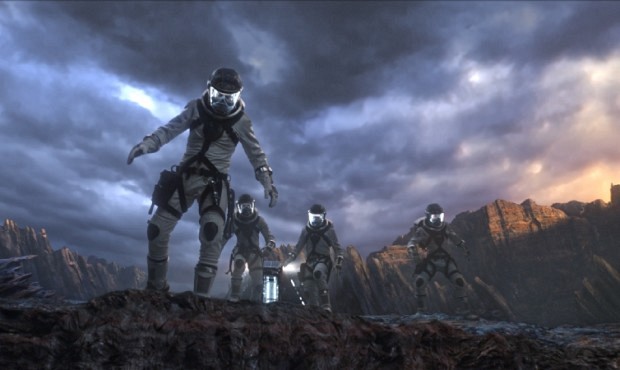 The film seems only to be trying to set the scene for the sequel slated to be released in 2017, disregarding good screenwriting. The exciting bits of coolness that people look out for in Marvel films are mostly missing in the film, and the expected gems were far and few between — such as when Ben Grimm (The Thing) muttered its tagline “It’s clobberin’ time!”, and when Johnny Storm goes “Flame on!”  Even Stan Lee’s usual cameo is missing.

Even though I knew I was watching a film about Marvel superheroes, it was really a stretch on my suspension of disbelief in several scenes, which I feel are irrational or lack flow.  Throughout the screening, my mind kept flashing back to Zoe Barnes when I look at Kate Mara, and that was perhaps the only reason that kept me in my seat. Go catch this movie only if you are a die-hard Marvel fan.

Plugging this campaign for a friend, for a good social cause: [youtube url=”http://www.youtube.com/v/Im2q4L35lB8?fs=1&amp;hl=en_U”] Please help spread this video if…
byalvinology 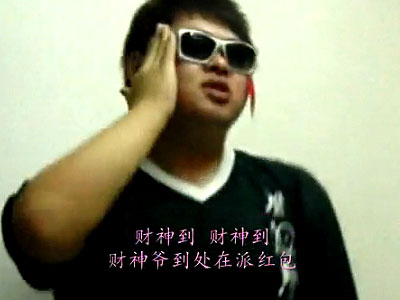 I have five pairs of exclusive Game Convention Asia VIP passes to give away, courtesy of the organisers.…
byalvinology