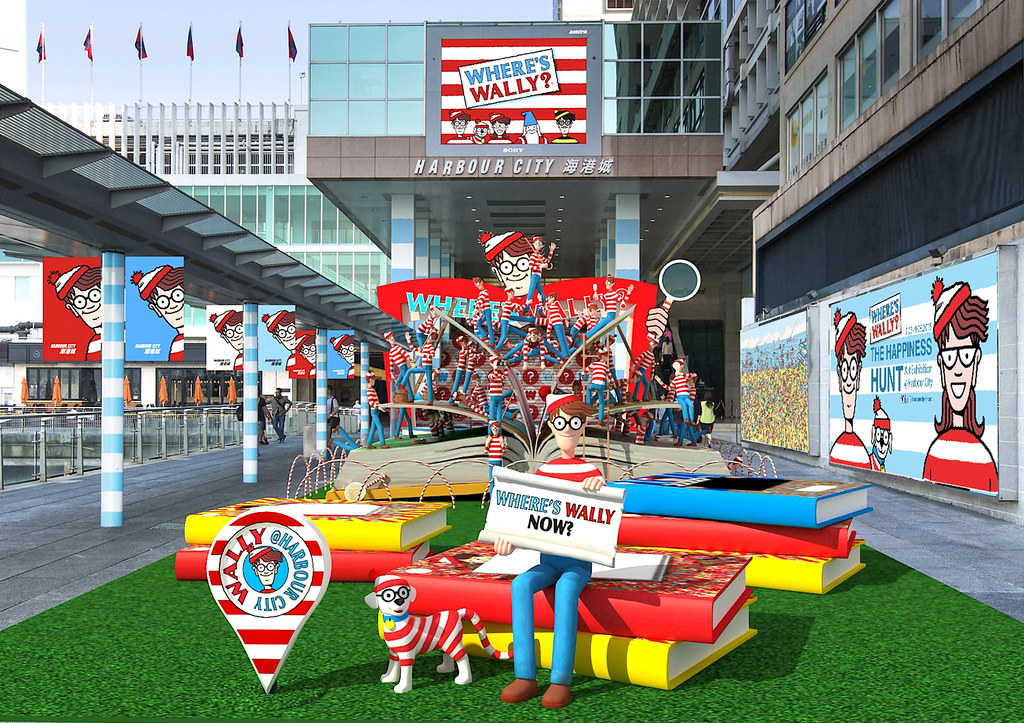 From 9 July to 9 August 2015, Hong Kong is hosting the international globetrotter, Where’s Wally? at Harbour City! 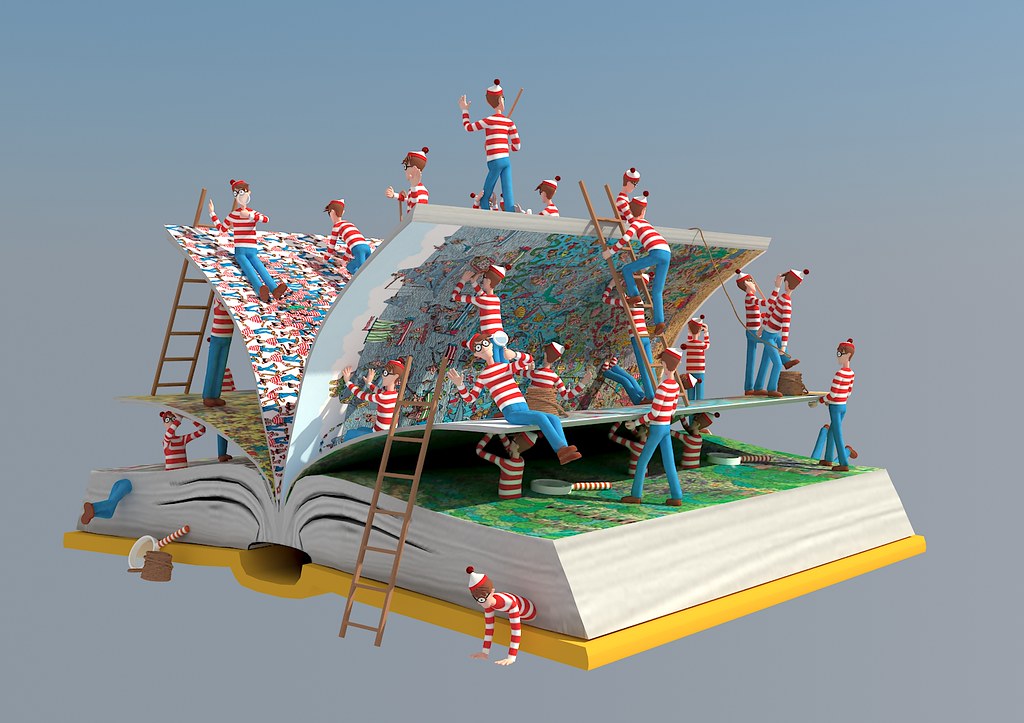 My family are big fans of the book series, including my little boy, Asher. Rachel and Asher even have matching Where’s Wally? tees! Harbour City always have exciting initiatives like this which will make me want to fly to Hong Kong, just to attend the exhibition. 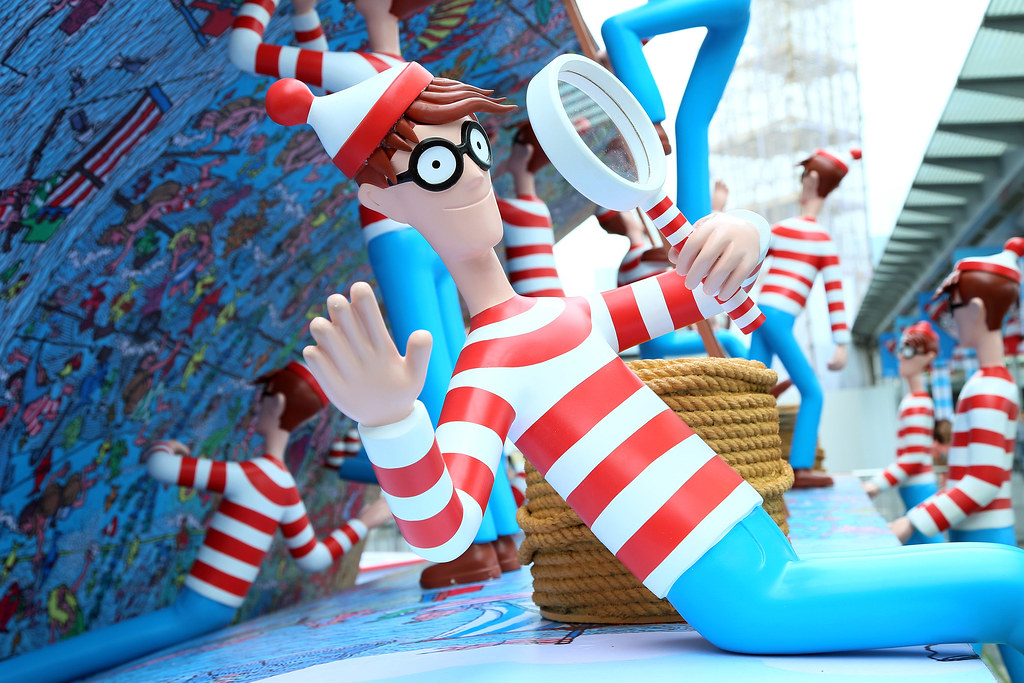 Where’s Wally? and his adventurous spirit will be on full display in Harbour City, where dreams come true. Through a gigantic and detailed installation, Harbour City will transform into the Land of Wallies – full of Where’s Wally? activities, memorabilia and an exciting collaboration with MINI.

Beyond the Boundary The Land of Wallies 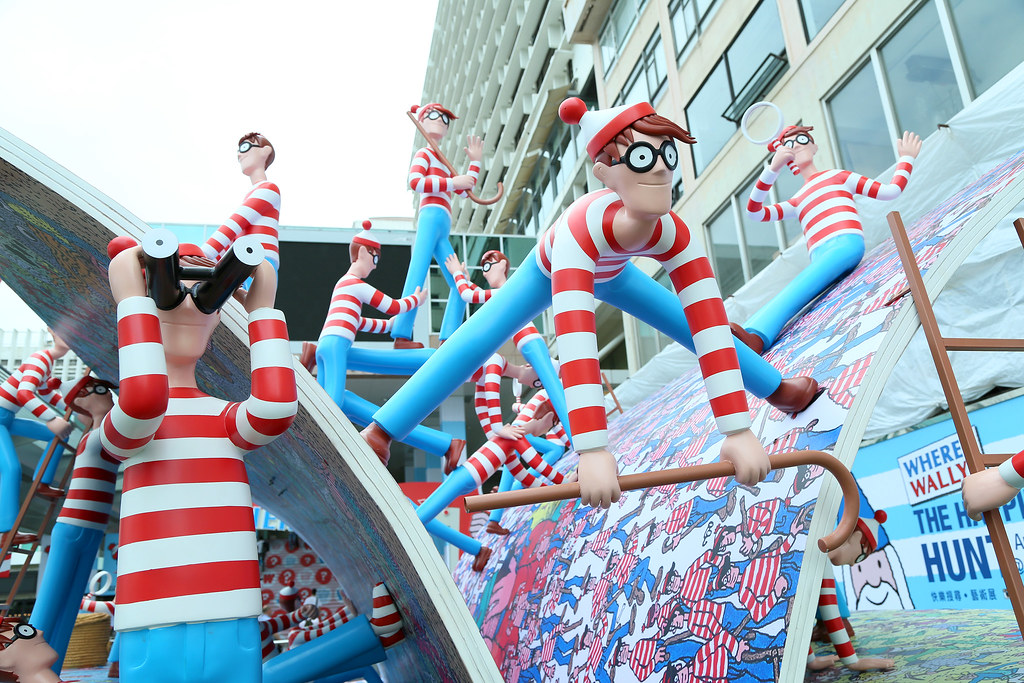 On the Ocean Terminal Forecourt, Wally will emerge from the classic picture books and into the real world. During a search for his missing shoe, Wally, together with 47 other Wallies from the Land of Wallies, somehow stumbled into reality. The scene is curated with gigantic Wally books at the forecourt, where visitors can sit down, relax and indulge themselves in the colourful world of Wally. Emerging from the pages of a book are 48 distinct Where’s Wally? figurines, each with unique gestures and emotions. Not only was this a huge challenge for the curator, but it also presents a challenge for visitors to find the true Wally (the one without a shoe).

Unprecedented Revealing of Artworks and Spirits

To unveil the mysteries behind of the global phenomenon of Where’s Wally?, “Gallery by the Harbour” at Harbour City will rebuild Martin Handford’s work desk to reveal the sources of his inspiration. Hanford has generously loaned the objects from his actual work desk, as well as priceless original artworks. This includes crowd scenes he created at age nine and never-seen-before artwork he used to pitch publishers in 1985. All seven original classic Where’s Wally? books will also be on display so visitors can appreciate every one of the 72 scenes. Michael Gornall, Martin’s lifelong friend and manager, concentrates on helping Martin with the business side of the Where’s Wally? franchise. Michael became friends with Martin at Art College in 1977. Sharing an enthusiasm for music, films and illustration, they have worked closely together since then. Michael will be in Hong Kong from 6 to 10 July, where he will meet the press and reveal more about “Where’s Wally”. There will also be a merchandise section, allowing visitors to take home their favourite Where’s Wally? items. All available merchandise is exclusive to the exhibition, including puzzles, shirts, mugs and even Wally and Woof figurines with movable joints. 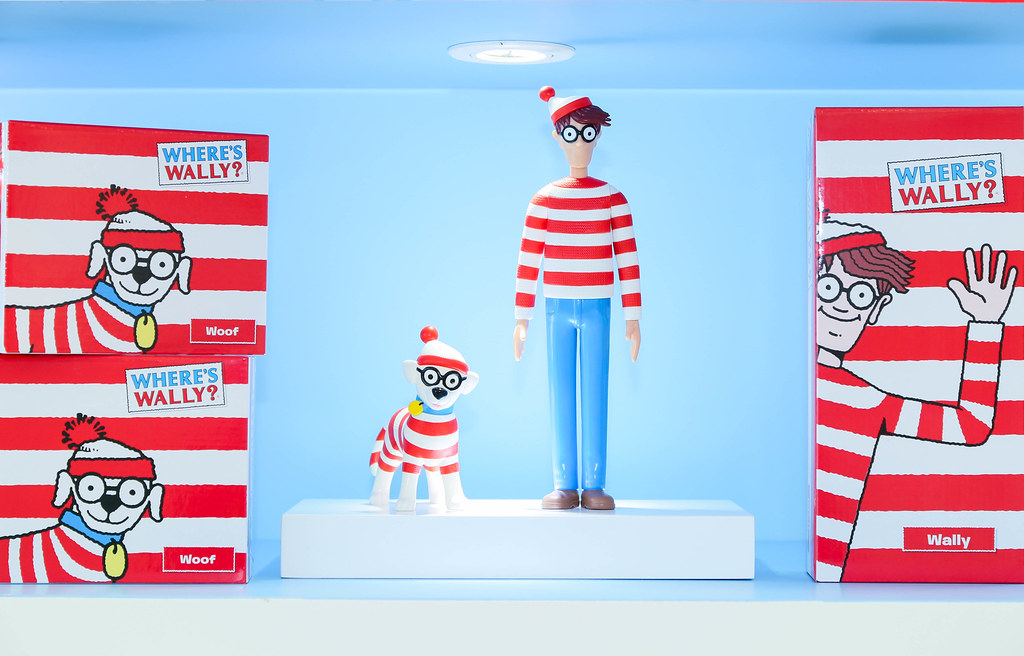 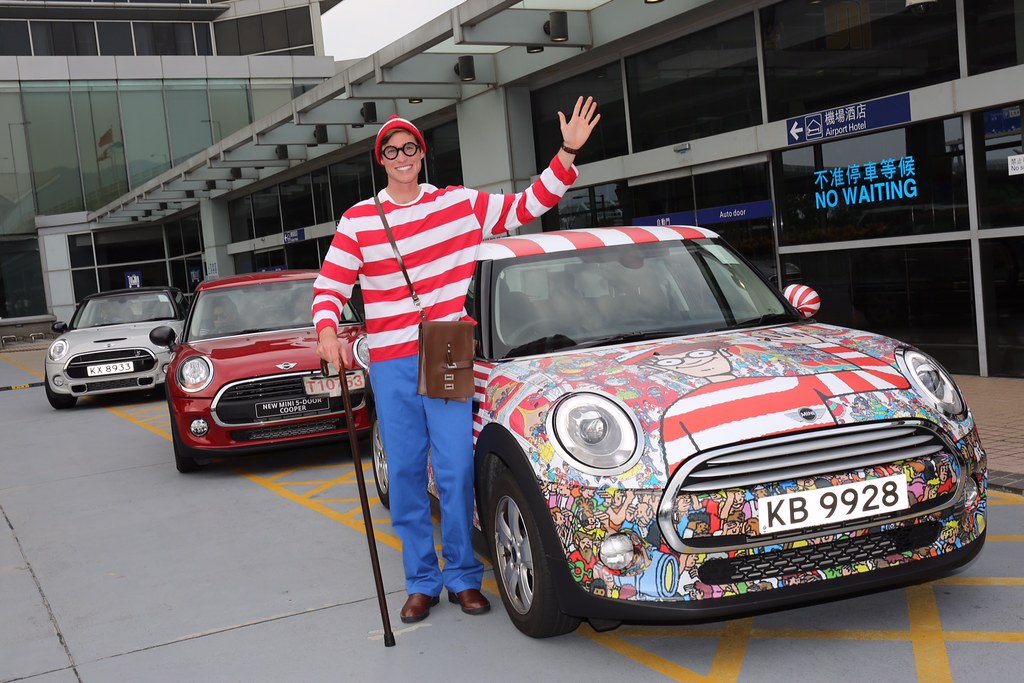 MINI, another international icon, is joining Where’s Wally? on this exciting expedition. The bodies of five MINI have been specially wrapped with the faces of Wally and friends. The vehicles will be on display where visitors can take pictures with them and be a part of the adventure as the MINI’s take on the colourful and imaginative world of Where’s Wally? 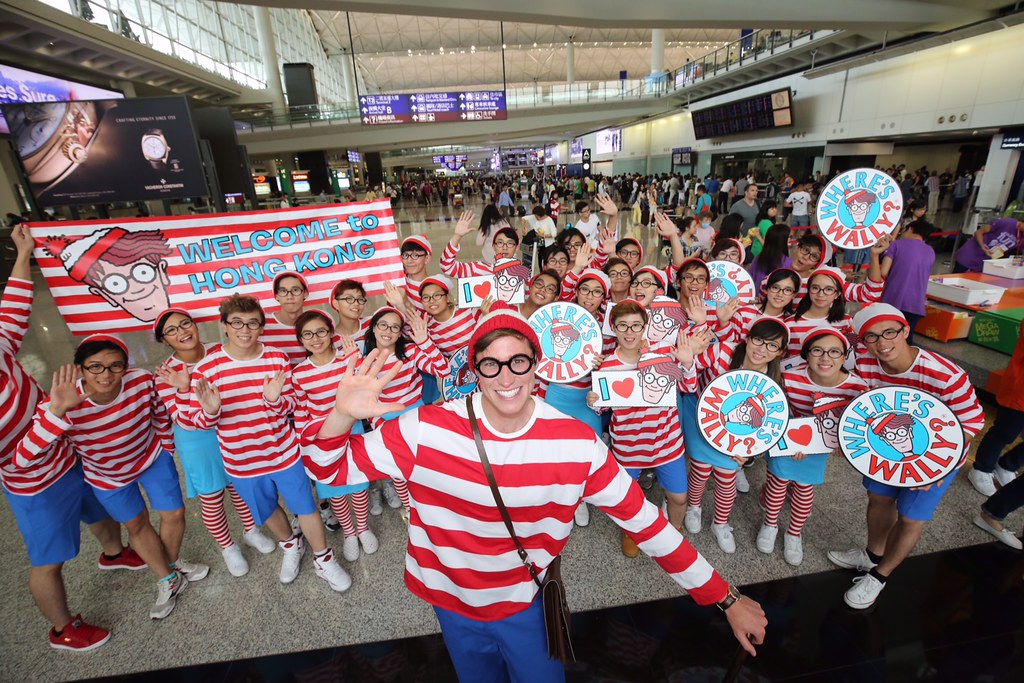 To further enhance the awareness of the exhibition, a full line up of activities has been planned including a Where’s Wally? Super Fan Contest, Charity Walk and Hide-and-Seek in Harbour City. Wally will be hiding in various locations around Harbour City to take the search-and-find game out of the book and into real life. 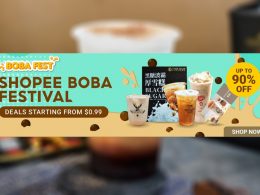 [PROMO] National Bubble Tea Day – enjoy your favourite drink for as low as $0.99! Or Win a year-long supply of FREE Bubble Tea!

First celebrated in 2018, National Bubble Tea Day is back this year and as bubble tea lovers ourselves,…
byIrone Kim 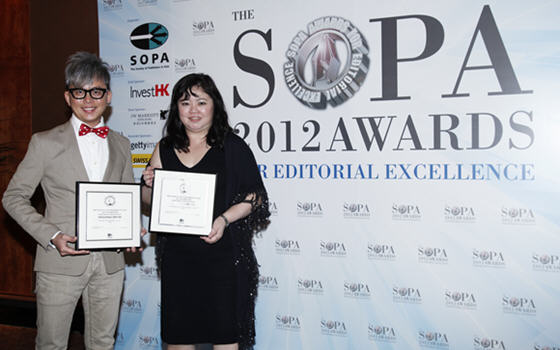 Last Monday, I accompanied a group of 50 bloggers on board Royal Caribbean’s Legend of the Seas for…
byalvinology 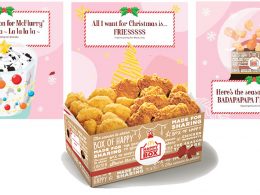