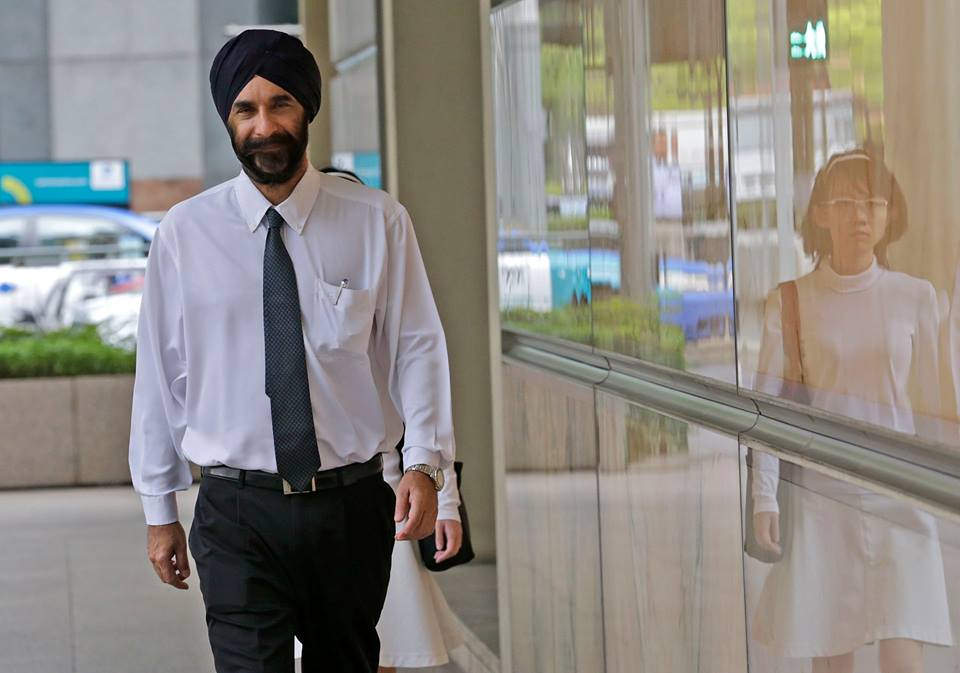 This post has been updated at 4.25pm, July 7, with a note of clarification from Facebook about what really happened. At about noontime, they e-mailed Alvin with the message:

A member of our team accidentally removed something you posted on Facebook. This was a mistake, and we sincerely apologize for this error. We’ve since restored the content, and you should now be able to see it.

The message did not elaborate on what exactly was removed, and why it was removed in the first place. Alvin did not even realise that the posts had been reinstated until later this afternoon, as he is in Jakarta at the moment on a business trip and has intermittent access to emails and the Internet.

Over the weekend, I was blocked from posting anything on both my Facebook profile and Facebook page because of a post on Han Hui Hui and Davinder.

I don’t have a screencap, but basically, it showed this picture from Today Online with the caption, “Troll Level: Han Hui Hui”: 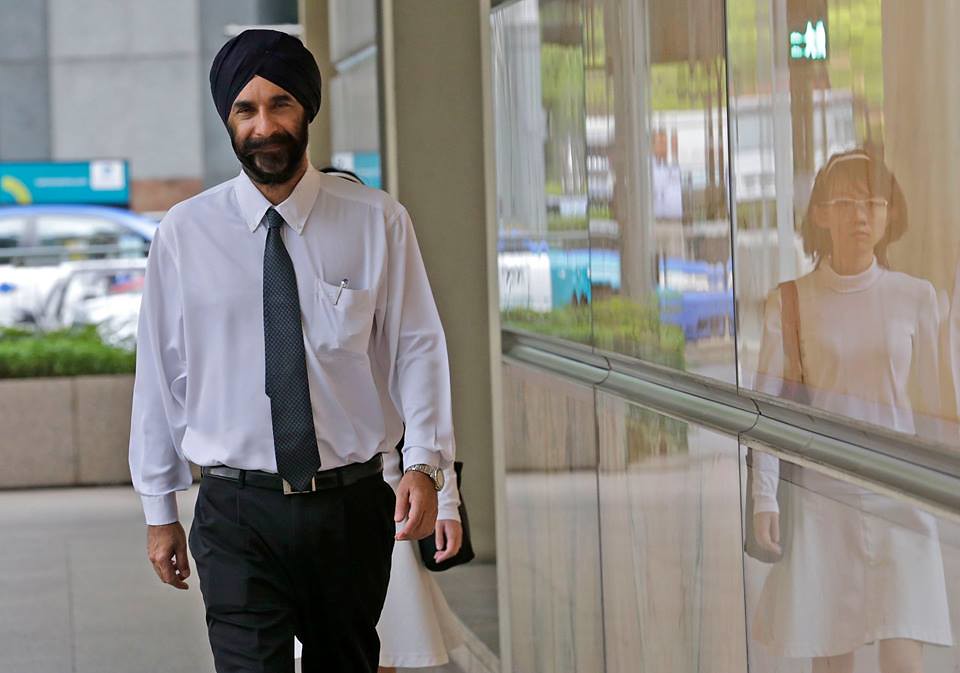 That’s it. It is just a funny comment and I see millions of much more offensive posts pointed at world leaders or other minor public figures to the like of Han Hui Hui.

According to Facebook, I have breached their “community standards”.

I have no form of redress. In fact, Facebook even took down both my Facebook profile and Facebook page for a while. I have to agree to have the posts deleted before they go live again, but I am still blocked for 24 hours.

The same thing happened to another blogger, DK, about a month back. Guess what? 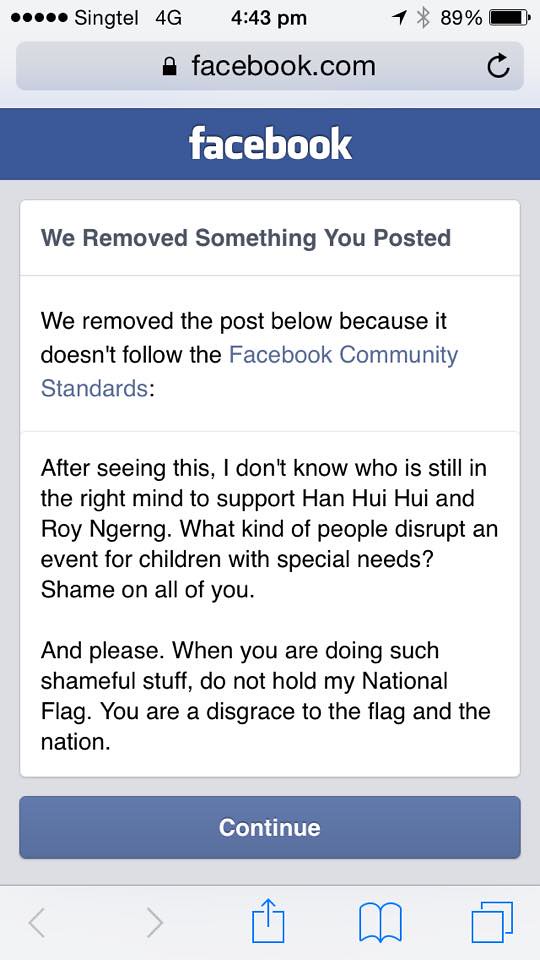 It was also said to have breached their “community standards”.

Since the common name in both instances was Han Hui Hui, I am assuming Facebook does not like us to post about her and wants to censor any postings with regards to Han Hui Hui.

It’s hard enough to be a blogger in Singapore navigating around defamation-suits-happy public figures and a climate of self-censorship, but it seems Facebook wants to join the rank too.

I can understand if people disagree with what DK and I posted, just like we may disagree with things others have posted. However, to go to the point of censorship? Are we back in the medieval ages again?

Some friends have pointed out that there must be some sort of ‘internet brigade’ that trolls facebook and mass report any posts they do not like as ‘offensive’.

How different is this from ISIS who imposes their own warped moral standards on non-Muslims and non-ISIS supporters in the Middle East and Africa?

I am disturbed that both DK and I have to resort to posting on our respective blogs to address this. We are probably not going to get any responses from Facebook because we are just small fries from a tiny little country ranting against one of the biggest Internet company in the world.

Thank you Facebook for trampling on the already pathetic state of online free speech in Singapore.

Boys and girls, you been warned.

DO NOT POST ANYTHING ABOUT HAN HUI HUI. Not enough if it’s a joke post. Unless if you want to get blocked and banned by Facebook of course. Cherry Blossoms right here in Singapore at Gardens by the Bay! 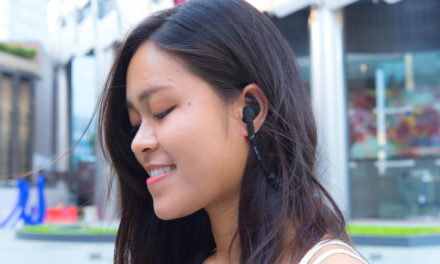