The presentation ceremony where Subramaniam Shanmuganathan and Ponnan Muthukumar were given their Public Spiritedness Awards will go down in the history of SCDF press events as the most well-attended one by local media.

If you haven’t heard or read by now, the abovementioned Indian nationals were the action heroes who almost broke the Internet (thank you Robert Sim for ensuring our site can handle the crazy traffic surge) when a video of them rescuing a dangling child went viral yesterday morning. Alvinology.com was the first to break the news and call upon the public to identify the main rescuer, whose face could not be clearly seen in the video, and give him due recognition.

By noon yesterday, The Straits Times had already managed to identify him with the help of a passerby at the scene. This person had asked for his name and taken his picture. Other details were also filled in: The toddler in distress was three-year-old Naurah Fitria Auni, and she was actually stuck in between one the rails of a clothes drying rack and the parapet outside the kitchen service balcony.

We also have the reason why there was no-one at home: Her mother, stay-at-home-mum Noreen Saniri, 27, was out walking her elder daughter, age five, to kindergarten. Little Auni was supposed to attend playgroup that afternoon but had overslept, and her mother could not bear to wake her up and so left her in bed. Her father, technician Muhammad Fazlee, 28, was at work.

How and why Auni came to be dangling at the clothes drying rack: She was trying to retrieve her beloved iPad which she had accidentally dropped onto the ledge.

Papa Fazlee told Alvinology.com that it is his deduction that Auni woke up while everyone else was out and went to the kitchen to look for her mother. She would sometimes wave to her mother and sister from the kitchen service balcony, which was open concept and had no sliding windows or grilles. She probably clambered onto a tall storage bin located inside of the parapet to reach for an iPad placed there, and, while perched on that spot – had accidentally dropped the device onto the ledge.

You know the rest of the story: Auni screams for help after her neck and face get caught in between one rail of the clothes drying rack (imagine if the rack were not there) and the parapet of the service balcony, with the rest of her hanging below, and attracts an anxious crowd which gathers helplessly below her. Two men try to scale the 4m-high void deck to reach her but fail. People run upstairs to bang on the door but of course no-one is at home.

Shanmuganathan, 35, and Muthukumar, 24, were on the other side of the block when approached by frantic passersby who asked for help. Like action heroes in a movie, they acted fast.

Within seconds, Shanmuganathan was beside Auni and later, Muthukumar followed. Muthukumar climbed into the service balcony and they both worked to dislodge Auni safely from her uncomfortable position before the SCDF arrived five minutes later. The SCDF officers used a ladder to get all three of them safely to the ground.

Like action heroes in a movie, Shanmuganathan and Muthukumar were given the recognition they deserved at a formal presentation ceremony by SCDF. They received the SCDF Public Spiritedness Award; Jurong GRC MP Ang Wei Neng shows up to give them each $100 in supermarket vouchers as a token of appreciation; and of course, the two construction workers are regally feted by the press.

As if in compensation to all the unidentified foreign workers who have rescued drowning cats, halted riots and given up their seats in the MRT, we are tripping all over ourselves to laud these two we have finally been able to identify. Mr Ang even called their heroic act a “learning moment”. It is as if Shanmuganathan – especially since he got more screentime in the viral videos – unwittingly became an overnight poster boy to promote social inclusiveness for transient workers.

I am not sure whether Shanmuganathan and Muthukumar had given up half a day’s wages to attend the presentation ceremony and entertain press interviews, but I don’t blame them for looking a bit glassy-eyed by the 101334th picture they were asked to pose for. In fact, I admire them for stoically sitting through all of this without rolling their eyes.

Shanmuganathan is from Sivagangai and Muthukumar, who is still single, is from Dindigul. Both their hometowns are in Tamil Nadu, India. Speaking to the press in Tamil, Shanmuganathan, who is married with an eight-month-old daughter whom he has yet seen, said matter-of-factly, “My mind was just on saving the child.”

The two of them broke into genuine, infectious grins when they reunited with little Auni at the flat – the first time in two hours I had seen them look so happy. They were there to personally accept thanks from papa Fazlee, and yes – you guessed it right, for a photo op (at the mainstream media’s request. Alvinology.com just went to kaypoh).

Their video went viral, but will Singaporeans’ attitudes towards foreign workers change for the better – permanently? Here’s hoping that it will.

P.S. When Alvinology.com paid a visit to the Jurong East flat yesterday, Auni appeared to be her chirpy and playful self, unaffected by the whole incident, albeit having suffered bruises to her neck and face. Mr Ang Wei Neng has also said that he will be looking into sponsoring window grilles and sliding windows for the kitchen service balcony. When Alvinology.com was at Auni’s three-room flat home, it was observed that the living room also lacked window grilles.

You will be disappointed if you were expecting a dramatic “thank you”. It didn’t happen. Mr Muhammad Fazlee pressed the men’s hands in gratitude and then put his hand to his heart in the traditional Malay fashion, and thanked them with simple words. Like he said, “We are simple folks.” I think he even forgot to pour them drinks in his excitement. He has two other children, a nine-year-old son and a daughter, age five.

In case you missed it, here’s the post that went viral. 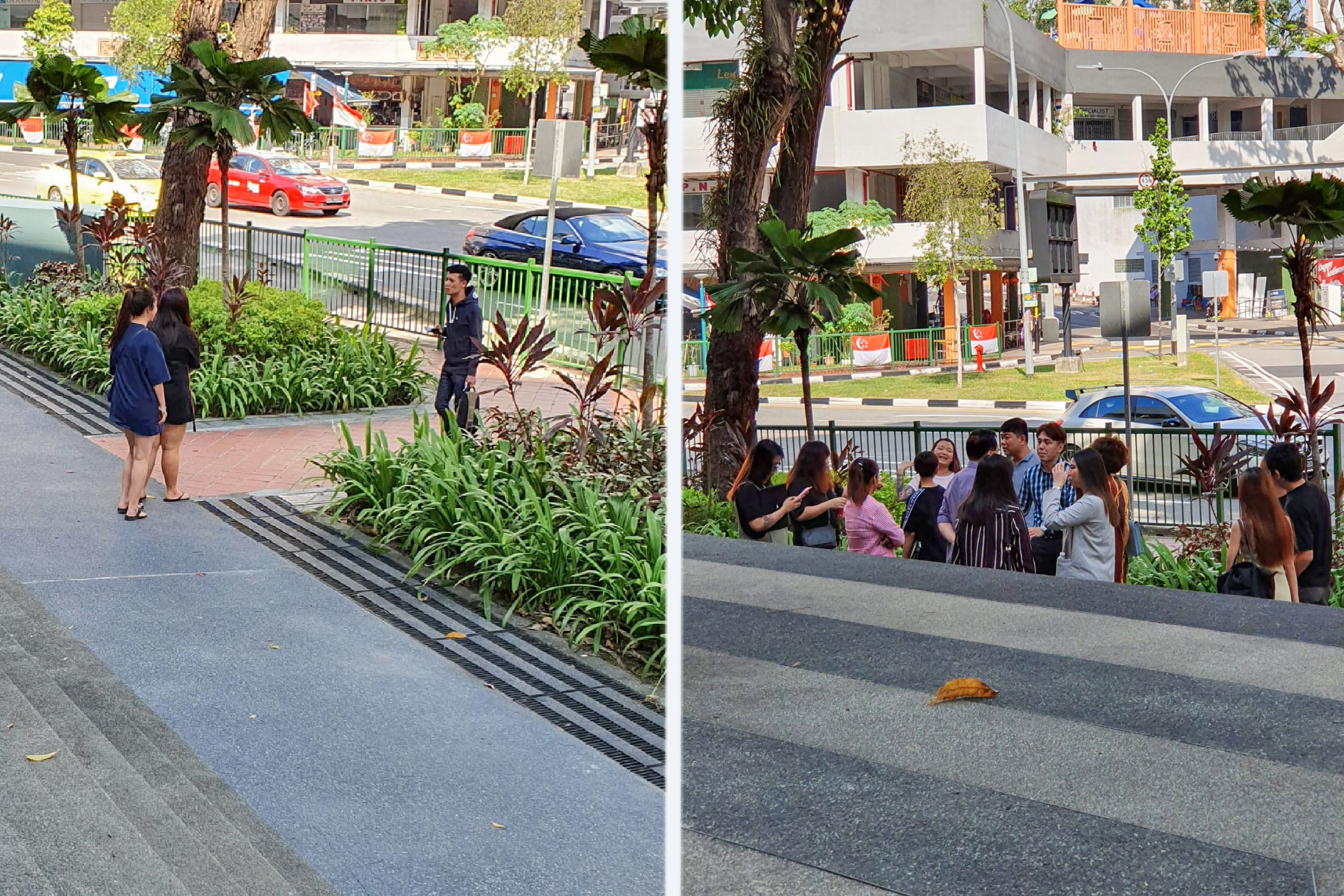 Update on Orchard Towers murder: each defendant has lawyer, except Tan Sen Yang Just because you can’t see the garbage, that doesn’t mean it isn’t there. We’re looking at you, Filipinos…
byDanielle Ann
We are now on Telegram with daily deals and giveaways! Click and join our channel. It's FREE!
See how Snapask has been helping out over 3 million students around the world. Find a perfect plan