The heat was turned up on the waters of the Terengganu River on Pulau Duyong, which played host to this year’s Terengganu edition of the Monsoon Cup from 19 to 22 November 2014. Held at the Ri-Yaz Heritage Marina Resort and Spa, the annual regatta saw adrenaline-pumping action as eight teams from all over Asia Pacific vie for the top spot of the Monsoon Cup Terengganu.

Prior to Monsoon Cup, the Youth Sailing Competition Terengganu Edition were held from 9th – 18th November 2014, which involved students from 14 selected schools in Terengganu. This is in line with the intention of Terengganu State to inculcate interest among students towards sailing sport. The Malaysia Sailing League were held thereafter with all Malaysian selected teams competing for a placing in the Monsoon Cup Terengganu.

Match racing is a discipline of sailing, which puts two crews one-on-one against each other to compete over a short racecourse. With the short course, it means that the races are quick, and call for competent boat handling techniques and good knowledge of tactics and rules in order to win the game. During the four-day competition, it was more than a battle of skills and wits. The teams not only had to pit themselves against their skilled opponents, they also had to contend with the rough waves and challenging weather conditions on Pulau Duyong. At one point, torrential rain and strong winds of up to 16 knots caused the competition to be halted temporarily on its second day.

Crowd favourite Australian Sam Gilmour, who is also the son of sailing legend Peter Gilmour, dominated the waters of Pulau Duyong on the first two days of the regatta. Captaining his Neptune Racing team, Gilmour had kept a clean sheet against the other seven teams. The pressure was on Gilmour to extend his winning streak to the third day. However, his loss against Singaporean Maximilian Soh in the second round-robin proved to be the point when his fortunes turned, dashing all hopes of winning for the Australian.

In the end, Soh rose to the occasion and sailed his way to emerge as the champion of the Monsoon Cup Terengganu. The 26-year-old skipper from Team Red Dot had gotten off to a choppy start at the onset of the competition, but eventually came from behind in the later half of the tournament to grab the coveted title. He defeated favourites Sam Gilmour and Matthew Jerwood, also from Australia, to face Frenchman Arthur Herreman of the Match The World team in a closely-fought final. The Singaporean powered on and beat Herreman 2-0 to take top spot on the podium.

In an interview with The Straits Times, Soh said, “We beat two higher ranked teams with the French, having qualified and participated in two tour events already. We are glad to have won and to show that we are carrying on our form from the Asian Games. We hope to fly Singapore’s flag high on the World Match Racing Tour.”

The World Match Racing tour is a professional sailing series that brings together the world’s top match racing regattas under one name and annual series. Top sailors around the globe are invited to compete on the Tour, which is recognised by the International Sailing Federation (ISAF). At the same time, up-and-coming sailors also get the opportunity to compete through various qualifying events spanning across three continents.

The victory capped a great year for Soh, who had earlier clinched the gold medal for match racing at the Asian Games held at Incheon, Korea just months ago in September. Besides walking away with the top cash prize of US$10,000 (RM 33,500), Soh also receives the final wildcard slot to the Monsoon Cup Malaysia, the last leg of the prestigious Alpari World Match Racing Tour.

The Monsoon Cup was created to bring world-class professional sailing to the shores of Malaysia. Now into its tenth year, the Monsoon Cup has gained notability on the World Match Racing Tour. Since the Cup first kicked off in 2005, it has put Terengganu on the world sailing map. Over the years, the Monsoon Cup has attracted some of the world’s top-ranked stars in the sailing arena, including four-time ISAF Match Racing Champion Peter Gilmour who also won the inaugural Monsoon Cup back in 2005.

Turning the Monsoon Season into an Advantage

The Monsoon Cup was an idea first mooted by then Malaysian Prime Minister, Dato Seri Abdullah Ahmad Badawi, during his fishing trip in the eastern state of Terengganu. The former Prime Minister saw the potential in Terengganu, believing that the monsoon season could be turned to an advantage by making use of the inherent strong winds of the monsoon to hold a sailing event. Strong winds are a key component for sailing matches.

The idea eventually gave rise to the fruition of the Monsoon Cup race. A seaward extension was developed at the Heritage Bay Club, which is now known as Ri-Yaz Heritage Marina Resort and Spa, on Pulau Duyong (or Mermaid Island). The inaugural Monsoon Cup was held in 2005 and made its debut as an official event of the Swedish Match Tour.

The Monsoon Cup has helped transform Pulau Duyong from a sleepy fishing and boat-making village to a lively venue for sailing. Pulau Duyong is an island at the mouth of the Terengganu River in the state of Terengganu, Malaysia. Today, the area has established itself as a yachting destination for experienced yachtsmen seeking thrills on the rough waters during the monsoon season. Sailing schools can also be found at the marina, where novices and enthusiasts can try their hand at yacht sailing.

Over the past few years, the annual Sail Malaysia – Passage to the East Yacht Rally program which starts from Darwin, Australia, has also succeeded in introducing international sailors to world class marina facilities available in Pulau Duyung, thus placing Terengganu in their preferred stopover destination in South China Sea.

This trip was made possible by Terengganu State Tourism.  This article is also published on ST Directory Travel.

A wordsmith by trade and photographer at heart, Kat leaves her footprints around the world and tell stories as seen through her eyes, heart and soul.  She can be reached at [email protected].

Fast cars, Festivals, Fireworks – 2013 is all about Fantastic experiences for visitors to Macau, and omy.sg want…
byalvinology 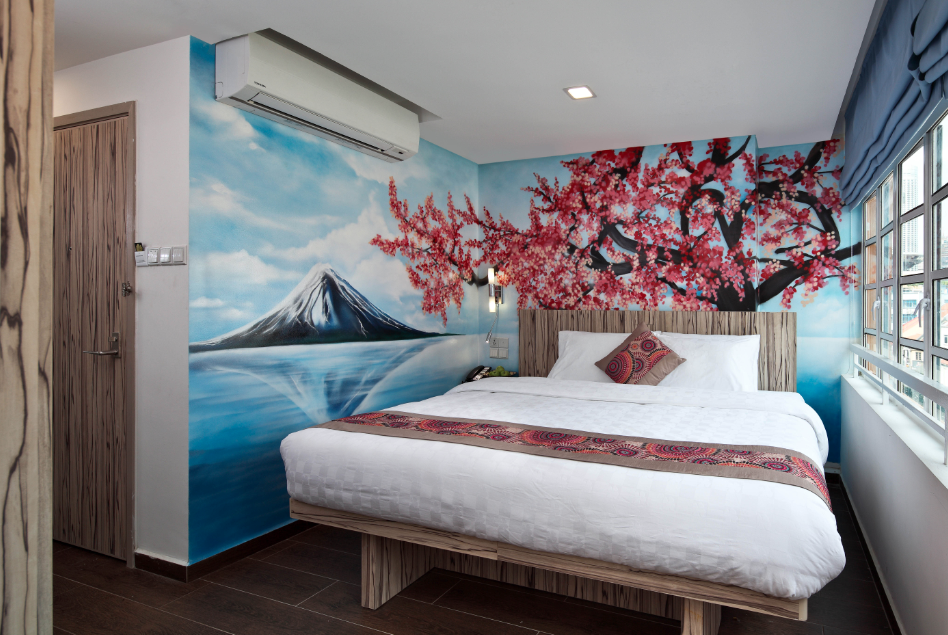 Staycation at Hotel Clover The Arts

July is my birthday month and it is customary to celebrate it with a weekend staycation. Since we got…
byAdlena Wong