In a statement issued by the National University of Singapore, the school authorities have asked the student body to refrain from harassing one of their students, Nicholas Lim. Nicholas was identified as the man who took a video of fellow NUS student Monica Baey while she was showering. He has been suspended from the university for one semester, and has received a 12-month warning from the police for his actions.

Here’s what Monica Baey has to say about the sentencing and suspension for the peeping tom who took a video of her showering.

Who is Nicholas Lim?

According to his now-defunct social media profile, Nicholas is a Chemical Engineering student and a financial advisor for a local Singaporean firm. After Monica had gone to the police and the university to file cases against him, they had responded with the sanctions mentioned above.

When the results of the case were released, Monica felt that she was done a great injustice, as the warning and single month of suspension from classes did not make her feel like Nicholas was punished enough in light of the fact that he grossly violated her privacy and had even taken documentation of the act.

In CCTV footage provided by the university, he could allegedly be seen going from stall to stall in the area where Monica was showering. She said that she had heard someone behind her and had seen a mobile phone underneath the stall door just before it was pulled back and the perpetrator (now identified as Nicholas) had fled.

The NUS issues a statement

With the uproar surrounding Monica’s Instagram stories that revealed her side of the case, the public interest in the issue has gone viral, which may have prompted Associate Professor Peter Pang, the school’s Dean of Students to issue a statement.

According to the statement published, the university is reaching out to Monica to offer support and that they knew about the 12-month conditional warning given to Nicholas. They also said that a separate body within the school, the NUS Board of Discipline, will make their own investigation. “When such offences are committed, the NUS Board of Discipline, which comprises student and faculty representatives, will also conduct its own disciplinary proceedings.” their statement said.

A separate statement also said that the other students of the school need to consider the welfare of both the victim and the perpetrator, saying that the university, “also strongly urges fellow students to not harass Mr Nicholas Lim and his family.”

Here are some reactions to NUS’s statement and how it was worded to include Nicholas:

Some think that school is reportedly protecting the male student involved in the case and it doesn’t sit right with them.

Other commenters go as far as saying that the person at fault in this case is the one getting protection from the media and undue attention.

While others are putting forth theories about why this is the turn of events for this particular case.

This person has a simple explanation as to why this is happening.

What do you think of NUS’s statement on the case? Let us know in the comments!

Be one of TWO bloggers to win a trip to OSAKA to witness the mega event, Dance Delight Vol. 18! Join the F&N Spread the Groove Challenge!

Plugging this for F&N and omy.sg. Registration closed tomorrow (24 Feb): Are you a blogger or someone who’s…
byalvinology Nokia has launched a Cloud Collaboration Hub in Singapore! What is it? This hub is the first of…
byKaryn Cheong

Singapore’s second Amazon Prime Day is here, and it’s bigger and better than ever. As loyal customers would…
byRuth Y 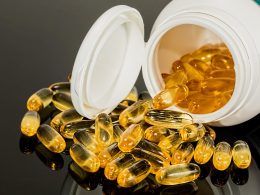 Safety Tips to Bear in Mind When Choosing Dietary Supplements

Factors to consider when picking a nutritional supplement. Safety considerations that can guide you when purchasing a dietary…
byContributor