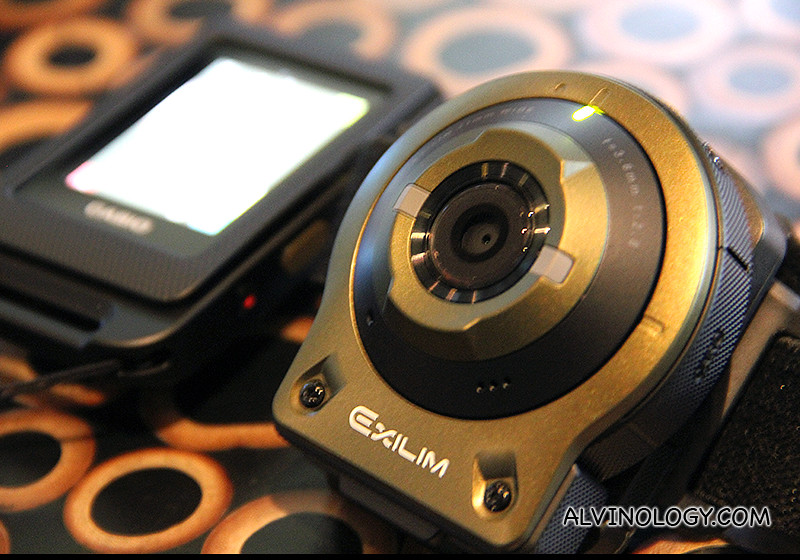 Compact camera sales are getting slaughtered by the in-cameras found in most smartphone models. Most folks will still be willing to fork out good money for a DSLR or other professional cameras with more settings, but not for a compact camera which does little more than what a built-in smartphone camera is capable of.

The innovative japanese electronics company is able to carve a niche for itself in various compact camera segment that caters to specific consumer behaviours and needs. The Casio EXILIM EX-TR series is one good example, specifically made for taking selfies. This compact camera range has a superb following with the ladies and is often sold out in many markets around the world – so much so that I been getting many emails and enquiries on where to buy the TR35, only because I blogged about it!

What’s next when you have conquered the female market? There are the males. It’s just like Mattel with Barbies and G.I. Joe. The latter was developed by Mattel executives as “Barbies for boys”.

I think it is a selfie camera for males, disguised as something sporty so we won’t appear wimpy when using it to take photos of ourselves.

Jokes aside, the FR10 is pretty nifty.

The folks at Casio invited me to try out the camera for a day of adventure at Sentosa and I had a lot of fun with it.

The camera comes with many parts and accessories to mix-and-match. You can attach the camera and the monitor to separate places in order to shoot some difficult photos or videos at interesting angles.

For instance, when riding the Segwell, I attached the camera at the front of my helmet while slinging the monitor around my neck to control while I am moving. Here’s a video I recorded this way:

When riding the Luge, I strapped the camera to the handlebar while wearing the monitor round my neck for control. Here’s the video I managed to record:

Finally, when going down the Megazip, I strapped the camera to my wrist while wearing the monitor round my neck. Here’s the video:

In all the above three instances, I would never be able to record action videos like these if I was using a conventional point-and-shoot camera or my smartphone. 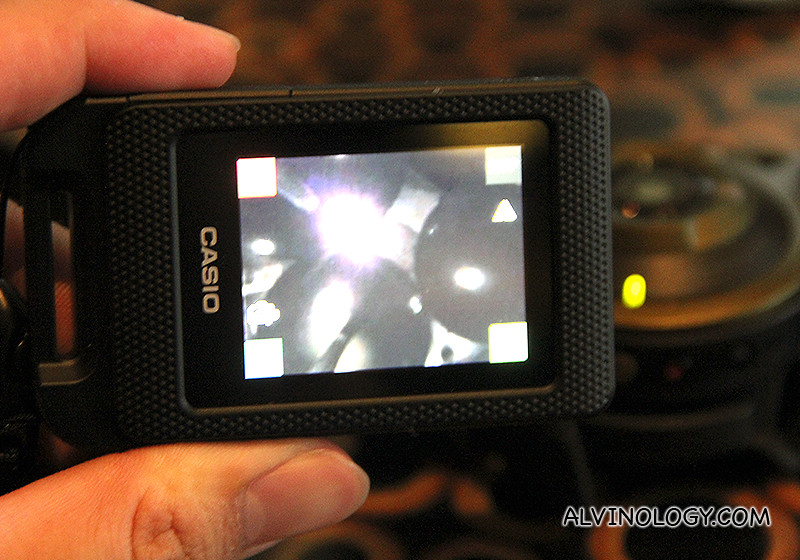 The camera module easily docks or detaches from the LCD-equipped controller providing three distinct styles of shooting. It can either function as a ‘Conventional Camera’ by docking and folding the camera module on its hinge, used in ‘Selfie’ style with the camera upright and LCD screen facing self-wards, or transformed to the innovative ‘Split’ style by detaching the module and shooting remotely with the controller or hands-free using the interval shooting function: 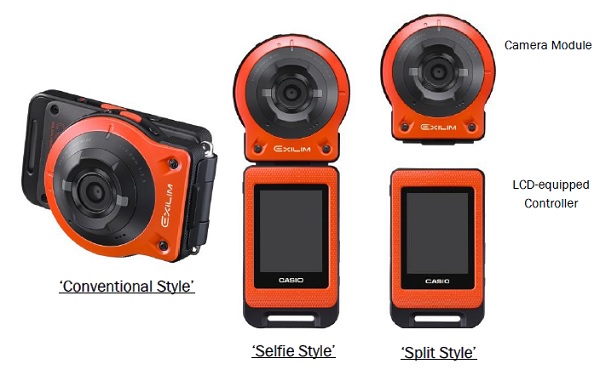 The camera is great for taking photos at difficult angles or positions too. Here are some photos I took with the FR1o at Sentosa:

“The EX-FR10 is one of the most exciting and creative series in our EXILIM range of high- performance cameras. Three years ago we surprised our customers with the EXILIM TR series that came with a first-of-its-kind 360° rotating frame for more flexibility to take the ultimate ‘selfie’. The new EX-FR10 not only provides flexibility, but also unlimited photo opportunities and we are excited to see this camera in action on the streets in Singapore,” said Mr. Daniel Lee, Marketing and PR Manager, Casio Singapore.

The FR10 serves a specific purpose and it does it very well.  I already have two micro 4/3 mirrorless cameras, one DSLR, a few smartphones with built-in cameras and two video recorders. It is not easy to convince me that I need to buy another camera, but the FR10 actually makes me want to buy it! 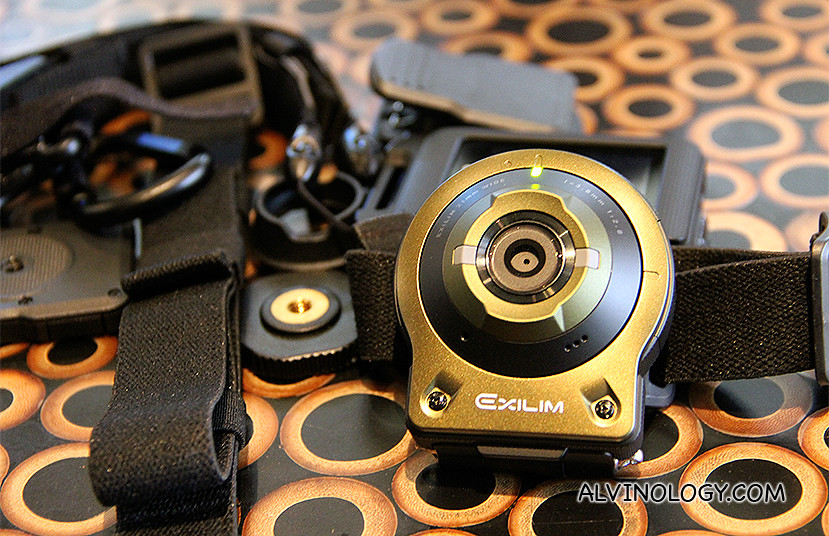 The Casio EXILIM EX-FR10 camera is available in three colours (Orange, Green and White) at a Suggested Retail Price of SGD$699.00 and can be found at all Casio authorised retailers in Singapore. This may seems pricer than other sports cameras, but it comes with many accessories, including a 360-degree rotating clamp, a carabiner, an adjustable elastic wrist strap, a lanyard, a lens hood, a multi-purpose nut and a tripod adaptor. Controls are intuitive and simple to use. Both the camera and the monitor are pretty light and compact. Both are able to fit cosily into standard pants side pockets.

I highly recommend it because it opens up many different new possibilities for taking photos and videos, making it an extremely fun and handy compact camera to have around. Science Centre Singapore is back with a stimulating new exhibition explores the science behind fear – Phobia: The…
byKaryn Cheong

Check out the omy crew!

Recorded this lip sync video together with the rest of the omy crew. There’s two versions – one…
byalvinology 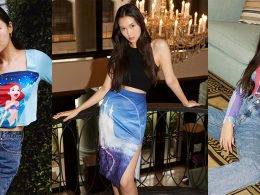