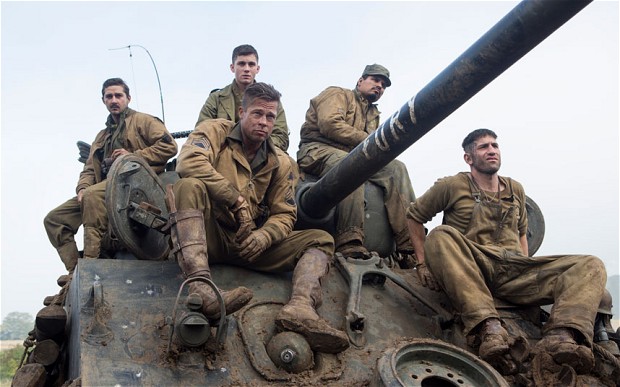 April, 1945. As the Allies make their final push in the European Theatre, a battle-hardened army sergeant named Wardaddy (Brad Pitt) commands a Sherman tank and her five-man crew on a deadly mission behind enemy lines. Outnumbered and outgunned, and with a rookie soldier thrust into their platoon, Wardaddy and his men face overwhelming odds in their heroic attempts to strike at the heart of Nazi Germany.

Fury is a war film set in World War II, starring Brad Pitt.  It also feels like a more serious version of Inglourious Basterds, with Brad Pitt once again battling Germans with a motley crew.

Fury paints a fine picture of brotherhood in times of war. Pitt’s Don “Wardaddy” Collier is a battle-scarred American soldier on a life-and-death mission. He also likes reminding his youngest subordinate (and the audience) that “Ideals are peaceful. History is violent.” The movie then proceeds to show us several instances of that. Fury boasts flashy battle sequences that are riveting, especially a particularly intense tank battle.

Fury is more about relationships during wartime and less about the war. It’s here though that the movie falls prey to several clichés. The transformation of boy to man is an overly done theme deeply explored in the diorama of war series and movies. Even Pitt’s crew seem like stereotypes  – the battle-hardened veteran, the oversensitive rookie, the brash lout.

At two hours and fifteen minutes, the movie does feel a tad drawn out. There is a brief romantic sequence between the crew’s youngest recruit Norman and a German girl, which could have provided a nice moment of reprieve from the violence. Sadly, it felt rushed and heavy-handed instead.

Overall, it is an enjoyable movie. Not particularly thought-provoking, but a good action flick nonetheless. The shock value execution is moderate, with bloody bullet holes and dismembered limbs strewn everywhere, par for the course for such shows. There is however, a particularly memorable graphic scene within the first 15 minutes, which redefines the phrase ‘lose face’. The final action scene could be grander though. Or as my friend so eloquently puts it, “I expected bigger explosions somehow.” 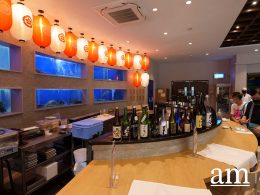 The Monuments Men is a 2014 American-German war film directed by George Clooney, written and produced by Clooney…
byalvinology 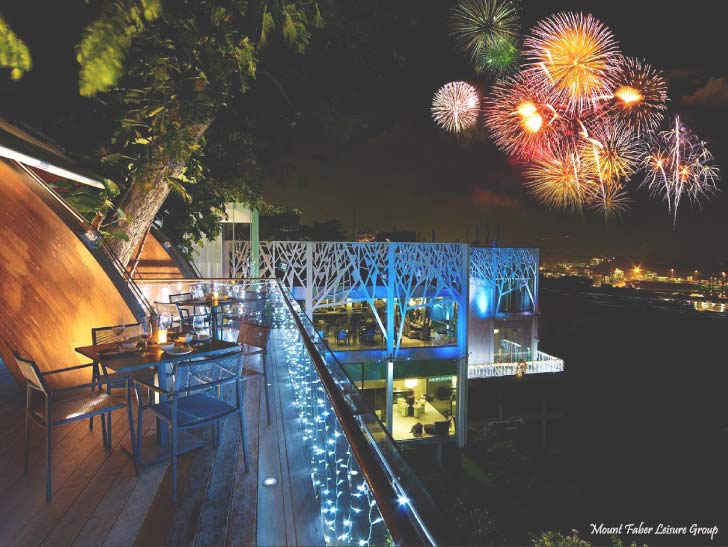 Top Absolute Celebrations of The Year at Mount Faber

Always amazed by how Singapore widely extracted the spectacular views with the top-notch restaurants. A shed-load of splendid…
byAshleey Leong