Hands up, all of you travellers who think you can actually win the Amazing Race, especially now that a new season has just started airing.

I think I stand a fair chance, and I’ve even fantasised about playing it on various occasions.

Like the time I spent a day in San Francisco after a work trip to the United States.

It was my first time there, and there were many tasks, each with their pros and cons.

But I had less than 24 hours to spare.

So I decided that my first task would be to try the famous dungeness crabs.

After I put down my bags at the motel, I headed straight to Fisherman’s Wharf where I encountered my first roadblock – finding the best dungeness crab.

The one I ate eventually was fine enough, but I think I still prefer hairy crabs.

Having completed the task, I bade farewell to my friends to make my way to Pier 33 to board the ferry to Alcatraz.

But first, I had to make my way to Pier 39 to see the famous sea lions.

Given that the last team may be eliminated, I sprinted to Pier 39 where I spent about ten minutes looking at the cute sea lions before racing to Pier 33.

Fortunately, I reached there in the nick of time –  just minutes before my ferry was due to depart.

While in Alcatraz, I had a bit of a breather as I strolled around the former prison with its tiny cells, mess hall, parade grounds and exercise yard.

But the race resumed the minute I stepped back on the mainland.

Once there, I met up with my friends again, and we wandered around SoMa before making our way to the Mission for dinner – our pit stop for the day.

After a mandatory rest period, I woke up early the next morning to make my way to the next route marker at the Golden Gate Bridge.

The rules dictate, however, that I had to make my way there via public transport, so I took the bus.

Which was easy enough, except that it took close to an hour for me to reach the bridge.

When I finally arrived, I realised to my disappointment that the bridge was partly obscured by fog, so I did not see the picture perfect view immortalised in so many postcards.

But hey, I’m the first person to check in there (though of course, I’m the only competitor).

If you think that the US is not much of a challenge, I’ll present you with a stronger case of why I think I can win.

While on a multi-country tour through the Balkans last year, I had to make my way from Kosovo to Croatia.

And to get there, I had to pass through Montenegro.

I had arranged to meet my friend in Kotor in Montenegro, but getting there from Pristina in Kosovo required two bus journeys, the first of which landed me in Montenegro’s capital, Podgorica (ooh, what an exotic name!), in the wee hours of the morning.

Despite the language barrier, I found out that the bus to Kotor will depart in the afternoon, so I headed to a nearby motel to rest.

A couple of hours later, I woke up and headed to the old town.

Except I had no maps, so I went online and took a picture of a map of Podgorica, and ventured out into the unknown city.

Though I made a couple of wrong turns here and there, and I had to ask a couple of people along the way, I managed to end up in the old town.

Having completed the task, I opted for the fast forward, which took me straight to Kotor where I met up with my friend.

But there’s a road block, which says I must climb the 1,350 steps to the San Giovanni Fort overlooking the city.

I easily completed the task the next morning, after the mandatory rest period.

So do you think I stand a good chance?

Though I’ve not been following the show for quite a few seasons now, I’ve attempted many of its challenges – from eating strange food to making my way through the chaotic streets of cities like New Delhi to plunging from great heights.

But maybe you think you’re better?

And have you also fantasised about playing the Amazing Race on your own travels?

Tell us all about it in the comments box below.

P/S I tried applying for the Amazing Race Asia, except I didn’t qualify as I don’t have a driving license.

But well, I still think I can win… Hehe 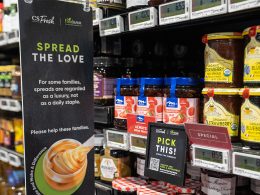 The Dairy Farm Group announces a partnership with The Food Bank Singapore to launch Better Together, a first-of-its-kind…
byIrone Kim

Grab has launched its newest innovation, GrabClub, as a part of their commitment to improve customer experience. Basically,…
byShiela