Irkutsk was a name I’ve only seen before on RISK.

Yes, I mean that board game.

And I had to trawl the internet to find out how it’s pronounced (for the record, it’s err-KOOT-sk).

So how did I end up in this Siberian city of just over half a million inhabitants?

To cut a long story short, it was my fascination with the legendary Trans-Siberian Railway – the longest railway in the world.

Irkutsk is one of the largest cities along the Trans-Siberian Railway.

My companions and I did not have enough time to traverse the entire length of the Trans-Siberian, so we decided to only cover the Irkutsk to Ulaanbaatar leg, which takes up a mere 35 hours.

Mere only because the entire journey along the Trans-Siberian requires seven days.

Irkutsk was also chosen due to its proximity to Lake Baikal, the world’s oldest and deepest lake at 30 million years old and with an average depth of over 744 metres.

Once lauded as the Paris of Siberia, Irkutsk’s old quarter is lined with atmospheric, though decaying wooden architecture.

Many of the houses built in this “rustic” style were built by the class of wealthy merchants that once populated the city, and these buildings come adorned with ornate, hand-carved decorations.

In many other parts of the world, such areas would either have been torn down, or spruced up for tourists.

Neither was the case in Irkutsk, which added to its charm.

The city is very walkable and before long, we had arrived at the city’s main commercial district, which houses the usual brand-name stores like Adidas and Bennetton.

The few shop signs we saw were written in the Cyrillic alphabet, and many shop fronts did not give a hint as to what they were selling.

We resorted to opening doors to find out what’s inside.

It took quite a while before we found a shop selling pizzas and pasta.

Going to Russia to eat Italian food, who would have thought?

But no one was up to the challenge of finding another eatery so that was it.

Post-lunch, we continued strolling around the commercial district, which is rather pleasant, with its colourful European architecture.

But it appeared the city is hiding a darker secret.

We had been warned by our hostel staff to stay indoors after dark.

And this warning took on a more ominous tone during our brief chat with a local at a shopping mall.

She had expressed surprise that we had not been harassed or experienced any other form of discrimination.

Her parting shot was, “Stay safe!”

With that in mind, we decided that we should not roam the streets after dark.

But there was more than enough time to sightsee given that the sun only sets after 10pm in summer.

Besides, there were only a couple of places left in Irkutsk that we wanted to explore before we headed to Lake Baikal.

One of which was the Epiphany Cathedral, which lies in the historical heart of Irkutsk.

The early eighteenth-century church is one of Irkutsk’s oldest structures and also one of its most beautiful, with its colourful frescoes and brightly painted façade.

But perhaps every traveler to Irkutsk had only one destination in mind – Lake Baikal – and that’s where we were headed.

For despite Irkutsk’s gritty charm, Lake Baikal is still undoubtedly the main draw for visitors to this region.

Little was known about this lake for a long time partly because of the remoteness of its location, and because the lake was hidden behind mountains.

People outside the area knew the lake only after the construction of the Trans-Siberian railway between the years 1896 and 1902, which encircled the lake.

But once they did, the superlatives never stopped coming.

Besides being the deepest and oldest lake in the world, Lake Baikal was also found to contain more water than all the water in North America’s Great Lakes combined.

That is equal to 20 percent of the world’s fresh surface water.

In addition, the lake is also home to more than 2,000 plant and animal species not found anywhere else on the planet, including the Baikal freshwater seal.

With such impressive credentials, there was a lot for Lake Baikal to live up to, given what they say about expectations and disappointments.

Fortunately, the lake more than met our expectations.

We did not have the time to head to Olkhon Island, which is said to be the most scenic part of the lake.

Instead, we headed to Listvyanka, which is a short one-and-a-half hour drive from Irkutsk.

Listvyanka itself is only a one-street town, with a population of less than 2,000.

With the exception of a modern hotel, the rest of the buildings looked exactly like what I expected Siberian architecture to look like – log houses with brightly painted shutters.

We managed to rent one of these houses for the five of us, and despite the slightly ramshackle appearance, the interior was very pleasant and comfortable.

However, there’s no drinking water in the house.

The guy who rented us the house told us that we could drink straight off a nearby stream.

When he noticed our looks of skepticism, he brought us to the stream, cupped some water in his hands, and drank from it.

He then urged us to do the same.

After some hesitation, though not for long due to our thirst, we all put our worries aside and drank from the stream.

The water was cool and refreshing.

More importantly, it did not give us a stomachache the next day.

Lake Baikal is just a short stroll from the house.

It is a crystal clear body of extremely blue water, with distant snow-capped mountains on the opposite shore.

Local superstition has it that swimming in the lake will add 25 years to your life.

But though it was early summer, the water was still icy cold.

I decided to only dip my foot in and that few seconds were enough to convince me that only the foolhardy or polar bears can survive a swim in the lake.

Incidentally, the action of dipping my feet in is said to add two years to my life.

However, most of my other friends decided to pass on the offer to extend their lives by even two years.

Walking along, we came across a restaurant by the lake.

It was selling the omul fish, which is one of the most famous product of Lake Baikal.

The fish is sold smoked and the taste is delicate yet sweet.

Little wonder that some travelers rate it as one of the highlights of the region.

It’s definitely one of my highlights.

With our tummies fully sated, we decided to explore the area.

Listvyanka is a tourist town, yet beyond its one and only street, the scene is decidedly rural, with old Siberian wooden cottages and workers fetching water from a nearby stream.

Somehow the whole setting had a very calming and soothing effect on my senses.

Later that evening, long after the sun had set over Lake Baikal, we had a chat with a couple who were travelling with their two-year-old toddler from Beijing to Moscow on the Trans-Siberian.

It was the husband’s first trip across Asia on the Trans-Siberian, but the wife’s second.

She told us that her first trip had been unforgettable and she wanted her family to share the same experience.

Besides, it was a trip that her husband wanted to do, and they decided that they should do it while they were still based in Beijing.

She added that there was something romantic about the notion of travelling across Asia on train, as it passes through the rural Chinese countryside, across the harsh Gobi Desert, to the endless Mongolian steppes before entering Russian territory and the vast tundra.

Days later, as I was on the Ulaanbaatar-bound train, I thought back on our conversations with the lady whose name I’ve forgotten.

She had indeed hit the nail on its head when she talked about the romance of rail travel.

But more than that, there’s also the spirit of adventure it evokes.

Aeroplanes might be able to transport you from place to place in an efficient and quick manner but sometimes, the journey is more important than the destination.

Irkutsk and Lake Baikal might be worthy destinations but it’s the joy of reaching there on the Trans-Siberian that makes the trip all the more worthwhile.

So as the train chugged out of Irkutsk station, I took a last look at the city, made myself comfortable, and looked forward to the next 35 hours.

During this difficult Covid-19 Circuit Breaker period, maybe what we need are ordinary heroes than superpower heroes. Launched…
byalvinology 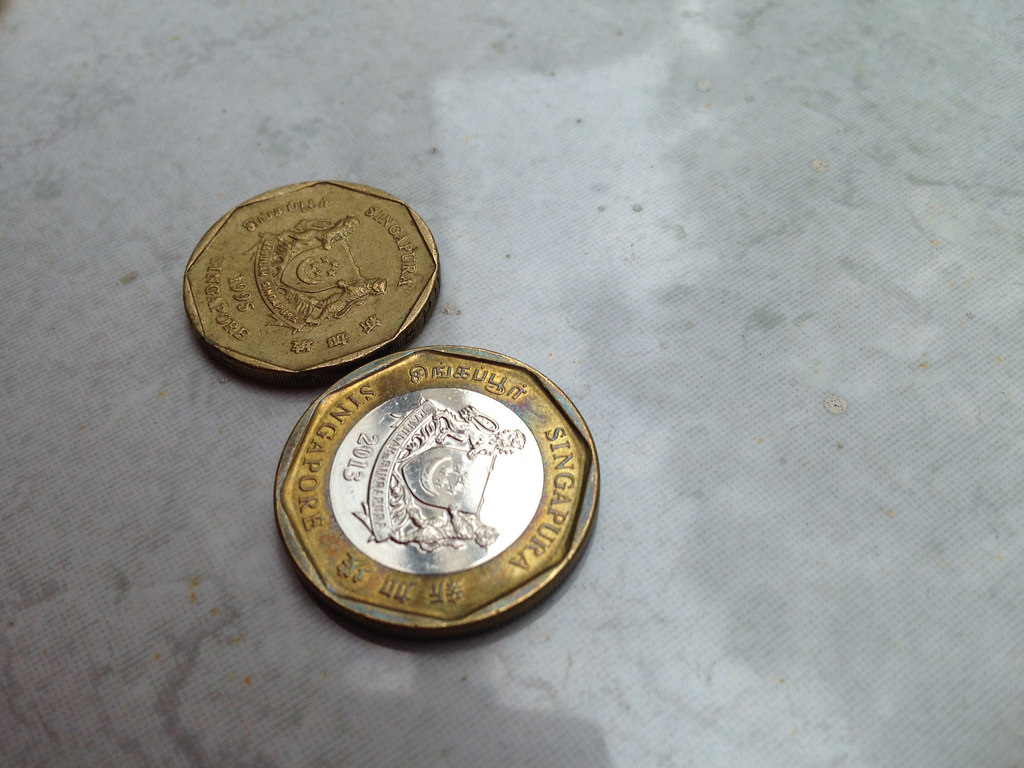 Look at your $1 coin closely. Doesn’t matter if it’s the old one or the new one. If…
byRachel Chan

I am not blessed with good skin. My face is oily and acne-prone. Throughout my teenage years, I…
byalvinology