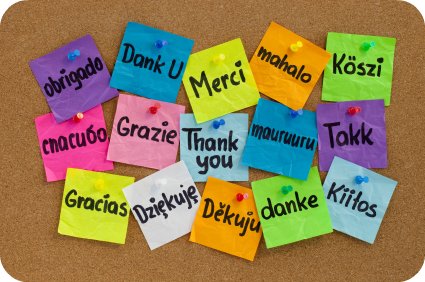 If you’re traveling to a country where English is not widely spoken, do you know how you are going to cope? Many travelers make the mistake of simply assuming that everyone they meet are going to speak some English – that is not often the case. Sure the staff at hotels and airports are more than likely to speak English because they often encounter foreigners, but the local folks who rarely deal with foreigners may not speak any English at all quite simply because they don’t have a need to. How are you going to make yourself understood then with people like that?

I am a really big fan of the reality TV programme Amazing Race and have watched many versions of it (US, Canada, Asia, Australia vs NZ, China Rush, France) and what astounds me though is the way many of these contestants are absolutely hopeless when it comes to communicating with someone who doesn’t speak English. Good grief. Their default response is to raise their voices and repeat themselves many times – to which I think, your Vietnamese taxi driver isn’t deaf, he just doesn’t understand English, speaking very loudly or repeating yourselves over and over isn’t going to help him understand what you’re trying to say. You’re just annoying him like that!

Now I have found myself in such situations before in my travels around the world and there are some countries where the number of locals who speak any English is painfully low – the places which come to mind are Russia, Morocco, China, Sri Lanka, Indonesia, Albania, Vietnam and Turkey. I was able to get away with Mandarin and Malay in China and Indonesia, but allow me to share with you some other strategies I have used to communicate in these countries.

Now nobody expects you to become fluent in a matter of weeks, but you surely can memorize a few simple phrases to communicate the bear essentials. Furthermore, you don’t have memorize everything – this isn’t a language exam you’re going to take. You can always find a list of vital phrases you need on the internet – Omniglot is a very good website for this. Simply print out the phrases you need and then take them out when you need to use them. If you are going to be traveling for a longer period, consider investing in a useful phrase book which will enable you to communicate with the locals by simply pointing to what you want to say and they will be able to read the corresponding translation in their local language. Yes this will require you to spend some time and make some effort, but you will definitely be rewarded by the locals who will appreciate the fact that you have tried very hard  to communicate in their language instead of just assuming that they must speak English.

2. Draw it out: pictionary!

Have you ever heard of the game pictionary? It is a brilliant game – the game is played with teams with players trying to identify specific words from their teammates’drawings. Now one of the key rules of pictionary is that you have to communicate solely via drawings and you’re not allowed to use any words or even letters in your drawing. Don’t underestimate the power of this kind of communication for it does transcend linguistic boundaries and it allows you to convey many simple concepts when words fail you. For example, you may not know the word for ferry or boat – but drawing a simple picture of a boat on water would instantly convey what you need to the other party instantly.

3. Act it out: charades + sound effects

This is probably a bit less effective than pictionary but if you simply cannot get hold of pen and paper for a round of impromptu pictionary, then by all means act it out. Time for a game of charades! You may not know the word for train in another language like Korean 기차 “gicha” or Russian поезд “poyezd” but you can mime the action of a train rolling down the track, make the universal “choo-choo” sound and the associated sounds of a train engine and you probably will be understood. And if your waiter doesn’t understand that you want beef or chicken, try mooing like a cow or clucking like a hen and that’s probably universal as well.

I speak French as a second language and it has served me extremely well in my travels abroad. For example, when I am in Morocco and Tunisia, my knowledge of Arabic is very limited and very few locals speak any English. However, as these countries are former French colonies, I usually am able to get away with speaking French with the locals. I remember when I was in Turkey and I was totally lost on the Asian side of Bosphorus Straits near the town of Poyrazköy. I asked a local man for help in my very basic Turkish but I couldn’t understand his Turkish instructions and he couldn’t speak any English. Fortunately, he spoke some German as he had worked in Austria and whilst neither of us spoke German particularly well, it was enough for us to have a real conversation where we actually understood each other. This may work for you sometimes, but you need a decent arsenal of a few of the world’s most spoken languages to use: French, Spanish, Russian, German, Mandarin and Arabic.  Not everyone may have chosen to learn English as a second language, you know. You certainly don’t need to be fluent in any of those languages, you just need enough to get yourself understood.

I know this sounds terribly ageist but there is a practical implication here. Younger people are far more likely to have studied English (or at least one other foreign language) at school – usually I would pick anyone from around 15 to 25, that would be the ideal age range if you are hoping for someone to speak English in a country where it is not commonly spoken. I also try to choose someone who is smartly dressed and looks as if s/he has a job where s/he has to deal with international clients and hence would probably need to speak English at work – I know this is incredibly superficial of me to judge people by their appearances, but it has served me well in terms of identifying someone in the street who can most probably help me!

6. Listen carefully, you will understand more than you think.

Too many people simply hit the panic button when they are spoken to in a language they don’t understand. Calm down, pay attention and listen carefully. You may be able to pick up at least 20% to 30% of what the other person is saying and along with other non-verbal communication by body language, that could be enough for you to figure out the vital information. I remember when I was in Suzhou, China – I asked a very old man for directions and he spoke to me the local Suzhou dialect. Now the local Suzhou dialect is part of the Wu topolect group (along with Shanghainese, Changzhou dialect, Ningbo dialect etc) and my knowledge of Mandarin, Hokkien, Teochew and Cantonese didn’t not help me at all when it came to Wu dialects. However, I persisted and realized that I could figure out and understand just about enough of what he was saying if he spoke slowly and he could also understand enough of my Mandarin to facilitate a conversation. We were not speaking the same language, but yet we managed to communicate enough for him to give me directions.

Oh yes, this is something that is most commonly done in China by foreigners who can’t speak/read/write Chinese (so they can show their destination to the taxi/bus driver) but it is a very good idea to write down your destination in the local language especially if you are dealing with an unfamiliar script (Korean, Japanese, Hindi, Persian, Arabic, Hebrew, Russian, Greek etc). However, even if you are dealing with a European language that you think can read, play it safe and write it down. Let me give you an example: the third largest city in Poland is Lodz – well actually it is written as Łódź in Polish but it is usually anglicized as Lodz. However, it is pronounced “Wuudch” – which is a far cry from the Anglicized “Lodz”, that is because the Polish letter Ł is pronounced like a W in English and not an L. So if you are trying to get to the town of Lodz, it is a good idea to write it down because none of the locals call it “Lodz” but know it as “Wuudch”. It will take you a brief moment to scribble down Lodz on a piece of paper and it will be worth it just to make sure you get to the right destination!

Let me give you another example: the capital of Liechtenstein in Vaduz, that’s a name in the German language. Many English speakers pronounce Vaduz as Vay-dus to rhyme with Las Vegas – that’s completely wrong as the correct pronunciation is “Fah-dootz”, according German pronunciation rules. Then of course, there is that nice city in the south of France called Nice but pronounced “Niss” rather than the English equivalent ‘nice’. And just down the road from Nice is the city best known for its film festival: Cannes, which should be pronounced ‘Kahn’ (to rhyme with bun, fun and run) and not ‘Cans’, ‘Canes’ ‘Cane’ or even ‘Kan-ness’. Like seriously, it’s a town with a monosyllabic name, yet so many people get it wrong, c’est incroyable.

Many English-speakers do not realize that whilst European languages like French, German, Hungarian, Italian, Polish, Czech, Finnish etc may share the same alphabet, but the rules of pronunciation differ greatly language to language. And the chances of you totally mispronouncing a place name in another language is actually surprisingly high if you are simply going to use English language rules with a European place name. You may be lucky and get it right but if unsure, do not leave it to chance: take a moment to simply write it down. If you are dealing with a language like Czech, Slovakian, Polish or Hungarian, you will almost certainly get the pronunciation wrong as the rules are so very different from English.

8. Most of all: Stay calm, don’t lose your cool and smile!

Remember, nothing can ever be solved by losing your temper or shouting at people. Gosh I see that so much on the Amazing Race… Always remain calm and polite no matter how frustrating the situation may be for you – remember, it is probably equally frustrating for the other party who is unable to understand what you are trying to say as well. If you start being impatient by raising your voice or constantly repeating yourself, then the other party may simply think, “sod this, you’re on your own, I’m not going to help you if you’re going to be rude like that”, then simply walk away. Even if you find that you simply cannot communicate with someone, end that conversation by saying thank you, smile, walk away and find someone else you may be able to communicate with.

So there you go – that’s 8 simple tips on how to communicate in a country where English is not widely spoken. What have your experiences been like traveling in such countries? How did you get by? Do leave a comment below and let me know what your thoughts are, thanks for reading.

PS. Here’s a challenge for you – can you name all the languages featured in the photos of me traveling around the world? 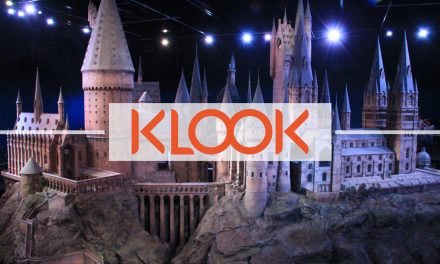 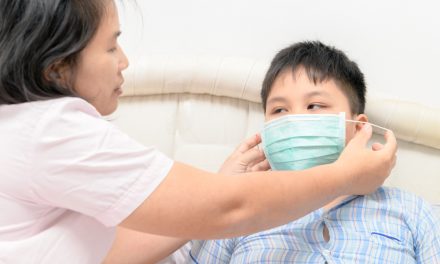 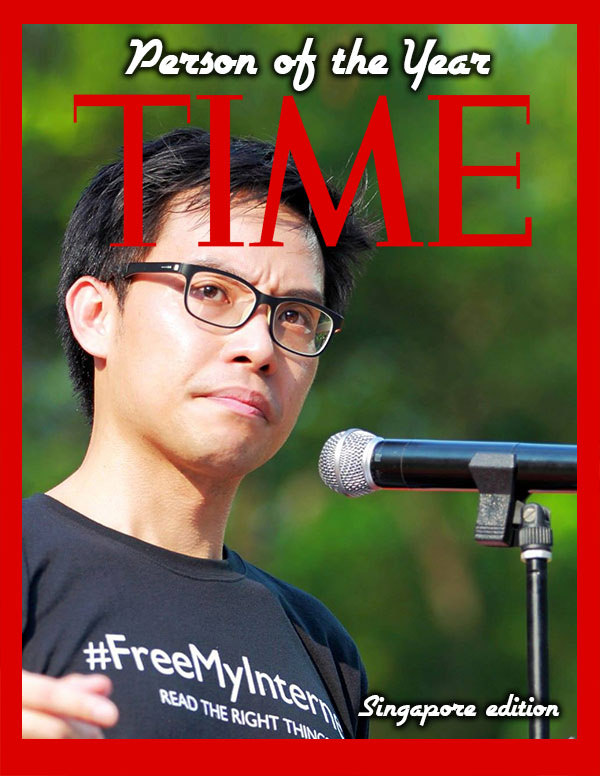