On my third day in Israel with the Dig Israel team, we started the day exploring the Dead Sea on our own before making our way to Jerusalem where we will be spending the rest of the days for our trip.

I woke up early, excited to float myself in the Dead Sea.

I love to swim and I like getting wet. I have always seem cool travel pictures of others reading a book or doing something mundanely ordinary while floating effortlessly in the Dead Sea unaided. I was determined to get a shot like that myself.

The sea was a short walk from the hotel. There is a free buggy service provided that shuttles between the sea and the hotel at regular intervals. I gladly boarded one after a breakfast.

I was surprised to be the first person at the beach from our group. I thought the others would be as excited too, but everyone was probably too tired and slept late. I was joined by Ilona, Beit and Jane subsequently.

With Jane’s help I managed to get the floating shot which I wanted:

I wished I got my hands on some of the black mud to paste all over my body though. That would have made for another excellent shot. Perhaps next time.

A little background about the Dead Sea, via wikipedia:

The Dead Sea is a salt lake bordering Jordan to the east and Israel and the West Bank to the west. Its surface and shores are 423 metres (1,388 ft) below sea level, Earth’s lowest elevation on land. The Dead Sea is 377 m (1,237 ft) deep, the deepest hypersaline lake in the world.

With 33.7% salinity, it is also one of the world’s saltiest bodies of water. It is 8.6 times saltier than the ocean. This salinity makes for a harsh environment in which animals cannot flourish, hence its name. The Dead Sea is 67 kilometres (42 mi) long and 18 kilometres (11 mi) wide at its widest point. It lies in the Jordan Rift Valley, and its main tributary is the Jordan River.

The Dead Sea has attracted visitors from around the Mediterranean basin for thousands of years. Biblically, it was a place of refuge for King David. It was one of the world’s first health resorts (for Herod the Great), and it has been the supplier of a wide variety of products, from balms for Egyptian mummification to potash for fertilizers. People also use the salt and the minerals from the Dead Sea to create cosmetics and herbal sachets. In 2009, 1.2 million foreign tourists visited on the Israeli side.

Why are we able to float so effortlessly in the Dead Sea?

Well, in simple terms, it is because the water in the Dead Sea is so dense with salt and minerals that it is heavier than human density. Nature is intriguing.

While the floating part is cool, getting Dead Sea water in your eyes or any open wounds is not. Be warned not to shave before soaking in the Dead Sea unless you want your pores to feel like they are getting stung by a thousand needles. Do not splash water at your friends’ eyes. The pain is excruciating.

The floor bed of the beach is littered with pointy salt crystals, making them prickly to walk on. I was fine walking on them bare footed, but some others in my group had to wear slippers or sandals. Hence bring footwear if you have delicate soles.

In the afternoon, we headed to Mahane Yehuda Market (Hebrew: שוק מחנה יהודה), a marketplace in Jerusalem. Popular with locals and tourists alike, the market’s more than 250 vendors sell fresh fruits and vegetables; baked goods; fish, meat and cheeses; nuts, seeds, and spices; wines and liquors; clothing and shoes; and housewares, textiles, and Judaica (objects used by Jews for ritual purposes).

At the market, I bought some Israeli halva (sesame cake) and dates to bring home, sampling some street snacks along the way.

For lunch, we dined at a Kurdish restaurant which served some really amazing soups. The restaurant does not have an English name, but I took a picture of the signboard:

After lunch, we headed to the City of David (Hebrew: עיר דוד‎), the oldest settled neighborhood of Jerusalem and a major archaeological site due to recognition as biblical Jerusalem. Stay tuned for my next update. 🙂 If you are a fan of dim sum and other Cantonese delights, Royal Pavilion at Park Regis Singapore…
byalvinology 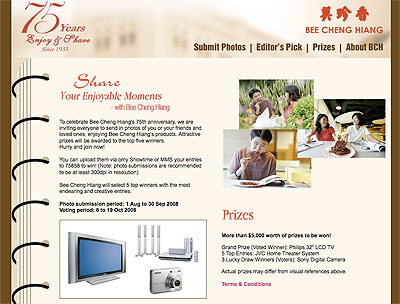 New cultural, culinary and wellness experiences on Silversea announced for 2017

Silversea cruises has unveiled the newest enrichment activities for its latter 2017 cruises. Cruise guests may enjoy ballet and…
byStaff Writer
Hello. Add your message here.
See how Snapask has been helping out over 3 million students around the world. Find a perfect plan