Royal Caribbean International’s Voyager of the Seas arrived in Singapore for the first time on 26 May 2012 (Sat) and was welcomed by more than 100 government officials, company executives, as well as local and regional travel agents and media. Arriving to start her maiden Asian season, the 137,276-gross registered ton Voyager of the Seas also became the first cruise ship to call at the new Marina Bay Cruise Centre Singapore, as well as the largest to homeport in Asia.

I was one of the lucky few who got invited to a ship tour of Voyager of the Seas, being among the first few Singaporeans to step onboard the ship.

Voyager of the Seas arrived after an 11-night cruise from Dubai with close to 3,000 international guests onboard. An official plaque and key ceremony was conducted at the cruise terminal in honour of the ship’s first turn in Singapore, with exchanges between Captain Charles Teige of Voyager of the Seas and Mr Chew Choon Seng, Singapore Tourism Board Chairman, Mr Lam Yi Young, Maritime & Port Authority of Singapore Chief Executive as well as Mr Tan Chuan Lye, SATS-Creuers Cruise Services Chairman. This is Royal Caribbean’s third ship to be based in Asia, following Rhapsody of the Seas and Legend of the Seas.

Seeing is believing. Here are some pictures I took of the launch event and on the ship tour:

Don’t these pictures make you want to book a cruise trip onboard Voyager of the Seas? Visit Royal Caribbean International’s official website to find out more.

First in Asia Onboard Features

The 14 passenger-deck Voyager of the Seas, which carries 3,840 guests at total occupancy, will give cruise enthusiasts from Singapore the chance to experience Voyager Class’ activities and entertainment never seen before in Asia. This includes the Studio B ice-skating rink, Royal Promenade – a boulevard of shops and cafes – and a full-sized sports court. Other onboard innovations include the 3D movie theatre, in-line skating track, rock-climbing wall, mini-golf course and golf simulator. In addition, there is a three-tier theatre, themed bars and lounges as well as a mezzanine split level nightclub.

Voyager of the Seas also offers guests the unique DreamWorks Animation entertainment programme. Guests of all ages can interact with ‘celebrity’ characters like Shrek and Fiona of “Shrek”, Alex of “Madagascar” and Po of “Kung Fu Panda” during parades in the Royal Promenade, character breakfasts in the main dining room and photo opportunities.

There are numerous dining options onboard, including the three-tier dining room and specialty restaurants including Italian-style Portofino’s and 50’s style diner Johnny Rockets. The choice of accommodation is also wide-ranging with more than 40% more staterooms and five more categories than today’s offerings in the region, ranging from luxurious Royal Suites to unique Promenade staterooms with views overlooking the Royal Promenade.

Voyager of the Seas is featuring short cruises of three to five nights from Singapore to Penang, Kuala Lumpur and Phuket, as well as an eight-night cruise to Shanghai that visits Ho Chi Minh, Xiamen and has an overnight in Hong Kong.

After sailing from Singapore, the ship will move to China and offer five- to seven-night North Asian cruises from Shanghai and Tianjin visiting a variety of Japanese and Korean destinations such as Fukuoka, Kobe, Okinawa and Jeju from June to October.

At the press conference, Royal Caribbean International also announced the deployment of a second Voyager Class ship, Mariner of the Seas, to Asia in 2013. The ship, which is the same size as Voyager of the Seas, recently underwent a multi-million revitalization. She will be starting her maiden Asian season in Singapore in June with three cruises of 3-10 nights to Malaysia, Vietnam, Hong Kong, Japan and Shanghai. She will return to Singapore from mid-November to offer a series of Southeast Asian cruises.

When she sails into Singapore in 2013, Mariner of the Seas will offer guests the benefits of the multi-million dollar Royal Advantage strategy, including enhanced staterooms and other innovative features that Royal Caribbean International has created in recent years.

Royal Caribbean provides a world-class vacation experience with a wide range of signature onboard amenities, entertainment, and award-winning family programming. The cruise line has a 40-year history of giving guests the Royal Advantage – the most innovative cruise ships, exciting itineraries to popular destinations, and world-renowned friendly and engaging Gold Anchor Service. 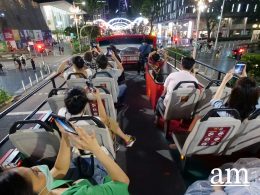 “Where flowers bloom, so does hope.” This year, Orchard Road Business Association (ORBA) celebrates a journey of hope…
byalvinology 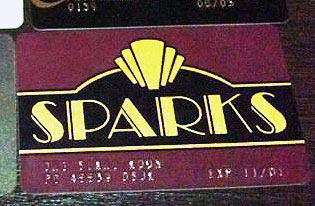 If you are born in the 80s and was a clubber during the 90s, you should know the…
byalvinology