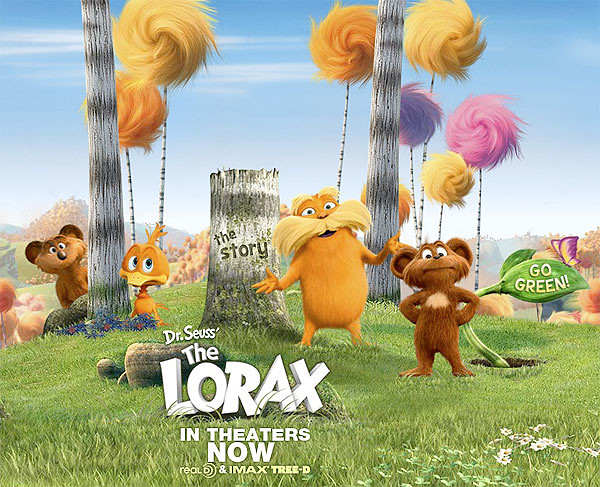 Lots of orange, furry creatures in The Lorax

Dr. Seuss’ The Lorax (also known as The Lorax) is a 2012 American computer-animated 3-D musical comedy-drama film based on Dr. Seuss’ children’s book of the same name. It was produced by Illumination Entertainment and was released by Universal Pictures on March 2, 2012, what would have been the 108th birthday of Seuss, who died at age 87 in the year 1991.

The movie will be showing in Singapore cinemas on 8 Mar (today).

The film is the fourth feature film based on a book by Dr. Seuss, the second Dr. Seuss adaptation fully computer-animated after Horton Hears a Who!, and the first to be released in 3-D.

Rachel and I are fans of Dr Seuss; particularly Rachel who takes time to read a Dr Seuss’ children book to our baby son, Asher almost every night, even when he was still a fetus in her belly.

The beauty of Dr Seuss’ children books are that all the words rhythm like a song to string up a story, often nonsensical on the surface, but with some light touch moral.

The Lorax is one the books which we have both read to Asher a few times. Hence we are quite familiar with the simple, but endearing story line.

We were looking forward to catching this movie and were delighted to be able to watch it on the preview on Monday (5 Mar), thanks to the folks from UIP Singapore.

At the Singapore preview, omy bloggers came dressed in orange, with orange mustaches in honour of The Lorax and really for the fun of it.

Rachel and I joined in too: 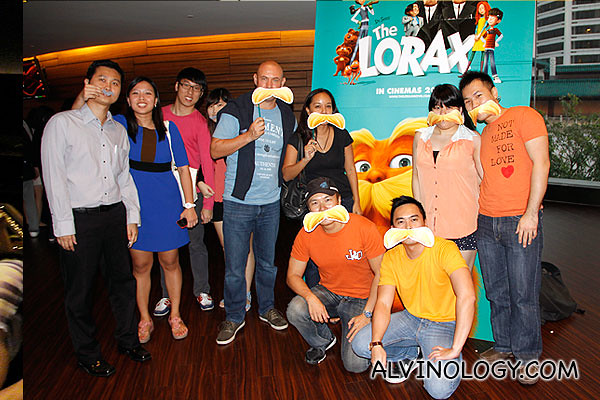 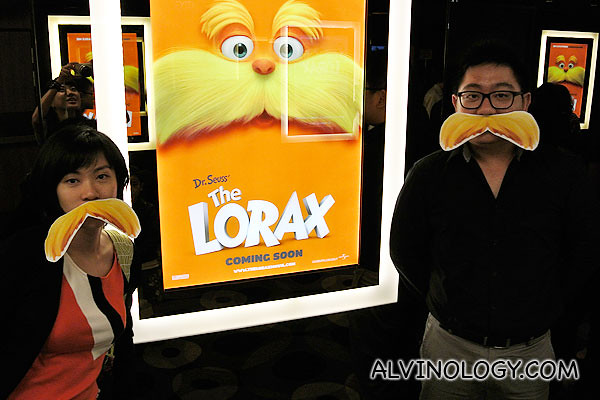 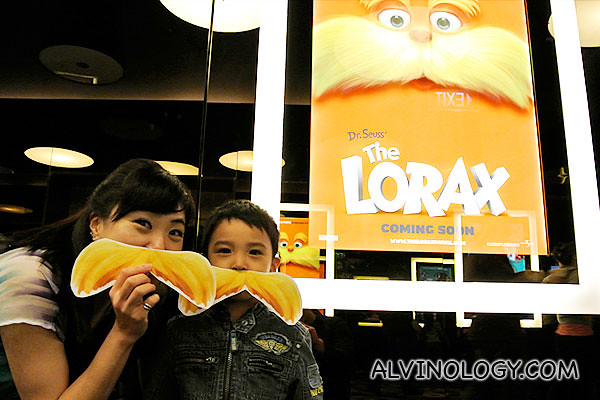 My colleague, Carol and her son with orange mustaches

Overall, I pretty much enjoyed the movie. I am impressed that the screenwriters were able to expand a simple, short children’s book into a full-length movie more akin to a novel.

Hardcore Dr Seuss book loyalists will not be pleased though, there were drastic changes and expansion to the story.

The movie has a consistent theme on caring for the environment throughout, making it a wholesome movie to watch with your little ones to inculcate them with strong environmental values.

I like the this quote at the end of the movie:

“Unless someone like you cares a awful lot, nothing is going to get better. It’s not.” Dr Seuss, The Lorax

It rhythms, making it easy to remember! 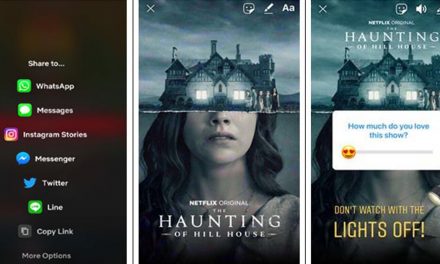 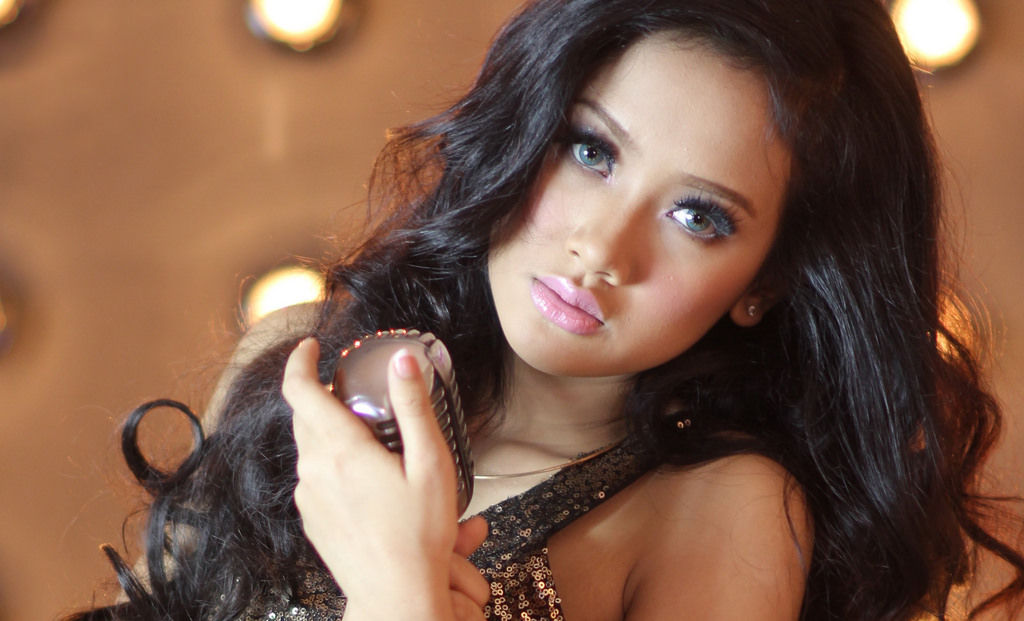 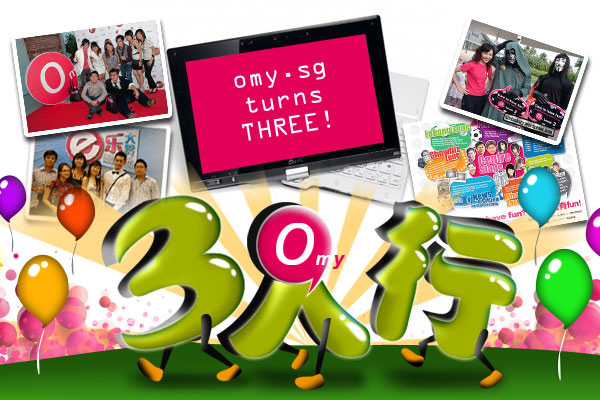