Shanghai Expo with Coca-Cola – Day 1 of 4

As mentioned in my previous blog post, I got to fly to Shanghai (上海) to experience the World Expo 2010, together with another Singapore blogger, Walter Lim, courtesy of Coca Cola Singapore.

Our flight was at 10.10am on 6 May (last Thurs). I arrived at the airport relatively late, having overslept as my body was still repairing itself from the three weeks of sleep-deprived 24-hours guard duties for reservist.

This is the first time I am flying Business Class. The check-in was speedier and there’s also an exclusive lounge to enjoy some light food and beverages. Light reading material is available too. Sorry if I am like a frog in a well as I usually travel on a shoestring budget, given my very average salary which I have to stretch every cents.

Walter had specially dressed in an oriental top to fit the occasion. I met him and June from Coca-Cola Singapore at the lounge. June is the one who made this trip possible for us and I am sincerely grateful for the opportunity. We had a quick chat and promptly proceeded to the boarding gate for departure.

In Business Class, the stewardess are more attentive and polite. They make an effort to address everyone by your surname and honorific: “Would you like a welcome drink Mr Lim?” quipped a pretty stewardess as I settled into my seat.

Meals are served, one course at a time. The seats are much roomier and can be transformed into a flat bed.

It was a comfortable flight for me and I got to catch up on much needed sleep. Singapore to Shanghai is a five hours flight. When I woke up, we had already landed in Shanghai.

The last time I visited Shanghai was five years ago, during an exchange program paid for by the Singapore government. Much have changed since. Every time I visit China, I am overwhelmed by their pace of growth.

Shanghai Pudong International Airport (上海浦东国际机场) looks clean and modern. The check-in was also very speedy, in spite of the heavy human traffic. Staff were courteous and helpful. A reason could be because, one is allowed to rate the custom officer serving you, immediately via a rating box placed in front of the counter where they are seated.

I expected there to be a sensory overload of Expo ads and mascots at the airport, but was pleasantly surprised that the authorities have exercised much taste and did not engage in such hard-sell tactics. Sans for a few random Haibao (海宝) statues (the official Shanghai Expo mascot), there weren’t much ads on the Expo at the airport.

We were then picked by a car from our hotel to ferry us back. The three of us checked into our hotel, Hyatt on the Bund, at around 4.30pm.

After dropping my luggage, I made a few quick phone calls to my friend, Kok Kuan, who just relocated to Shanghai for work a week earlier to join his wife who is already based in Shanghai for around a year. I also contacted a local Shanghainese mutual friend of Kok Kuan and me – Xiaoyan, whom we got to know during the exchange program I mentioned earlier.

As my schedule is quite packed, I figured I am only able to meet up with my friends on the first night and maybe for a short while on the last day morning. Kok Kuan agreed to meet up with me after dinner to go for a drink. He will also contact Xiaoyan and arrange for another get together.

Thereafter, I met up with Walter and we went for a stroll at the landmark Shanghai Bund  (外滩) area. Here’s a useful infographic to help identify all the iconic buildings located on The Bund. Via Wikipedia:

The area centres on a section of Zhongshan Road (East-1 Zhongshan Road) within the former Shanghai International Settlement, which runs along the western bank of the Huangpu River, facing Pudong, in the eastern part of Huangpu District. The Bund usually refers to the buildings and wharves on this section of the road, as well as some adjacent areas. The Bund is one of the most famous tourist destinations in Shanghai. Building heights are restricted in this area.

The weather was breezy by the river. Temperature was around 20+ degree Celsius – comfortable air-con temperature to enjoy a leisurely stroll without getting all sweaty.

I was awestruck by the beautiful landscape which fuses modern and heritage architecture. Singapore will not be able to achieve this as we do not have a long and rich heritage like Shanghai, even though we probably have just as many modern buildings.

The view changes as night falls. The buildings gradually light up one by one, transforming the city into another whole new landscape. The electricity bill to the city municipal must be tremendous though.

We spent around an hour or so soaking in the Shanghai atmosphere at The Bund before heading back to our hotel for dinner at the in-hotel Aroma restaurant where we will be meeting the other bloggers from around the world.

Over dinner, we met with the team of bloggers from Japan, Thailand and Korea as well as the Coca-Cola representatives from the respective country and the super energetic host in China, Brenda with her local team. We will also meet bloggers from Australia, China and Hong Kong the next day.

Dinner was buffet style and there was a wide international spread available. In general, I often find the food in China a tad too salty and oily for my taste bud. The same applies for this buffet meal. Nonetheless, I still enjoyed my dinner and had fun mingling with the rest of the bloggers and the Coca-Cola staff.

After dinner, I met up with Kok Kuan and his wife, Hairong, together with Walter. We took a cab to a French heritage street, Hengshan Road (衡山路), to settle down for a drink. In the end, we chose a cafe restaurant  called Lapis Lazuli  (藏龙坊) which serves both alcoholic beverages as well as tea and coffee. Their international food menu looks interesting, but we were all too full to eat anything.

The prices was comparable to Singapore. In fact, we learn over the next few days that the cost of living in Shanghai is almost on par with Singapore, even though the locals still earn less than Singaporeans. Rising cost of living and a squeezed middle class seemed to the problem of all bustling cities around the world.

Kok Kuan and Hairong shared with us, their insights on working in the PR line in China. Kok Kuan has been in PR since he graduated from NTU where we both schooled. He was the top student in my cohort of mass communications graduates. His wife, Hairong, is a native Hainanese and has worked and studied in Singapore before returning to China. She was a financial journalist and has recently switched to PR to help a Singapore company set up office in Shanghai.

I find the two of them the model overseas and native Chinese couple, set to conquer the world in the 20th century as China continues to grow as a economic and political powerhouse.

That ended my first day in Shanghai. The next day, we will be visiting Coca-Cola’s Global Innovation and Technology Centre in Shanghai. We will also be heading to Xintiandi  (新天地) to do some shopping, ending the day with a posh, fusion dinner at T8,  together with the trio from Expedition 206. Stay tuned. 🙂

Throughout April, meat-loving diners across Singapore and Hong Kong demonstrated the big difference that individual food choices can…
byIrone Kim 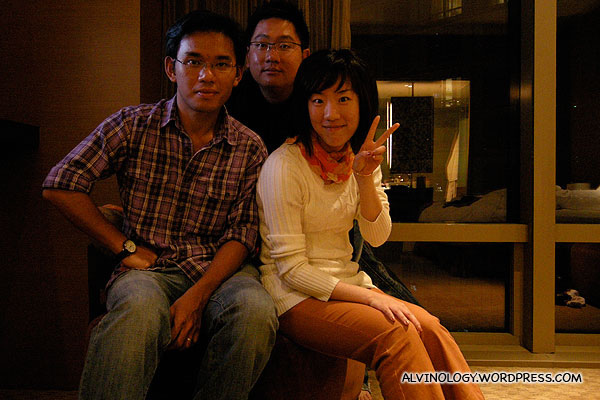 Shanghai Expo with Coca-Cola – Day 4 of 4

After returning to my hotel on my third day in Shanghai, my friends, Kok Kuan and Xiaoyan came…
byalvinology

On our second day noon in Hong Kong Disneyland, we had lunch at Corner Cafe at Main Street,…
byalvinology 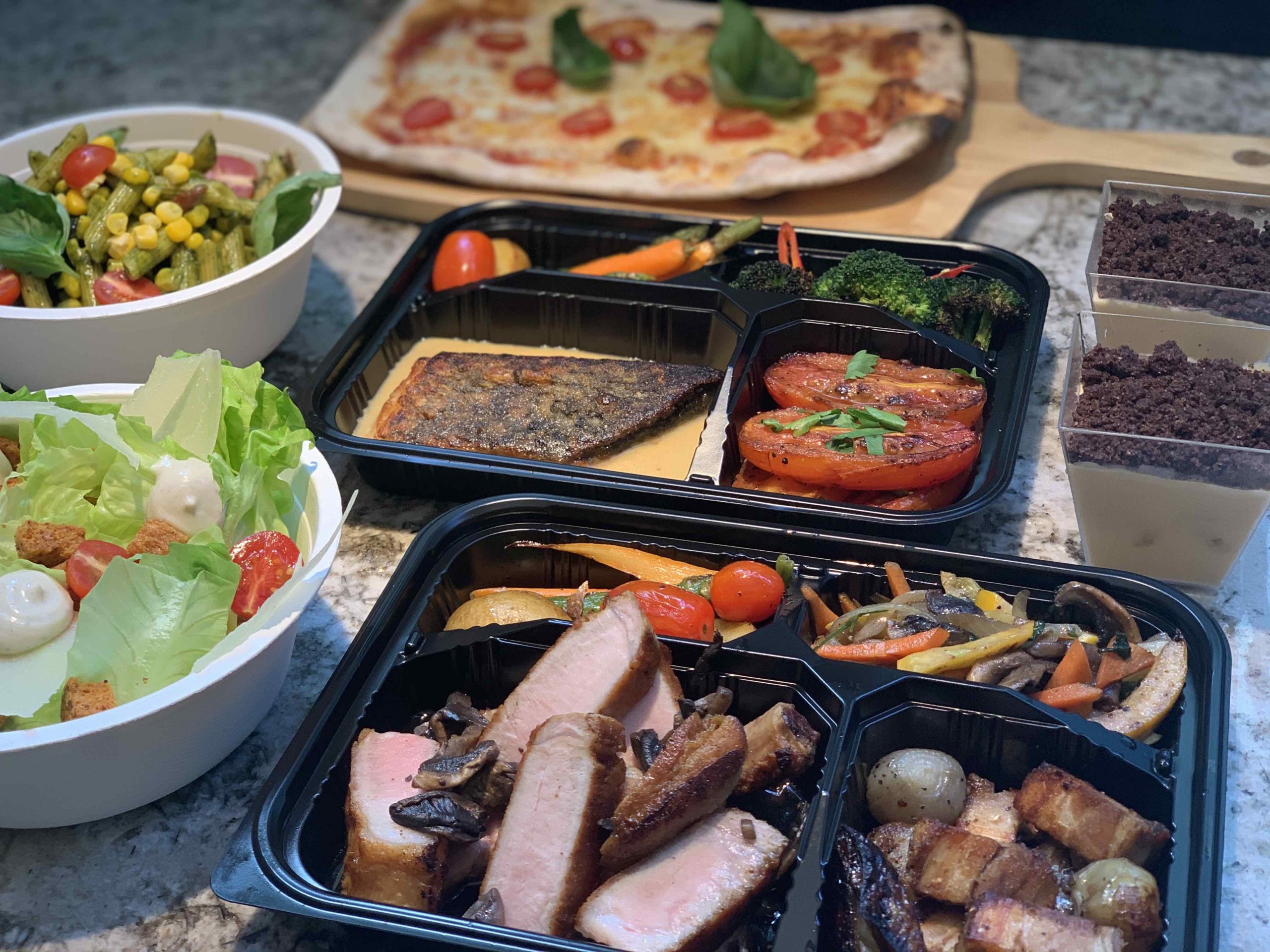 Father’s Day is round the corner and with Singapore entering into Phase 1 of our Economy reopening, each…
byalvinology
Power up your child's learning with Geniebook.
Sign up for free demo
This is default text for notification bar
Learn more