Who is Charles Chong?

Via Wayang Party. “Le Cordon Bleu Chef”, Tan Yong Soon may have been reprimanded by his bosses, but here comes MP Charles Chong of Pasir-Punggol GRC, seeking to outdo him.

Commenting on Singaporeans criticising Tan Yong Soon’s insensitivity for flaunting his riches when ordinary Singaporeans are bearing the brunt of the current recession, Mr Chong has this to say (via TODAYonline):

Agreeing that the rebuttal in Parliament was “harsh”, MP Charles Chong noted that Mr Tan didn’t “brag” about how expensive the trip was in the article.

“Maybe it made lesser mortals envious and they thought maybe he was a bit boastful. Would people have taken offence if his wife (a senior investment counsellor at a bank) had paid for everything ?”

So now… Singaporeans are branded as “lesser mortals”?

What makes a “greater mortal”? Someone like MP Charles Chong or someone like Tan Yong Soon? Judging from their equally stellar resumes, I suppose both of them deserved to be crowned so.

Below are more information about Mr Chong (via Pasir Ris-Punggol Town Council):

Chong You Fook, Charles, is the Vice President, Quality and Safety at SIA Engineering Company.

Charles attended Sydney Technical College in Australia from 1973 – 1976 on a Qantas Airways Scholarship. He is a qualified aircraft maintenance engineer and served overseas postings with SIA in Dubai, Bahrain, Seattle and Toulouse. He was active in the labour movement from 1985 – 1988 and served as President and General Secretary of SIA Staff Union.

Charles is married with two children.

Here’s the full article on TODAYonline from which Mr Chong’s quote was taken:

HIS five-week family trip to Paris to learn cooking at the famed Le Cordon Bleu culinary school appeared as a self-penned travelogue in The Straits Times on Jan 6.

Soon, Mr Tan Yong Soon’s article was re-appearing in blogs and Internet forums as netizens reacted to the expensive holiday taken by the permanent secretary at the Environment and Water Resources Ministry.

Yesterday, the Government made it clear the story was “insensitive and ill-judged”, given the current economic climate.

Taking a question from Nominated MP Siew Kum Hong, Defence Minister Teo Chee Hean, who is the Minister in charge of the Civil Service, said that although Mr Tan’s vacation was a private decision, he was “disappointed” with what was published. Referring to the article, Mr Siew had asked if the Civil Service had guidelines for senior civil servants to conduct themselves “appropriately and sensitively”, especially in a time of a recession.

The article told of how Mr Tan, his wife and son had signed up last June for a cooking course, which costs €7,750 ($15,200) per person for a basic programme.

“It struck a discordant note during the current economic circumstances, when it was especially important to show solidarity and empathy to Singaporeans who are facing uncertainty and hardship,” Mr Teo replied.

The head of the Civil Service, Mr Peter Ho, has asked Mr Tan to “take note of the feedback and learn from this episode” and has put the matter “on record”, said Mr Teo.

When contacted, Mr Ho said: “It is part of the duty of civil servants to be sensitive to challenges faced by Singaporeans, especially in difficult times like these. The leadership of the Civil Service – the Permanent Secretaries – must exemplify this sensitivity. This is vital for Government to be able to formulate and implement policies effectively.”

Among the comments in his story, Mr Tan had written, “Taking five weeks’ leave from work is not as difficult as one thinks. … if you are a good leader who has built up a good team, it is possible to go away for five weeks or even longer.”

Calling the episode a “setback” for the Service, Mr Ho added: “My colleagues and I feel very bad about this episode, because it stands in contrast to the values and ethos of the Service, and if left unaddressed, can undermine the confidence and trust essential for us to do a good job.

“Our first duty is to serve Singapore and Singaporeans, and we should always conduct ourselves with decorum and humility. Everything takes its marking from this,” he said, listing the values of the Singapore Public Service: Integrity, service and excellence.

MP Arthur Fong agreed that Mr Tan could have been more sensitive about the timing of the story.

“It was harsh on him, but the timing wasn’t good,” said Mr Fong. “Perhaps people wouldn’t even blink if this story came out in good times.”

Agreeing that the rebuke in Parliament was “harsh”, MP Charles Chong noted that Mr Tan didn’t “brag” about how expensive the trip was in the article.

“Maybe it made lesser mortals envious and they thought maybe he was a little bit boastful,” he said. “Would people have taken offence if his wife (a senior investment counsellor at a bank) had paid for everything?” 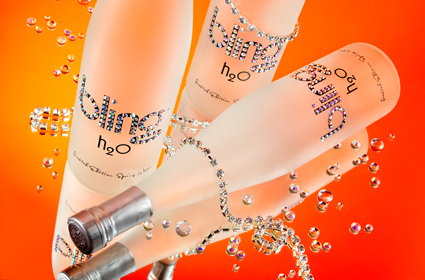 Water is the new wine for rich people. It doesn’t matter if they all taste the same. What…
byalvinology Your parents aren’t worrying unduly when they cautioned you against meeting strangers from online. As recent news shed…
byCarrie Er 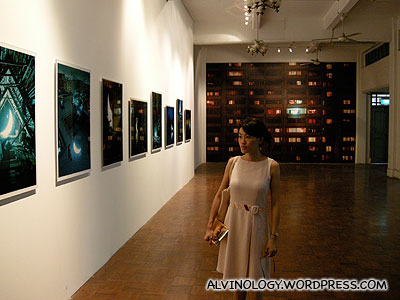 Private Moon (2003 – 2008) is described as a visual poem about a moon that has descended from…
byalvinology
Power up your child's learning with Geniebook.
Sign up for free demo
This is default text for notification bar
Learn more