Who is Oscar the cat?

Lianhe Wanbao 《联合晚报》 caught my eye yesterday as it published the most darling picture I have ever seen (Homer Simpson: “so far”) grace its front page. Oscar the psychic cat! Have you heard? Have you seen? 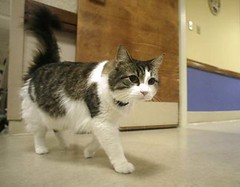 This picture of Oscar was taken from FOXNews.com

After hearing why people say Oscar is psychic, you’re most likely to not wanna meet him. Other than that Oscar lives a thousand miles away in a hospice on Rhode Island, USA (actually I don’t know exactly how far Rhode Island is from Singapore, so I’m just being figurative here k), this two-year-old shorthaired moggy can predict which patient will die within the next two to four hours! According to the Associated Press who interviewed Dr. David Dosa, a doctor working in Steere House Nursing and Rehabilitation Center, Oscar will curl up next to a patient who is about to pass away and will stay there until that person breathes his or her last!

He’s already successfully predicted 25 cases of death. At his 13th case, a nurse working there who had been observing him for a few months was thoroughly “convinced of his talent” when he beat a doctor at predicting the time of death of a dying patient. The patient had exhibited signs of impending death: not eating, breathing with difficulty and a bluish tinge at the legs – but Oscar turned tail from her bedside. The nurse thought Oscar’s winning streak had been broken, but it turned out that the doctor’s prediction was 10 hours early – Oscar indeed joined the patient just two hours before her last moment.

Interestingly, everybody I have met face to face (so far) expressed their horror and shuddered at this news, saying that it’s terrible to have a harbinger of death like Oscar the Cat prowling the premises of a hospice. I’m wondering if it’s because Lianhe Wanbao re-interpreted the story into their freaky Grim Reaper angle.

As a cat lover, Oscar is totally rad news to me. I’d love to meet Oscar. I mean, if time’s up, time’s up, right? (Ever tried to prise your exam paper from your invigilator’s hands before? I haven’t. Not for more than five minutes.) Anyways, furthermore, seeing as I won’t be able to bring my own cat to the hospital (and why can’t I if I am dying!?! but more on that later), it’d be nice to have Oscar to snuggle with when I go to the place over the rainbow.

The nurse also said that since Oscar is highly accurate, the hospice is able to call up family members of the dying patient so they can ask them to rush down and spend the remaining two hours with their loved one. That’s another plus why Oscar is good to have around. That is why he recently received a wall plaque publicly commending his “compassionate hospice care.”

On icanhascheezburger.com, a US-based website that – okay, I haven’t fully figured out its real purpose of existence other than provide a platform for cat lovers to speak silly cat lingo (again, more on that in a later post, perhaps) and amuse themselves with edited cat pix – many users expressed their fondness for Oscar, saying that he’s “an angel in disguise” or a “Bodhisattva kitteh”, and like me, they’d be pleased to cuddle up to Oscar in their darkest hour. You can click on the image to access its 228 responses. 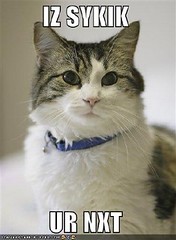 One of them also referred to another news story about a psychic cat.

Superstitions and scientfic speculations of Oscar’s uncanny behaviour aside, I’m fascinated by his story because we don’t have a similar animal-loving environment in Singapore. 🙁

In Japan, seeing-eye dogs are allowed to accompany their owners almost everywhere. In Germany, commuters can bring their dogs to commute in the subway, just as long as it has a ticket (half price of adult fare). In some Russian restaurants and Japanese cafes, customers can bring their cats. In Hogwarts Castle, the janitor’s (Filch’s) cat, Mrs Norris, patrols its vast corridors. And apparently in US, hospitals keep cats and they proudly roam its hallways, collared and cared for.

Why can’t we be more permissive here? Yeah, yeah, racial sensitivities. But aren’t we supposed to consider society as a whole? What about the animal-appreciating community?

So if I have the luxury of owning a pet and need to bring it to the vet or someplace else, fine, I’m not allowed on public transportation vehicles like the MRT and bus – I need to pay more and take cab or drive. But what if I am blind and can get around better with my seeing-eye labrador? You think most of us are kind enough to stop and help (without being asked) a blind person to cross the road and whatnot? I need my labby to maul any potential molesters or pickpockets, okay.

And if I know I am going to die and choose to be warded in a hospice, I can’t bring my cat along, I’ll bet. Dammit, we can’t even legally keep felines in HDB flats. It’s time we stopped treating domestic pets as if they were a complete nuisance and start appreciating them as domestic helpers.

Oh by the way, AntiAlvin here. 🙂

Who is Elle Darby? Alvinology looks at the spurned influencer who asked for a freebie from White Moose Cafe and Charleville Lodge

Singaporeans are no strangers to bloggers behaving badly, and Elle Darby could easily fit into the Singaporean blogging…
byDanielle Ann In case you missed it, Singapore’s favourite Navy Girl, ME1 Clarie Teo, recently had her Instagram hacked on…
byDanielle Ann 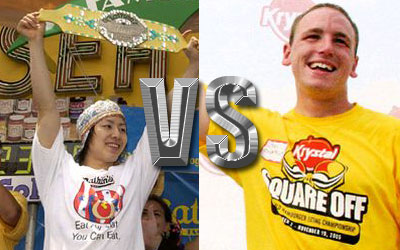 As part of the Singapore Food Festival, the two most famous competitive eating athletes in the world, Joey…
byalvinology 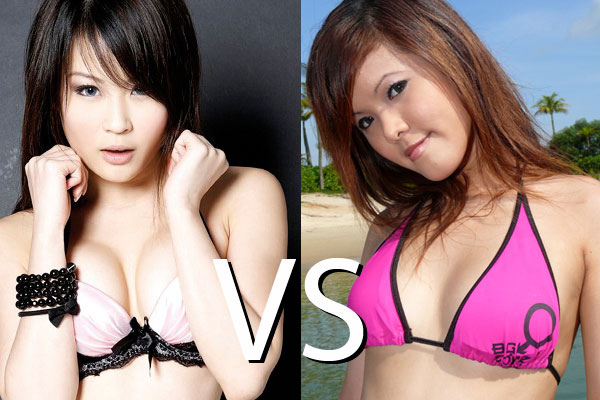