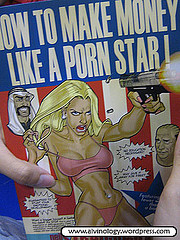 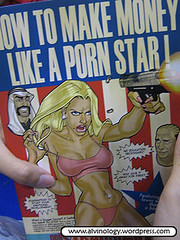 If you saw News 5 at 9.30pm this evening (Wednesday, June 6, 2007) or the news on Channel 8, you’d have heard about the exposé: a graphic novel with overt sexual content was sold, unlabelled and not shrink-wrapped, at the recent book fair.

The informant, Rachel Chan, is my friend!

She had told me about her little discovery earlier and said she was going to email STOMP and Channel NewsAsia about it, but we both never expected this news lead to make it to the headlines. It was first in line to be telecast, meaning that it was even more important than news of the campaign to raise awareness about pneumococcal disease, suspension of eggs from Selangor and Abdullah Badawi’s remarriage leh!

If I might add my two cents’ worth, I have a feeling that this is just the beginning of a media hullabaloo, like the time they talked about whether cyclists should cycle on the road or pavement (thought that one would never blow over) and whether Singaporeans are truly happy.

My mum was watching the 6.30pm news telecast on Channel 8 and she said this exposé thingy was scheduled right at the end man. The newscaster didn’t say that it was a banned publication then. I think. But I was shocked when it moved right up to headline status for the late evening news! I’m guessing it’s because the Media Development Authority verified that it was a banned publication much later in the day.

Now how? I’m proud of my friend’s courage la, but what if MDA starts making more stringent checks on comic book imports just to appease the public? Damn leh. You know Singapore gahmen one lorh. Sian. You all remember what happened to Mr Brown right.

So, I called Rachel and asked her whether she knew that she could potentially be the Public Enemy No.1 of the local comics community. Apparently, the poor girl had no idea. 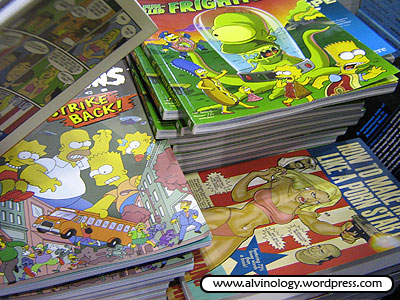 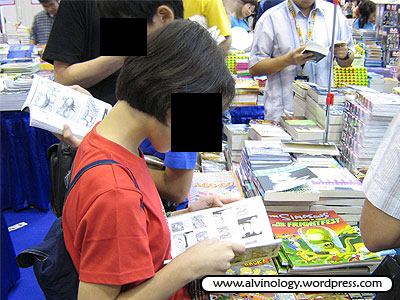 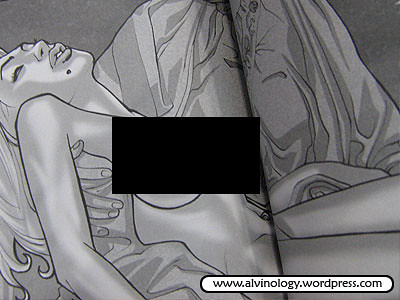 The most disturbing page she read went something like this: “I just turned 13 and boys started to get really interested in me when I developed breasts and pubic hair… That was when the girls gave me dirty looks and avoiding me. Who knew that people could hold prejudice against you when you can give blow jobs for a quarter?” (Disclaimer: She reproduced the above text from memory; there may be disrepancies.)

To her chagrin, two kids were already deeply engrossed reading the comic. They looked like siblings to her and the elder brother couldn’t have been older than 14 and the younger sister 11.

Rachel is not a conservative, tight-assed prude but she felt provoked to blow the whistle on this one because this book was sold in the freaking CHILDREN’S SECTION of a book fair that was visited by tens of thousands of people. 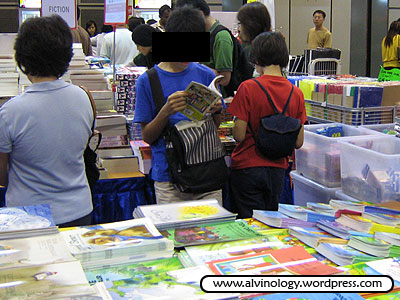 So, when she emailed STOMP and CNA, it was simply to highlight the need for screening of book titles at book fairs. The issue she had wanted to bring up is DON’T SELL SEXUALLY EXPLICIT CONTENT TO CHILDREN, not simply DON’T SELL. Who was the idiot who decided, hey, let’s place that book next to The Simpsons at the book fair! Idiot.

Then when her news lead got picked up by CNA Chinese News Desk she was so happy that she even smsed me to tell me. By the time she emailed the media, the book fair was over, and the reporter who was assigned the story did a thorough investigation of the book’s distribution. She found it at Kinokuniya (shrink-wrapped and labelled) and Times the Bookshop (again, unwrapped and unlabelled). The reporter also Googled Neil Strauss and Bernard Chang and found out that Strauss had written a biography for a porn star before and that he’s a self-proclaimed seduction/pick-up artist. And she wrote to Times Publishing Group. And of course MDA. And one thing has led to another and Rachel has realised she was being a stupid smart aleck. (Sorry Rachel.)

Sigh. So now MDA says this comic had been banned for a whole month and whether shrink-wrapped or no, it has to be pulled off all the shelves. Ya guys, means you can’t find it anymore. (Just in case you’re wondering, my friend didn’t buy a copy – she didn’t have $35.70 and come on lorh, are you willing to pay that kind of money for black-and-white kiddy drawings?)

Now I keep my fingers crossed. I hope no over-anxious Singaporean parent fans this into a furore. Singapore has come a long way, inching little steps before we got Crazy Horse (now no more la, I know, but at least we had a few precious moments together) and bartop dancing – please let’s not slide back. It’ll be another ten years to our next cabaret… 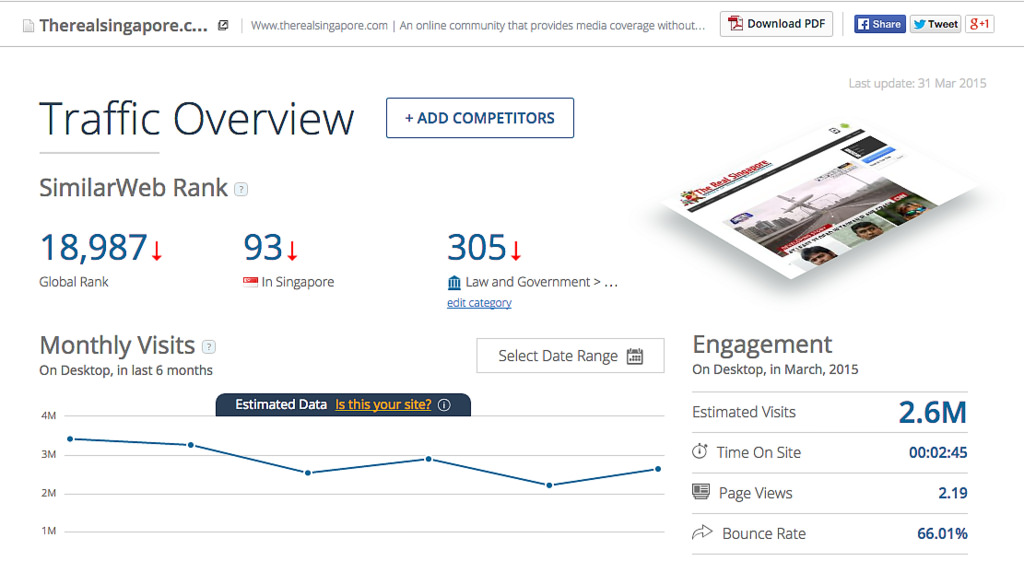 5 uses of SG50 logos that totally make no sense 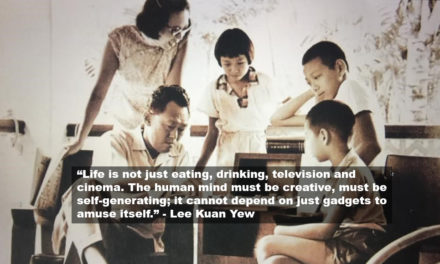