Get to enjoy a battle between Premier League (PL) giants Liverpool and Crystal Palace for the inaugural Standard Chartered Singapore Trophy 2022 on 15 July.

Standard Chartered is the event’s Title Sponsor and CARRO, Southeast Asia’s largest online auto marketplace, was also announced as the Official Sponsor of the event.

In addition to the match, Liverpool FC will also stage an Open Training Session at the National Stadium on Thursday 14 July.

The Reds last visited Singapore for an open training session in 2011 and the club from Merseyside is flying high this season. The club has won 19 League titles and currently sits in second place in the PL with 79 points, one point behind leader Manchester City FC. In the UEFA Champions League, the club has also progressed to the semi-finals and will face Villareal in the semi-finals on April 28. Liverpool FC has also booked a spot in the FA Cup finals where they will meet Chelsea FC at Wembley for the title clash on May 14.

Patrick Vieira led Crystal Palace FC to the FA Cup semi-finals for the first time since 2016 this season. While the Eagles have played in Asia before, the Standard Chartered Singapore Trophy 2022 will mark their first time in Singapore. Crystal Palace FC last faced Liverpool FC in Asia five years ago, where they were defeated 2-0 in Hong Kong during a pre-season match in 2017.

Tickets for the Standard Chartered Singapore Trophy 2022 start from $149. Tickets priced at $39 will also be made available for the open training session.

All tickets will be available here starting 17 May 2022. If you are keen to get your hands on the tickets, you can register your interest on the waitlist. Get FREE $5 from Fatburger, UNLIMITED $2 and $10 OFF Islandwide Delivery – here’s how 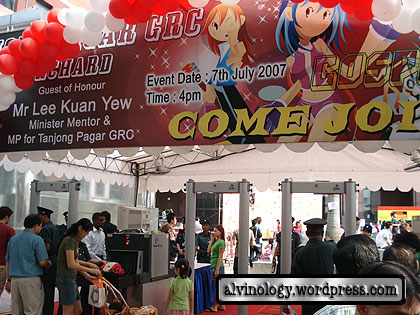 Yesterday, I went down to Ngee Ann City to catch the World Cosplay Summit Semi-finals together with Leon…
byalvinology 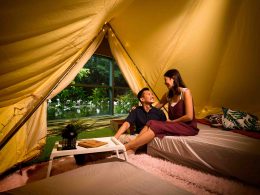 Mandai Wildlife Group has prepared a fun and glamping experience with animals this 2022 and you shouldn’t miss…
byIrone Kim
Power up your child's learning with Geniebook.
Sign up for free demo
This is default text for notification bar
Learn more