As the first exhibition that examines the impact of war memory on subsequent generations of Singaporeans up to the present, Dislocations will bring together different personal accounts and examines how the war continues to leave a lasting impact on our nation’s consciousness.

Exploring diverse perspectives of the war

Dislocations will go beyond the usual World War Two narratives to showcase an extended timeline of the war to provide a deeper understanding of the people’s experiences in wartime Singapore.

The full narrative is presented in seven exhibition zones that feature historical artefacts together with video projections, immersive experiences, and digital touchpoints. The narrative covers events in the lead-up to the war including defence preparations, the subsequent battle, the Fall of Singapore, and its aftermath.

The exhibition will also shed light on previously unexplored topics such as the evacuation of civilians the week before the surrender, defensive preparations by locals, and war memories depicted through commemorative materials, documents, sketches, and paintings, which attempts to juxtapose and draw connections between the diverse experiences of the war.

For the first time, the exhibition will also feature the largest display of over 200 personal artefacts from the Sook Ching burial site at Jalan Puay Poon.

Dislocations will explore these diverse perspectives and stories which, although disconnected from one another, can be taken collectively to add further dimension to our understanding of how the war was experienced in Singapore. Some of these accounts are presented in the exhibition through personal objects such as a typewriter belonging to Geoffrey Tan, who was 15 years old at the time of the war.

Also, on display, is a scrapbook that features portrait photographs taken by Peter Chong, who documented people he encountered in his daily life during the Japanese Occupation in Singapore. These included Japanese officers and nurses, as well as some locals. Both Tan’s and Chong’s recorded accounts are rare and unique as there were limited written accounts by locals documenting their wartime experiences.

Visitors can also view a collection of Japanese memorabilia stamps that commemorated the Fall of Singapore by depicting how Singapore was invaded. These stamps were available for collection in most Japanese post offices during that period.

Dislocations also utilises interactive methods such as gamification and augmented reality to present different aspects of the war. The exhibition experience begins before one steps into the museum, through an immersive pre-exhibition game, Sunset in Singapore, that allows visitors to encounter the war through the lens of various groups of people in Singapore at that time, such as an Allied soldier, nurse, or civilian.

Sunset in Singapore offers players a glimpse of the various ways in which the war was experienced. The public can play Sunset in Singapore before visiting the museum. The second section of the exhibition also features a tactical game that allows visitors to understand the strategic decisions that were made in relation to the defence of Singapore.

The third section of the exhibition, The Battle of Singapore, features a selection of objects salvaged from the wreck of the Empress of Asia (EOA), a former passenger cruise liner requisitioned by the British Admiralty in January 1941.

Visitors will have the opportunity to interact with an Augmented Reality (AR) experience that will allow them to use their phones to view what eight of the salvaged objects may have looked like in their original state. More details about the objects may also be found in the information cards within the AR application.

Another interactive highlight of the exhibition is featured in the fourth section, The Surrender. Visitors can view accounts of the surrender in the form of diary entries, memoirs, and oral history interviews through fragments of the surrender table. These fragments were modelled after the original teak table in the boardroom of the Former Ford Factory in Singapore, on which General Percival signed the surrender document on 15 February 1942.

The concluding section of Dislocations invites visitors to reflect upon their family’s own retelling of the war, facilitating intergenerational dialogue about its significance, while allowing the National Museum to engage in a conversation with families on this historic event that remains relevant even after decades have passed. Visitors are further asked to visualise what they would like to see in a future exhibition commemorating the 100th anniversary of the Fall of Singapore in 2042.

Students were also invited to be part of the National Museum’s Student Archivist Project, bringing together seniors who shared accounts of the Fall of Singapore and 147 students from 11 secondary schools. The students recorded the seniors’ accounts of how the war and the events that followed affected subsequent generations born during or after the war. Three of the accounts were shortlisted and will be featured in the exhibition.

For the first time, visitors will hear personal anecdotes from seniors who lived through the war as children, as well as their memories of the war as told through the passing down of experiences and stories of their parents and older family members.

On the National Museum’s Front Lawn is a decommissioned and surviving example of the AMX-13 SM1 tank. The French-made AMX-13 tanks led the mobile column and had a lasting impression on the spectators and public. This display serves as a reminder of how everyone has a part to play to ensure Singapore’s security.

In conjunction with Dislocations, the National Museum is also launching a series of public programmes aimed at engaging the public that will allow visitors to feel a personal and emotional connection with Singapore’s history and the museum.

These programmes include talks and tours exploring different aspects of World War Two in Singapore. There will also be storytelling programmes held for families during the March school holidays, encouraging families to learn more about the Fall of Singapore.

In February 2022, the public can also look forward to the launch of Battle for Singapore 2022, a series of public programmes across Dislocations, Changi Chapel and Museum (CCM) as well as Reflections at Bukit Chandu (RBC) that will provide a more holistic understanding of the World War Two experience in Singapore.

These programmes, which include special tours and storytelling sessions, will provide different perspectives of viewing the exhibitions, as well as invite visitors to explore the surrounding areas of World War Two sites in Changi and Bukit Chandu.

Visitors can also hop onto a complimentary shuttle service that will take them to CCM and RBC from the second half of February till May 2022.

These joint programming will allow visitors to have a better understanding of the interlinked narratives that piece together the story of World War Two in Singapore. More details on the shuttle service will be shared on the National Museum’s website and social media pages.

Visitors are encouraged to pre-book their museum admission tickets ahead of their visit. Are you an instagram addict? Do you know there’s a company that prints your phone or Instagram photos…
byalvinology

In September 2016, Covered.Asia wrote a piece about the first custom Lamborghini Huracán Spyder to cruise on Singapore roads.…
byStaff Writer 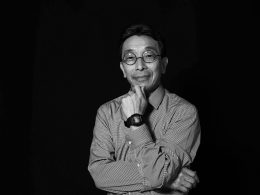 Fans of G-Shock may be familiar with the story of how the G-Shock came to be. Conceptualized in…
byZenn