The  Internal Security Department (ISD) on Tuesday, June 15, detained Singaporean national Dickson Yeo for being a paid intelligence agent for the Chinese government. He was said to be incarcerated for two years under the charges that he was considered a threat to Singapore.

Following his prison term of fourteen months and deportation from the United States, he was arrested on December 30 last year. He was then issued an order for detention starting January 29 this year.

“ISD’s investigations established that Yeo had worked for the intelligence apparatus of a foreign state and had carried out various taskings given to him by his foreign handlers in exchange for monetary gains,” said the ISD, and added in a The Straits Times report that, “Yeo admitted to being fully aware that his foreign handlers were working for the intelligence apparatus of the foreign state.”

Did Dickson Yeo try to spy on Singapore too?

Before he started spying for China, a representative from the US intelligence Barry Desker said that Yeo attempted to get a position in Singaporean government. The positions he applied for would allegedly put him within government agencies dealing with “classified issues.”

He was unable to secure a position, and so resorted to what would become his modus operandi in the US.

He then set up a fake consulting company in Singapore as a front for his activities, and offered cold, hard cash to contacts who would write reports for him. He would then pass these reports on to his Chinese handlers, who masked their activities as a Chinese ‘think-tank’.

What did Dickson Yeo do?

A previous report by Alvinology said that his education in the Lee Kwan Yew School of Public Policy was the foundation of his career in the worldwide intelligence community.

The report said that even his PhD advisor Huang Jing was expelled from Singapore for being a spy, but that the country who benefitted from the spying was not disclosed.

Yeo was found to have known that the contacts he had were intelligence agents from a foreign power all along, said the ISD.

LinkedIn as the platform on choice for Jun Wei Yeo

Using professional profiles self-published by intelligence officers in the community, Yeo approached his targets online and offered them cash to write reports that he would then pass to his Chinese national contacts.

He used a fake consulting company to appear legitimate to his targets, who would write reports that included sensitive information. He had successfully leveraged workers in intelligence agencies that wanted to earn extra cash or were dissatisfied with their regular jobs.

The two-year detainment was said to be part of the process to uncover the extent of Yeo’s work in Singapore. 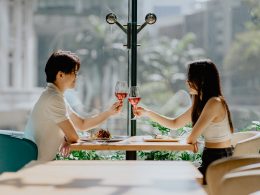 How many Pirates of the Caribbean films have been released to date? The Curse of the Black Pearl (2003)…
byalvinology 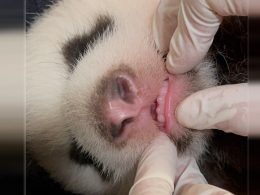