If you’re lucky enough, you can even get one for free–as a prize in some macabre online giveaway.

With the fee paid or win secured, you would then get a crate delivered to your home and an appropriate moment of surprise to see if fate had given you a pet you would love.

What is a pet mystery box?

The illegal operation involved buying pets online usually on platforms such as Taobao and Pinduoduo, and having the animals sent through express courier. For the considerably smaller fee compared to purchasing or adopting a pet from a shelter or brick-and-mortar shop, the customer would only know what they would get once the pet arrived.

Online volunteers uncovered the scheme, which involved a mass shipment of animals put in crates stacked on top of one another and placed inside trucks. Animal rights activists captured photo and video of the trucks used in the scheme, where customers would order a pet box online without knowing what animal they would get.

Chengdu Municipal Postal Administration in Sichuan province revealed this week that it had launched an investigation into courier operation Hehuachi Station of ZTO Express for sending live animals through the postal system.

The transport of live animals through courier was strictly prohibited in China.

What happened to the pet mystery box animals?

A report from MSN showed that volunteers from Chengdu Love Home Animal Rescuing Centre were able to find workers ‘packaging’ live animals into crates. 156 animals were found to be crated and ready for delivery.

Volunteers were also able to intercept other trucks that carried the puppies and kittens in the Chinese Jinniu district. Upon opening one truck, they were met with whines and screeches, and found that four of the animals had already died.

The pets were kept in crates covered in plastic, which caused them to starve and in some cases, suffocate.

Volunteers involved in the rescue efforts said that the workers handling the pets were not familiar with humane animal care. The puppies and kittens were allowed to defecate in the crates and stew in their own filth while awaiting transport. When animals were found to be deceased, the heartless workers would just dump the corpses on the side of the road.

While the practice has sparked worldwide condemnation,

“Animals are not prizes. They are not a ‘surprise’ to be won like stuffed toys in blind boxes, then tossed aside when they’re no longer interesting,” PETA Asia said in a statement to Newsweek.

ZTO Courier, the company handling the shipment of the pet boxes, have issued an apology and fired one senior official. Authorities were also launching an investigation into the business.

[PROMO] Gardens by the Bay Cloud Forest to reopen on 6 August – free admission for nurses and a special ticketing promotion for all!

With Nurses Day in Singapore falling on 1 August, Gardens by the Bay invited the NUH team to…
byIrone Kim In a report by TNP, a 26-year-old man named Darren Tan Yong Xing has been jailed for 12 weeks…
byStaff Writer 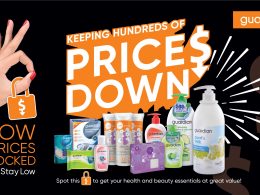 Guardian extends its Low Prices Locked To Stay Low initiative further till end 2022 – save up to 30% on essentials!