Grocery store giant NTUC FairPrice has pulled the bargain price Taiwanese pineapples from their shelves after complaints dating from the last week of March showed photos of a brown rotten core found in many of the fruit.

Customers had been posting photos of their pineapple purchases, which featured a discoloration of the center and the pulp radiating outward. Some photos just showed spots, but other images showed advanced signs of the rot.

What do the NTUC FairPrice bargain Taiwan pineapples look like?

Several netizens have posted what their purchased pineapples look like, with some photos taken as far back as March 23.

The photo above showed a brown color radiating from the pineapple core that could only be seen when the customer had actually sliced the fruit down its center. Removing the skin and eyes would not have shown any of the discoloration.

Here are more photos of the pineapples.

The company had responded to this customer’s photo, which they shared on NTUC FairPrice’s Facebook wall.

Their comment said, “Dear Jeremiah Hee, good morning to you. Our sincere apologies for the experience you have shared. We appreciate if you can private message us your contact number, email address along with your receipt so that our customer relations team can get in touch with you. Thank you.”

This customer mentioned that she found it difficult to prepare the pineapple for consumption only to find that the fruit was rotten on the inside. NTUC FairPrice did not answer her post.

Other photos also showed the bargain price of the pineapples. This post showed that the fruit was available as early as March 18, and was sold at $3.25.

On the same day, the Taiwan Trade Center in Singapore promoted the pineapples too, with an even lower price than the one mentioned above, at $2.95.

Their caption read, “From today, March 18, Taiwan’s pineapple is available in NTUC FairPrice islandwide with an unbeatable price at S$2.95 each.

“Taiwan’s pineapple is famous for the high natural sweetness, aromatic, delicate, and juicy texture. The core is relatively large but tender and edible and not tough-cutting.”

Lianhe Zaobao mentioned that the grocery chain has removed the pineapples from their shelves and working closely with the supplier to see what had gone wrong with the product.

Taiwanese celebrity Huang Weihan had featured the fruits on his Facebook account during a livestream, as his followers had also sent him photos of the pineapples they bought.

Local Facebook food groups were also inundated with photos of the discolored fruit, where members advised the customers to throw the fruit away.

On the topic of refunds, FairPrice’s page has this answer to questions on whether fresh items may be refunded. “If you are not satisfied with your item, please send us photos of the defect within 7 days of delivery via the web form. We will refund the value of the item back to your credit card or request that you return the item to the nearest store for a refund.” 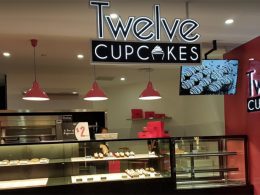 Defense lawyers for Twelve Cupcakes, a previously celebrity-owned pastry store chain said that the management only continued the…
byDanielle Ann