Looking for a mid-range smartphone? Check out Huawei Nova 7 SE

The spotlight is now on the HUAWEI Mate 40 Series, the latest flagship smartphone launched by the Chinese tech titan in late October 2020). What if you don’t need something top of the line, but just a regular smart phone?

Consider the HUAWEI Nova 7 SE, released a few months earlier in July 2020. It was retailing at $ 528 when newly released, but now you can get it at $488, a saving of about 8%. While not the fanciest piece of equipment out there, it is safe to say a mid-range smartphone can satisfy the needs of most users.

You might be happy to know that HUAWEI Nova 7 SE still retains the 3.5 mm audio jack which is now in danger of going extinct. Yay to still having the option to use trusty wired headphones if you so prefer.

The HUAWEI nova 7 SE comes in three shiny colors: Space Silver, Crush Green and Midsummer Purple. Created using a special manufacturing process, the unique finish on the back panel reflects light differently depending on the angle. It was entertaining titling the phone around and watching the lights dance.

The slim bezels allow the HUAWEI nova 7 SE to achieve a high screen-to-body ratio, which is complemented by the hidden front camera – located under a blind hole on the display. Its bezel-less design offers a full-screen experience that is great for watching videos and playing games.

The HUAWEI nova 7 SE is a 5G-capable smartphone with an octa-core Kirin 820 chipset, which Huawei says delivers overall performance improvement of 21 percent compared to the preceding chipset of its tier.

Due to the US trade ban, HUAWEI phones no longer uses Google’s apps and services but are powered using HUAWEI Mobile Services (HMS) instead. HMS, which is supported by the Android Open Source Project, ensures that HUAWEI phones are still as functional even without Google. Check out our guide on how to optimize your HUAWEI phone experience without Google.

HUAWEI nova 7 SE introduces the upgraded AppAssistant, which includes features such as Smart Brightness Lock that temporarily blocks auto-brightness when a game is launched, and Floating Window3, which lets users quickly respond to messages without exiting the game.

The HUAWEI nova 7 SE has a 64-megapixel main camera at the back that works alongside ultra-wide, macro and bokeh cameras to support a wide range of everyday photography scenarios. Let these pictures, taken using the main camera in different conditions: bright daylight, room interior, and nighttime, do the talking:

For more information about its specifications, refer to its official website. 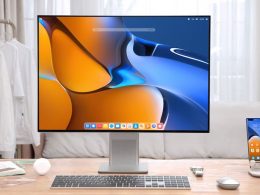 Huawei launches new standalone monitors MateView and Huawei 9.9 Super Sale for consumers to enjoy up to 65% off on selected products! 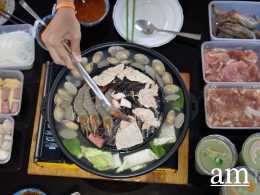 Mookata and beancurd delivered to your home Together? Now possible with new parternership between Siam Square Mookata and Rochor Beancurd House

For this festive period, why not try something different for your festive dinner by having a mookata meal…
byalvinology