Xiaxue dropped from Clicknetwork show for ‘Divisive’ delivering of opinions

In the latest series of social media call-outs and drama attributed to influencers’ political opinions, Singaporean social media queen Xiaxue has been dropped from hosting an upcoming show from Clicknetwork.

Netizens expressed their views on the matter, which is only one of the many brand and media affiliations that have battered Wendy Cheng these past weeks. Other brands have dropped her from their campaigns in light of alleged racist tweets she posted in 2010 and had come to light in the early part of July.

Previously, the Singaporean influencer was interviewed by the police about alleged racist tweets posted years ago when a report was lodged against her.

What did Clicknetwork say about Xiaxue?

According to a Facebook post, online media company Clicknetwork has spoken to Wendy Cheng, who is more popularly known as vlogger queen Xiaxue, and notified her that they would not continue to use her as a host for an upcoming show called “The Public Investigator.”

In their announcement, they said that they are explicitly against racism. bigotry, and hate, and that they did want opinions on such issues delivered in a ‘divisive’ manner.

Clicknetwork has always supported a diversity of opinions, voices, and open debate. While we appreciate the diversity of voices that all our hosts bring to the table, none of their personal views represent those of the channel.

We believe that there are many ways to shine a light on issues, and we do not support opinions delivered in a manner that is divisive. To be clear, we are against racism, bigotry, and hate.

Specifically, with regard to recent events, we have communicated this to Wendy. We had been working with her for an upcoming show, “The Public Investigator”, but will now be proceeding with a different host.

Moving forward, we will continue to review potential projects with all our hosts with these guidelines clearly communicated. We will ensure that the Clicknetwork community takes greater care in their words and actions, and encourage all to do the same.

The upcoming show was not the first collaboration Wendy had with the media outfit, since she also hosted a show previously called “Xiaxue’s Guide to Life.” The show has been on their YouTube channel since 2011.

Opinionated Singaporean netizens were quick to comment on the media outfit’s decision, with the statements leaning towards support and criticism of the move.

For those who supported the change in hosts, they mentioned that they would subscribe to the channel now that Xiaxue was off it, and thanked the network for taking a stand. Others mentioned that they did not watch the network’s shows specifically because of Wendy’s presence, and that her removal from the roster meant they would now subscribe to the channel.

But as for the critics of the move, they were vehement in condemning the way Clicknetwork ‘used’ Wendy, after having her and her opinion on their show for almost a decade. Some called out the network for ‘bowing’ to cancel culture and alleged virtue signalling when they did not bother to police any of Wendy’s opinions before this time.

What do you think about the network’s decision? Let us know in the comments! 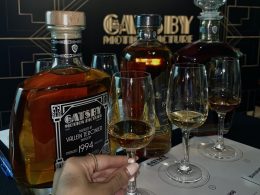 “Mandarin. It Gets Better With Use.” Short Video Clip Contest

Promote Mandarin Council, in partnership with omy.sg has launched a new initiative – “Mandarin. It Gets Better With…
byalvinology