Manila vs Covid-19: How containment measures have affected the lives of everyday Filipinos

Angeline Rodriguez is a freelance writer working from home in southern Metro Manila. This is her account of what happened in her city since Metro Manila was locked down starting from March 14.

The next time your call for technical support gets put through to a call centre in the Philippines, think about all the hoops the other person has had to jump through into order to get to work on time on that day.

The community quarantine of Metro Manila in the Philippines was announced on March 12, but it didn’t seem to be very well thought through with changes made willy-nilly every few hours.

What used to be a 30-minute commute from Calamba to Alabang stretched to several hours on the first working day of the quarantine on Monday, March 16, as vehicles were stopped for temperature checks at road checkpoints. Flocks of people living in the outlying provinces were left waiting on pavements as several public transportation services into Metro Manila had been halted.

Confusion after the quarantine was announced

After the lockdown announcement, the general public was left confused. Many questions were left unanswered. Some of the frequently asked questions were: How would people who live in the province but work in Manila travel into the city? Will people need to cancel all of their travel plans? Would people still be able to get basic supplies? Will deliveries be affected?

A community quarantine is already hard enough to implement in Metro Manila given how hard-headed our citizens have always been (evident from our ingrained habit of disregarding traffic rules); and the first two days were a baptism of fire.

On Friday, the government assured that there would be enough supplies and enough food to last the month of the quarantine. They asked the public to refrain from panic-buying and hoarding. And what did the public do? They panic-shopped and they hoarded. When my family went out on the first working day of the quarantine to buy supplies, not a single bottle of alcohol or roll of toilet paper was to be found in our vicinity. The grocery stores and the drug stores were packed to the gills in the morning, going against the whole point of avoiding “mass gatherings”.

When it was unexpectedly announced that domestic travel would be banned, hundreds of Filipinos rushed to terminals to leave the city.

The constant changes in the rules hasn’t helped. The day prior to the lockdown, the authorities announced that an 8pm to 5am curfew would be implemented, although no exact details were given. They later on clarified that it would differ from city to city and the curfew ordinance that would be issued.

Things didn’t go well on the first day of the lockdown on Sunday with different checkpoints established at entry and exit points of the city flogging different rules and confusing citizens even further. This led the government to set an enhanced community quarantine, which they implemented almost with immediate effect right around the time people were heading home from work. They established non emergency medical transportation service for those who needed to seek not life threatening medical attention.

Previously, when the lockdown was initially announced, the people of Metro Manila could still go about their business, and Grab and trains were still running. However, under enhanced community quarantine measures, no one could leave their homes, and all public transportation services were terminated.

With the announcement made on Monday evening and the new measures kicking in mere hours later at midnight, this especially affected those who were working during the night shift and those having to travel greater distances just to get home. Having not heard the announcement or having prepared for the rules of the announcement, some people were once again left stranded in crowds at checkpoints going in and out of the city.

Livelihoods have been thrown into disarray due to the quarantine, as well, with most establishments having been ordered to shut down for the time being. Waiters, drivers, nail technicians, and street food vendors, amongst other workers, are hard-hit by the quarantine, with one of them telling me that she doesn’t know how she will support herself during the crisis. Even actors have lost their means of income due to tapings being cancelled, while freelance photographers and models are also left hanging.

Unease is still spreading through the country, especially since a 13-year-old girl has been infected in the Philippines and a one-year-old baby is currently being monitored for possible Covid-19 infection. After being told that kids and infants are less susceptible to the virus, this is a blow to public confidence.

Testing is expensive in the Philippines

Healthcare services in Manila are also quite expensive so those who don’t have the means to pay for a Covid-19 test might not get tested for it at all. In one hospital, the test costs between 5,000 to 8,000 pesos (S$140 to S$223.50); while others have reported a cost of 2,700 to 3,500 (S$75 to S$98) – still a lot of money, especially for lower income households. Just imagine how many people with a fever, cough, and trouble breathing aren’t actually getting checked up because they can’t afford it.

It has been a few days since the enhanced community quarantine has been announced and some people are more confused than ever. Two people who needed a kidney dialysis found themselves walking to a hospital because all public transportation has now been suspended.

As if to mitigate any vagueness in the confusing rules, Cabinet Secretary Karlo Nograles told the population: “If you are confused or have questions, just stay home. When in doubt, stay home.”

People are panicking because of poor management and a lack of reassurance, said Mr Jayeel Cornelio, director of the Development Studies Program at Ateneo de Manila University.

Dr Jondi Flavier, son of the Former Health Secretary and Senator Johnny Flavier, called the enhanced community quarantine “cosmetic.” “The real message is to reduce person-to-person contact so the virus will not spread,” he says. “So with that assumption or recognition, the real behavior change we want to see is more people washing their hands more often…avoiding touching, and avoiding going to very crowded areas.”

So, is this lockdown really necessary? Will it be effective in the long run? Instead of copying Wuhan’s lockdown, Flavier thinks that it would be more effective for the Philippines to follow in South Korea and Taiwan’s footsteps, where schools were suspended, people voluntarily quarantined themselves, and messages for proper hygiene were promoted.

I am one of the few lucky people in the Philippines. I am healthy. I have worked from home for more than a decade. I am hardly affected by the virus, simply staying put in my bubble. But what about the other people who need to go out and make a living for their families? What about those who need medicine and need to travel distances to get what they need? What about those who don’t have the means to get a medical checkup despite needing it?

It is not all bad news, of course. As always, the resilience of the Philippines is shining through. Everyday, things may be getting harder; but everyday, people are trying their best to do their part to help.

Many good Samaritans have come forward to provide Filipinos with kits and face masks and other essentials. Some companies are coming forward to pay the salaries of those whose jobs have been put on hold. Some banks and utility companies have extended bill deadlines. The office of Vice President Leni Robredo now provides free shuttle services for health workers and other frontliners.

Along with the rest of the country, I pray and I hope that we will all get through this. Despite the pessimism and negativity of people, I believe we will one day be able to go out and do the little things we once took for granted again. And that we will come out stronger in the end. For us Singaporeans, there’s a certain prestige and local pride that comes with flying with Singapore Airlines. After…
byGuy 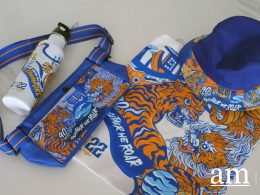 Do you know the Tiger beer brand is older than Singapore as an independent nation? Born in Singapore…
byalvinology
Power up your child's learning with Geniebook.
Sign up for free demo
This is default text for notification bar
Learn more