What did Master Yun do at the Khmer sacred dance?

According to a report from The Straits Times, Master Yun turned his back on dancers who were performing an important Khmer dance, said Prime Minister Hun Sen at an art festival on March 3.

Master Yun is the man behind the Lotus on Water feng shui gallery chain.

Photos of the alleged incident showed Master Yun standing in front of a number of dancers. He was performing a prayer ritual at the time, and the dancers were behind him. Turning your back on someone in Cambodia is considered extremely disrespectful.

The incident happened on February 9, during the Cambodia Royal Ballet company’s Chinese New Year celebrations at its gallery in Upper Thomson, Singapore. The report said that the dance was included, “As part of a five-hour extravaganza that featured Chinese opera singers, lion dancers and stilt walkers, a troupe from Cambodia performed a traditional Khmer dance, said Mr Kan. “

What did Prime Minister Hun Sen say about the ban?

The same report said that PM Sen felt that the photos were insulting to the Royal Family and the whole of Cambodia. He reiterated, though, that the quarrel was not with Singapore, but only with the specific person who disrespected the dance in the photos.

“This is so degrading to our culture,” said Mr Hun Sen on Tuesday. “I cannot accept how they have discredited our ancestral heritage, especially the Royal Ballet.”

“This Singaporean has disparaged the royal family,” the prime minister added. “What he did was a grave attack on the monarchy.”

Photos from the event showed that Master Yun was standing in the middle of the performance area while dancers continued to perform behind him. He was allegedly conducting a prayer ritual while the number was being performed behind him.

As a result of the photos coming to PM Sen’s attention, Master Yun has been banned from entering Cambodia. The feng shui master is supposed to publicly apologize to the Cambodian government and the king so the ban may be lifted.

The Straits Times also reported that Master Yun said he only conducted his prayer ritual for a small time within the dance number. The report said Master Yun thought the photos were taken out of context.

Master Yun allegedly paid for dancers to stay in hotel

According to the report, Master Yun said that he spent a large amount to bring the Cambodian Royal Ballet company to perform in Singapore, allegedly footing the expenses for the whole troupe to stay at Carlton Hotel.

He also said that his company, Lotus on the Water, has been supporting Cambodian art and culture in Singapore, where he has allegedly spent $500,000 of his own money promoting the country to Singaporean citizens.

Alleged attendees during the dance in Singapore on February 7 included a Cambodian Prince Sisowath Tesso, a cousin of King Norodom Sihamoni. 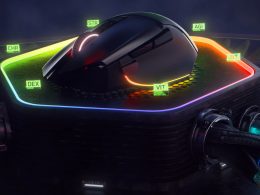