Do you still have your old toys? Before you donate them, give them away or throw them out, you might want to give them a second look because you might be able to make some money with them. Here are some toys from your childhood that could be worth a lot of money today.

Obviously, not all of your old Pokémon cards will be worth a lot today. However, there are some cards that are worth a lot, such as the first edition Charizard hologram card from 1999. This card is reportedly worth US$55,650 (S$77,135) since there are only 120 of them in existence, while this holographic misprint of Mewtwo is worth US$11,997 (S$16,615).

If you’re an 80’s or 90’s kid, you’ve probably played with Teenage Mutant Ninja Turtles action figures at the peak of their popularity. If you are one of the rare kids who decided not to remove them from their boxes, though, you should know that these action figures could be worth as much as US$5,000 (S$6,929) today.

If you were a fan of LEGO as a kid, you might have some sets lying around that could be worth a lot of money now. The Lego Technic Expert Builder Motorcycle from 1980, which is quite hard to find nowadays, can go for US$1,675 (S$2,321).

Transformers action figures may also go for a hefty price with a vintage Optimus Prime even going for as high as USD2,800 (S$3,880).

If you were (or still are) addicted to playing Magic: The Gathering, you probably already know by now that some MTG cards are worth a pricey sum. You probably also already predicted this from the time you started playing and have taken care of your cards since then. One of the most expensive cards at the moment is the Black Lotus alpha deck card, which can go for as high as US$400,000 (S$554,322).

Did you love Hot Wheels back in the day? I was one of those kids who didn’t remove the cars from their boxes; I just liked looking at them. If you’re the same, you should check out which cars you have. The 1995 Treasure Hunt ’67 Camaro, for example, currently goes for US$1,200 (S$1,663) online.

Although technically not a “toy”, most of us had a VHS collection of Disney movies back in the day. Well, the Beauty and the Beast Black Diamond VHS tape is surprisingly valuable at the moment going for US$200 (S$277).

Although Happy Meal toys from the 90’s may not cost a lot on their own, having a huge collection of it could get you several hundred dollars if you sell them in bulk online.

It literally pays to take care of your toys. Which of these playthings do you still have in your possession? 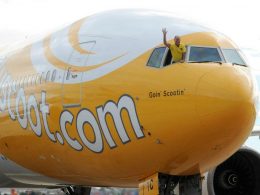 Book your flight for as low as SGD 55 with Scoot’s 10-year Anniversary Sale! Over 200,000 seats available today!

Scoot ten years of flights this June and, to kick off celebrations, launches its biggest-ever network sale. In…
byIrone Kim Unless you’ve been living under a cave, you’re most probably aware that our very own Singapore Botanic Gardens…
byIvan Lim

During my son’s school holiday in early April, my family and I flew to Ho Chi Minh City…
byalvinology