With fears over the spread of the novel coronavirus 2019-nCoV from Wuhan mounting, Singaporeans become ever more vigilant in hopes of preventing the disease, and the more outspoken citizens are quick to call out any behaviour that puts other citizens in danger.

Ministry of Health says you don’t need a mask.

According to a report by The Independent, text messages over WhatsApp allegedly from Changi airport officials to some of their security personnel specifically prohibit the latter from wearing face masks so as not to induce panic.

The text messages, which were shown on the reports, said that only employees who handle the temperature screening devices are allowed to wear face masks.

Other netizens have also posted on the airport’s FAcebook page, calling out the report and expressing solidarity and concern for security workers in the airport, whom they see as “frontline workers” alongside those who check the temperature of people arriving from China and other countries.

Take a look at the netizens saying that Changi Airport has to change their policy:

By far the most popular post detailing how some people working in the airport are not allowed to wear masks, this post also mentioned that the accusations were completely against what the top Singaporian official, Prime Minister Lee Hsien Loong, had said about protecting themselves.

The post above accuses the airport of not allowing their auxillary police officers to wear masks.

The post above said that several agencies, namely the Aetos, Cisco, and SATS police, sent messages that directed their staff to not wear face masks.

According to the comments on the posts, though, the airport authorities denied any directives that prevented any employee from wearing masks.

The airport also asked the people posting about the matter to clarify the accusations and to check with the specific agencies.

Government to give four face masks to each household

Despite the health advisory that wearing masks is only recommended for sick people, people who suspect they are ill, or people recently recovering from an illness, health workers have been tasked to distribute four face masks per household through community centres.

To claim the masks, citizens have to bring their NRIC.

A pack of four masks sealed in a bag will be made available progressively at 89 Community Centres (CCs) and 654 Residents’ Committee (RC) centres.

Collection will start on Feb 1 and is expected to be completed by Feb 9.

Here’s all that we know about the disease.

PM Lee has also mentioned that 5 million masks had become available to the public through retail outlets, but the demand had overcome the supply, which was what lead to the distribution of masks.

Cases rise in Singapore and all over the world

As Singapore then saw it’s 11th, 12th, and 13th case of the Wuhan coronavirus, the Philippines also reported its first case, but only after test results came back from Australia. The Chinese woman had been in the Philippines since January 25th.

The USA had also reported its first case of 2019-nCoV in a man who had not traveled to Wuhan. The report said that he contracted the disease from his wife, who did travel to the disease epicentre. 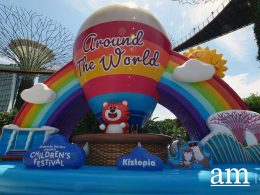 Jump, Bounce and Have Fun All Around Singapore and Malaysia with Kiztopia this June and July

This June and July, one of Singapore’s leading edutainment playgrounds, Kiztopia, has a line-up of various exciting pop-up events…
byalvinology 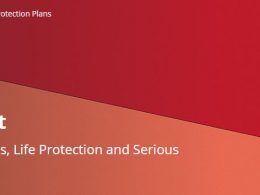 After a long hiatus, Domino’s Pizza is back again in Singapore. I have made two delivery orders with…
byalvinology 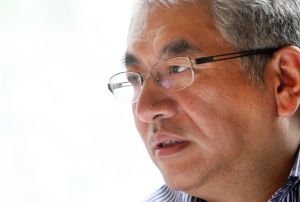 Listed below are the three heavy-weight, bilingual judges for the Singapore Blog Awards organised by omy. Each of…
byalvinology