Cantopop legend George Lam will be bringing his solo concert to Singapore, performing at Resorts World Sentosa on Saturday, on 28 March 2020. Fans can look forward to a night of exciting performances and bring back fond memories in “The Smiling Concert”, as Lam belts out evergreen tracks familiar to all, he’ll be performing in town for three nights.

Through “The Smiling Concert”, Lam hopes to bring across a reflection of his innermost thoughts and feelings, which has enabled him to remain positive throughout the multitude of experiences he has had. Many are familiar with him playing lead roles in Hong Kong dramas, and a line commonly found in Hong Kong dramas, “In life, it is important for us to be happy”.

Over 4 Decades of Classics and Hit Songs

The talented singer, songwriter, music producer and actor has had a successful career spanning over 4 decades.

Known for his wide vocal range, Lam is truly a vocal powerhouse, who has won multiple accolades, not just for his singing and songwriting ability, but also for his influence and contribution to the music industry.

His recent performance in Genting on 29th September 2019 brought the audience down memory lane, as he crooned romantic ballads, interacted with fans, and showcased his vocal abilities. From his energetic and sprightly performance on stage, one can hardly guess that he is going on 73 years of age.

A Night to Remember

So, mark your calendars for March 28th 2020, as “The Smiling Concert” will be coming to Resorts World Sentosa Convention Centre.

Tickets will go on sale at SISTIC on 7 January 2020, so don’t miss this opportunity to grab your tickets to see the legendary George Lam perform live! Ticket prices start from $68.

This event is organized by AC Orange and CK Star Entertainment. 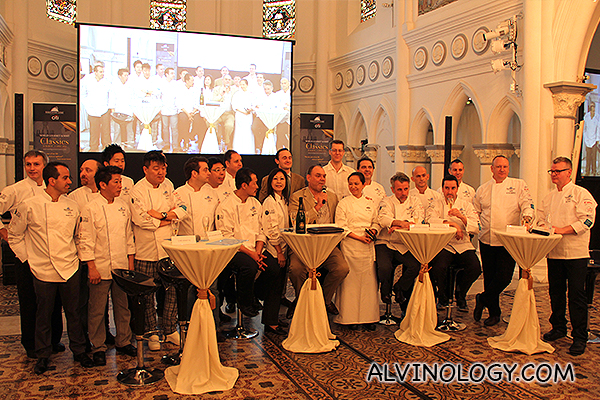 Earlier on Tuesday, the 18th World Gourmet Summit (WGS) officially opened in Singapore with a tantalising cast of Michelin-starred…
byalvinology