Book Vietjet flights from 8 November onward and win a “1kg Golden Aircraft” worth more than USD43,000

Welcoming the 100 millionth passenger, Vietjet announces its biggest ever campaign named “Fly around Asia and hunt for the 1kg golden aircraft”, offering millions of super-promotional air tickets priced from just USD0 every day and a jackpot of 1kg golden aircraft.

The “Fly around Asia and hunt for the 1kg golden aircraft” campaign is for all who buy tickets from 8 November 2019 to 16 January 2020. Register here to get free draws. The more tickets you buy, the more prizes you receive:

Vietjet will offer a series of promotion with millions of cost-saving tickets to enjoy flying all over Asia. The first promotion will be available from 5 – 7 November 2019 with more than 2 million super-saving tickets priced from just USD0 (excluding taxes, fees) up for grabs during the golden hours 12:00–14:00 (GMT+7).

The promotion’s flight period is from December 7, 2019 to June 30, 2020 (excluding public holidays) applied to all Vietjet’s domestic routes within Vietnam and all of its international routes between Vietnam and Japan, South Korea, Taiwan, Hong Kong, India, Indonesia, Thailand, Singapore, Malaysia, Myanmar, Cambodia, etc. and all routes operated by Thai Vietjet.

The promotional tickets for all flights between Vietnam and Japan can be snapped at any times during the 3 golden days.

Hurry up and hunts for super-saving tickets to celebrate jubilant festivals across Asia. The promotional tickets are available via all channels such as its website, “Vietjet Air” mobile app, Facebook (just click the “Booking” tab).

Payment can be easily made with Visa/ MasterCard/ AMEX/ JCB/ KCP/UnionPay cards. The beaches of Phuket have long been a favourite of travellers around the world. This can be attested…
byAsia 361 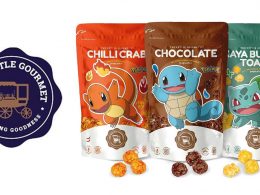