Starbucks Singapore has labelled 2019 its “Year of Innovation”, kicking off with the launch of its flagship store at Jewel Changi Airport, which offers inventive and unique options to customers such as the four-tap Nitro – only the second one of its kind in Asia – and local touches to its menu that are exclusive to this store.

This year, Starbucks also locally launches the Mobile Order & Pay (MO&P), a new feature of the popular Starbucks Singapore mobile application, at 32 participating stores including outlets in the Central Business District (CBD), Suntec City and Marina Bay Sands – a concerted effort to further connect with its local customers through different touchpoints and innovations.

With plans to roll out the feature across Starbucks Singapore outlets island-wide by March 2020, this new service allows customers to order their favourite drink, beat the queue and pick up their order at the store with ease. Just as in the store, customers can customize their order as they usually would – with the option to choose the number of espresso shots and make dairy selections.

With Mobile Order & Pay, customers can collect Stars as well as earn and redeem rewards such as free drinks or food with the Starbucks Rewards loyalty program, just as they would if they placed their order in the store.

The Mobile Order & Pay feature will be accessible by downloading the Starbucks Singapore mobile app or updating the app for existing members who have downloaded it, available now on the Apple App Store or Google Play. 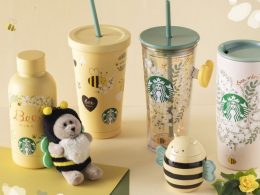