A video showing a group of male freshman students from Nanyang Technological University (NTU) chanting the word “cuckoo bird” very loudly during an orientation has gone viral, but Singaporean netizens are either ambivalent or amused by the video. What concerns the rest of the public, though, is that the men and women were gesturing to their crotch area while chanting.

Colleges and universities all have their own special rituals for incoming freshmen, and for Singapore’s first university, it’s the super-cringey cheer fight. Incoming students are put in teams and then are asked to one-up each other in thinking of words to shout during a cheer fight, the funnier and more vulgar is usually better.

This has been going on for years, says some students online, who are ambivalent to the viral video. Perhaps the experience of mutual embarrassment strengthens the ties between students, but being seen by all of Singapore in a viral video as you shamed yourself in the name of school spirit serves some other purpose.

Here is the video in question.

As you can see, the men in the video were seen shouting obscene words while gesturing to a certain part of their body. While their faces and what they were saying wasn’t too apparent in the video, you can surmise that it wasn’t anything decent at all.

What the university is saying about the viral video

NTU had launched an investigation into the matter. According to a report from The Straits Times, the university representative Professor Victor Yeo said, “Looking at the video, the cheer is not in line with the standards set at NTU, as it runs contrary to the values of safety, respect and inclusiveness which are emphasised in the university’s Transition and Orientation Programme,” said Professor Yeo. “Any student found to be responsible for allowing, condoning, arranging or participating in such cheers will be counselled and also face disciplinary action,” he added.

The university also said that any student who found themselves distressed or affected by the video shall receive support from the university. This is in line with their efforts to reduce the incidence of inappropriate orientation games (which clearly included events in the viral video).

How did the video come about?

According to an online report, a person who participated in the event alleged that the cheer fight happened on August 8, in a lecture theatre. During the cheer fight, the team in the video had run out of cheers to put out. “It was during a cheer fight when they were running out of cheers.” the student said.

Everyone in the event allegedly dismissed the incident, saying, “Everyone kind of laughed it off because it was part of the cheer fight and nobody really said anything.”

The people who took the video, uploaded it, and those who were present didn’t realize that the incident would blow up on social media.

The same report, however, said that this was not an isolated case. In a different part of campus, there was allegedly an incident where the Chinese word for a woman’s private body part was used in another cheer fight.

Did you participate in such a thing in college? Let us know in the comments! You may not know this but the median price for all residential properties in Singapore now stands at S$1,032,500.…
byCarrie Er 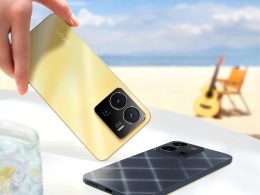 vivo launches the new Y35 smartphone, the latest in the brand’s fun-filled and lively Y series. The Y35…
byIrone Kim A blast from the past, only at Singapore’s finest: Town Restaurant, The Fullerton Hotel Singapore (Limited Time Only!)

This article was written by Vanessa Koh of Asia361. Once home to the General post Office, The Singapore…
byAsia 361

If you have missed the news, Singapore television actress, Rebecca Lim, 29, was recently slammed by Singaporeans for…
byalvinology
Power up your child's learning with Geniebook.
Sign up for free demo
This is default text for notification bar
Learn more