For families who have not planned out their upcoming National Day long weekend, 9 to 12 August, yet, this is the perfect time for a short getaway to enjoy summer in Hong Kong and a fun-filled day beating the heat at the Waterfront Plaza at Ocean Park Hong Kong, which will transform into an exhilarating water battle zone from 13 July to 1 September 2019. Both kids and adults alike can face off against each other in classic scenes from One Piece, join the Straw Hat crew on their summer adventure, go on a gourmet voyage and take home memorabilia infused with One Piece snippets.

Don’t miss out on One Piece reunion at Ocean Park

Luffy and the Straw Hat crew members are heading to the Park to celebrate the 20th anniversary of One Piece. Adding to the excitement, fans can relive their epic adventures in seven encounters and photo spots at the Ocean Park Summer Water Battle presented by SKECHERS. Highlights include the Thousand.Sunny Ship by the Park’s lagoon, the wanted posters, a super-size fountain in the shape of Luffy’s signature straw hat, and more. 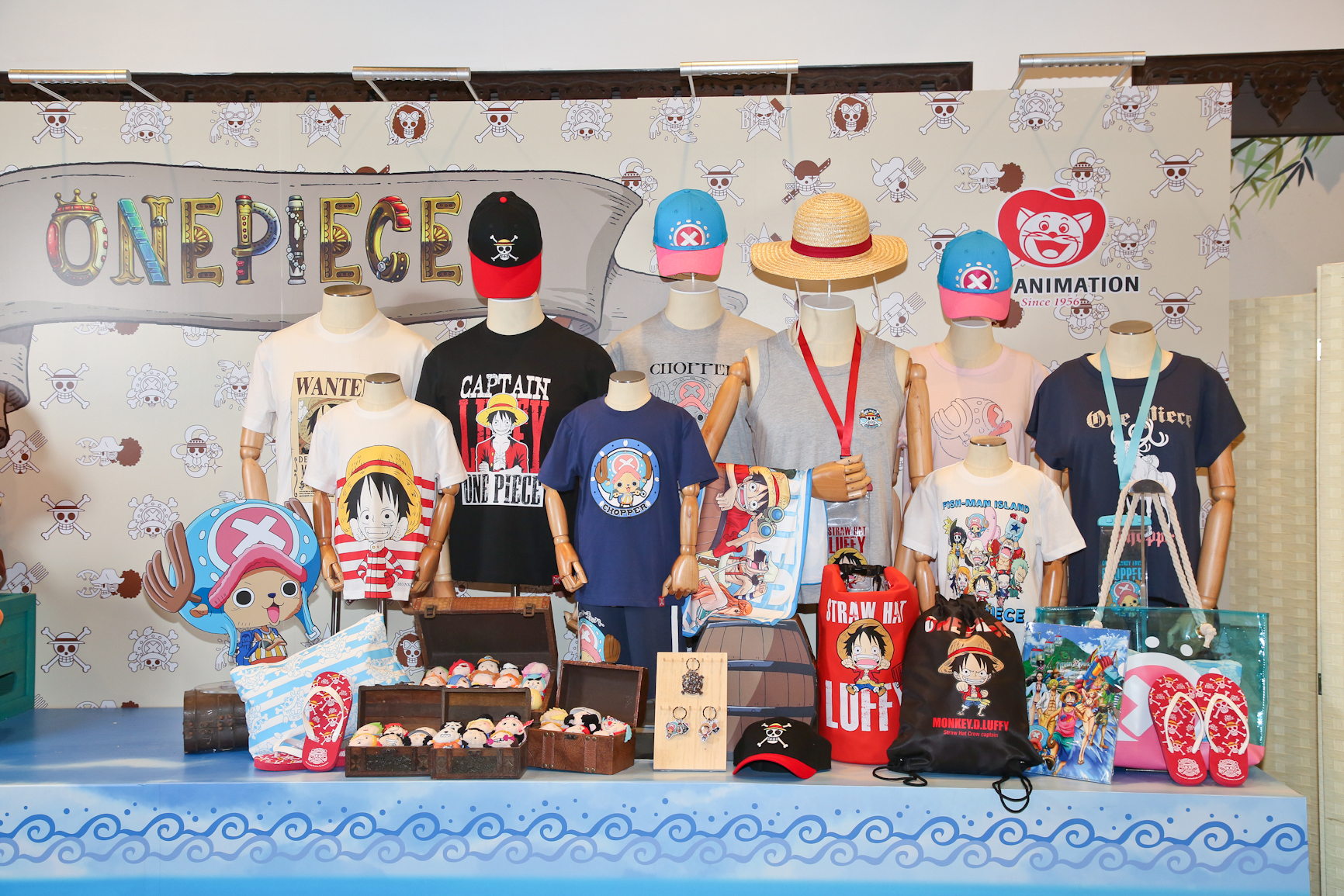 Even better, guests can grab their water guns and join Luffy’s crew to fight against the Marines in a throwback to the Battle of Marineford, harnessing the incredible power of their friendships to dodge all kinds of water cannons and traps.

At Whiskers Harbour, kids will be amused by various One Piece-themed water attractions including a foam party zone, straw hat water-mist arches, super water curtains and fountains as they battle against other kids and take lots of pirate-inspired photos with family and friends.

The Straw Hat crew’s dream is also about staying fueled – be the first to savour the limited-edition One Piece Summer Adventure Feast at The Terrace Café while it is available. The “Soul King” Brook appetizer features a crispy deep-fried shrimp cake with Brook’s face on top and greens arranged in the shapes of music notes, which is already a nod to the protagonists. This will be followed by the creamy seafood chowder Departure from “Grand Line” to mark the beginning of a delightful sea voyage. 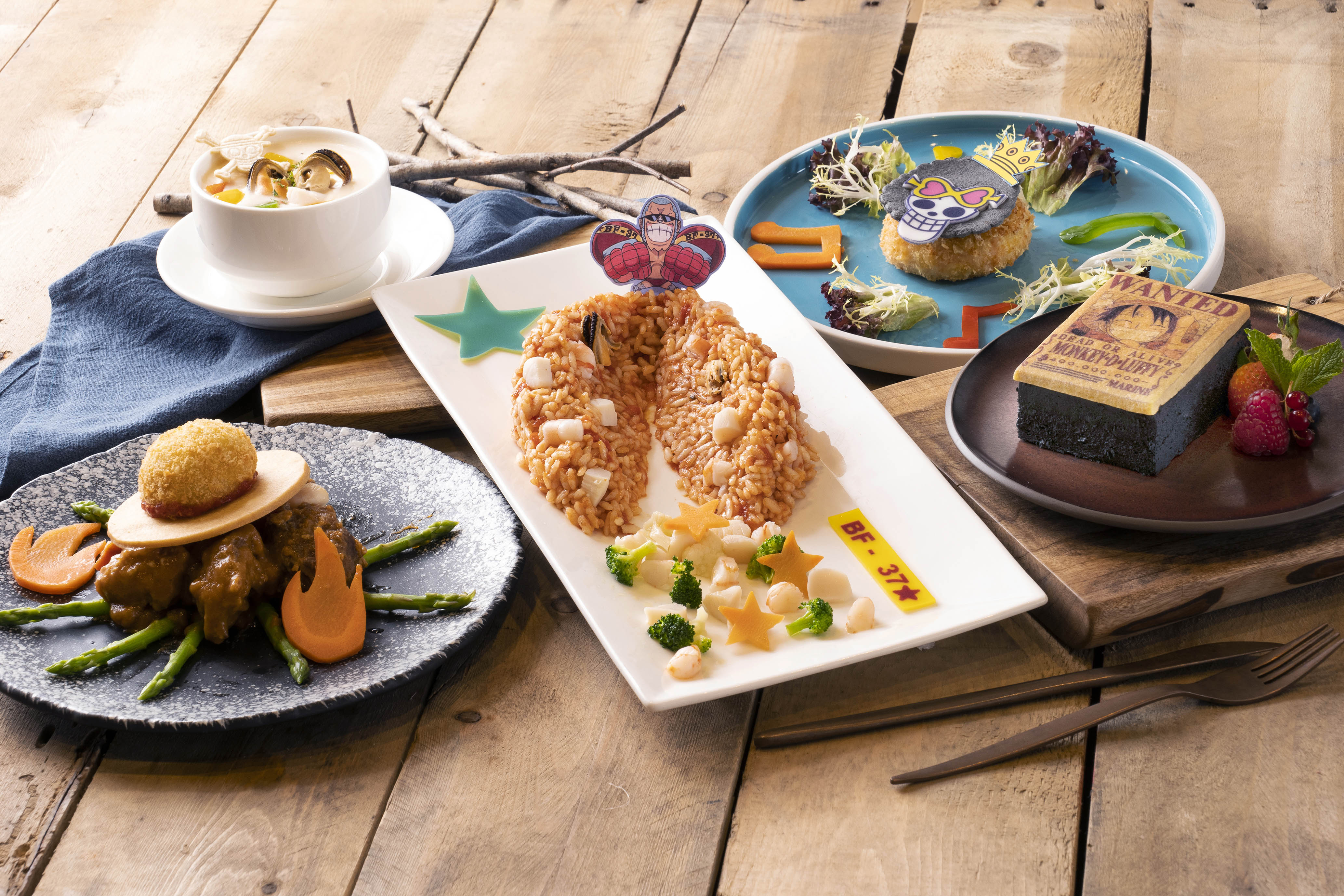 For the main course, fans can choose between Powerful Franky and Supernovas Luffy. Franky’s strong punches have left a deep trench in the tomato seafood risotto, while Luffy’s signature straw hat has morphed into a potato croquette atop tender and juicy wagyu beef cheeks braised in red wine.

The Wanted Luffy dessert is made up of a charcoal chocolate mousse cake served with a butter cookie with Luffy’s wanted poster imprint. This scrumptious feast is sure to leave guests with a full stomach and impress those who love eating as much as Luffy. Don’t forget to try out the One Piece-themed desserts at Aqua City Bakery for even more photo-worthy treats. 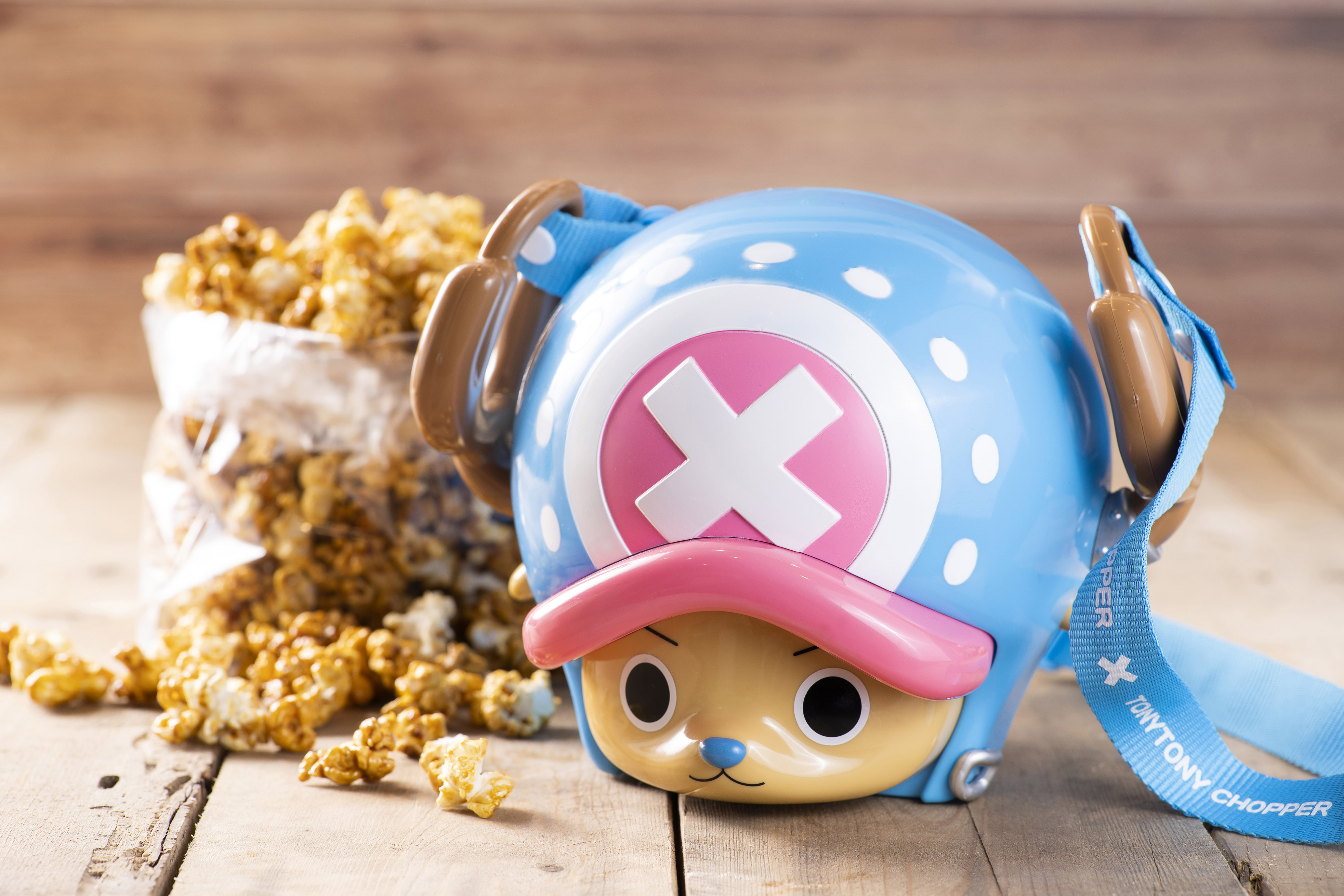 During the Ocean Park Summer Water Battle presented by SKECHERS, fans can also look out for the exclusively designed Luffy Themed Topper Cup and Chopper Themed Topper Cup, as well as the cute Chopper Popcorn Set available at designated food kiosks in the Park. Meanwhile, to enjoy the company of their favourite One Piece characters anytime and anywhere, fans can cop limited-edition merchandise including T-shirts, summer clothing, waterproof phone cases and exclusive One Piece gifts at the Park’s retail shops and game booths while stocks last.

Once players put on VR headsets for this ride, they will be surrounded by the breathtaking views of outer space as they enter an adrenaline-pumping free fall to reach terminal velocity. Thrill-seekers – be sure to watch out! 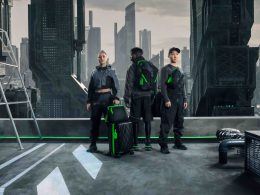 These TUMI x Razer Esports-Inspired Bags looks so sick and every gamer must-have! Only 1,337 units will be released!

TUMI teams up with Razer to reimagine TUMI bestsellers as limited-edition gear for gamers. The collaboration leverages TUMI…
byIrone Kim Summerlong debuts 5 milkshakes for you to beat the summer heat!

Say “Konnichiwa!” to the returning McDonald’s Hokkaido Salmon Burger with a new line-up of Hershey’s desserts and McCafé treats!