Toy Story 4 continues from Toy Story 3, where Sheriff Woody and Buzz Lightyear, among their other toy friends, have found new appreciation after being given by Andy to Bonnie. They are introduced to Forky, a spork that has been made into a toy and embark on a road trip adventure together. For those who are old enough like yours truly, the first Toy Story movie was released back in 1995, a good 24 years ago! It’s amazing how timeless the tales of Woody, Buzz Lightyear and their friends are. It is 2019 now and my son and I are still enjoying stories about them.

Asher and I caught the preview screening of Toy Story 4 over the Father’s Day weekend and we both enjoyed it very much:

What better way to spend Father’s Day today than to catch the preview screening for #toystory4 together with my son Asher! The first #toystory movie was released back in 1995, a good 24 years ago! It’s amazing how timeless the tales of Woody, Buzz Lightyear and their friends are. It’s 2019 and my son and I are still enjoying stories about them. Toy Story 4 will be out in Singapore cinemas from 20 June. Go catch it! Oh… If you swipe on… Asher brought me to his favourite noodle place in Toa Payoh for dinner after that and ordered the dishes which he thinks both of us would enjoy. He even told me it would be value for money and that he can just order a $2 pumpkin porridge for himself to save money. #fatherandson #fathersday

Other than the fact that the Toy Story series is such a timeless classic that can be enjoyed by all ages, my other big takeaway from the movie is that toys come in all forms and Toy Story 4 is really a celebration of diversity. In the movie, there are toys like Forky who is made from recycled material (or trash), toys won from funfairs as well as vintage toys which are more like collectible antiques. What constitutes a toy is not as straight-forward as it seems and we ought to be inclusive. Toy Story 4 is a beautifully animated movie with an entertaining storyline and engaging timeless characters. Just like the other Toy Story movies, it is a crowd-pleaser that is set to deliver big at the box office. Without giving away too much of the plot, the ending is a surprise outcome, but an adept way to wrap up the movie series (for now).

Toy Story 4 will be out in Singapore cinemas from 20 June. Go catch it! 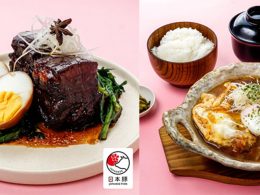 From now till 20 March 2022, 11 Japanese restaurants in Singapore present up to 30% off exclusive Japanese…
byIrone Kim

We Singaporeans are suckers for time. There’s always not enough time to work, to play, or have sex.…
byCaymen Tan

[BIG SALE] Here’s a list of every sale and promotions you shouldn’t miss this March as Lazada turns 8!

Lazada is turning 8, and we all know what that means – BIG SALE! On 27 March 2020,…
byIrone Kim
Power up your child's learning with Geniebook.
Sign up for free demo
This is default text for notification bar
Learn more