McDonald’s Curry Sauce Bottle is selling out in store, some sold on Carousell for $20

Just yesterday, McDonald’s finally answered a lot pf prayers when they offered their famous curry sauce in bottles that customers could take home. The popular sauce goes for $5.50 a bottle whenever you purchase McNuggets, and reports have said that some stores have already sold out the packaged condiment.

Read about the new spicy McNuggets and bottled curry sauce from McDonald’s and where to get them here.

Just how popular is the McDonald’s Curry Sauce Bottle?

According to a report by TODAY, a lot of stores have been sold out of the bottle even if it was just released on May 30, Thursday. Some stores didn’t even have any bottles by evening of that day, so you can be sure that there is a scarcity across the country of this sauce as the days go by.

This is the case even when customers are only allowed to purchase four bottles at a time. Customers can of course get around this rule by simply going to a different McDonald’s branch and ordering more there–if they’re really into the curry sauce.

The bottle was introduced in commemoration for McDonald’s 40th year in Singapore, in appreciation for the fans of the restaurant and the sauce for the past years.

“In celebration of McDonald’s 40th anniversary in Singapore this year, we decided to bring back curry sauce in a bottle again, following its 2016 debut, and also ordered a higher quantity of bottles this time around,” said a representative from the brand.

While the bottled version of the sauce hasn’t been regularly sold, people can still avail of the regular curry sauce tubs that are given for free when people order McNuggets menu items.

According to the same TODAY report, some people had to search through several branches to find stores that still had the curry bottles in stock. One customer tried to buy the bottle in Chinatown, but only found available stock in the Yew Tee branch. The story said that out of six branches, only the Yew Tee and the Shaw House Lido branches still had bottles, but that was yesterday evening.

Another customer said that she liked the bottle so that she could take it with her abroad. The sauce has a lot of sentimental and nostalgic value especially for students who are enrolled in universities abroad.

Other customers, weren’t that affected by the shortage of the bottles since they were not above asking for several of the free tubs of curry sauce instead of actually buying the bottle. Why would someone pay $5.50 when you can get the sauce for free anyway, right?

If you really wanted to get your hands on McDonald’s Curry Sauce Bottle and you can’t seem to find a store that still has any stock, you may want to look at popular selling platform Carousell, where people have started to upload listings of bottles for sale–with the going price of $10 up to $20 a bottle. That would put the price on Carousell at least twice the price with some charging four times the original price.

Are you trying to get your hands on a bottle of sauce? Let us know in the comments! 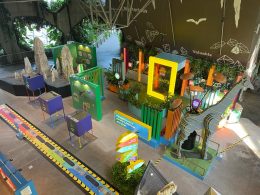 Be ready to be mind-blown with National Geographic’s “Weird But True!” installations at Gardens by the Bay Singapore

National Geographic brings to Singapore’s Gardens by the Bay, a series of four exciting and educational exhibitions set…
byIrone Kim 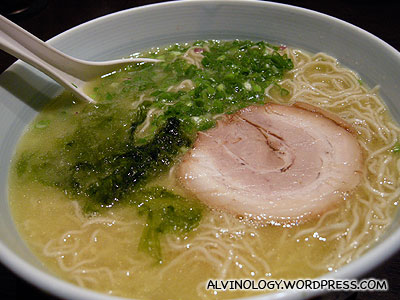 Flavourful soup-base, tangy noodle texture, reasonably priced, what more can one ask from a ramen restaurant? 🙂 Although…
byalvinology